100-year-old grandmother Eileen Wilkinson has an awful lot of wisdom to share. And, with the help of her grandson, Eileen has a makeshift office set up on the streets of New York so she can share that wisdom with total strangers. Anybody can come and sit down at the laptop and talk with Eileen even though she lives clear across the country.

Hundreds of people have stopped by her booth to hear the advice this wise woman has to share or just to chat. It's so incredible to see Eileen reaching all sorts of people through the Internet and social media. I know her wisdom is taken to heart and it's obvious that the public loves her. And what a fun idea! What would you ask this sweet grandma if you had the chance?

Jeanne Robertson has been stealing the stage for years as a witty Christian humorist who tells stories based on her life experiences. Always one to look for the humor in every situation, Jeanne has a knack for finding situations to poke fun at that we are all able to relate! Most charming about her style is the way she is able to embelish a story to weave the perfect imagery while maintaining family-friendly content. Since posting a Youtube a few years back, Jeanne has found a new generational audience to connect with and is loving every minute of it.  Here are 10 things you might not know about Jeanne!

Technically speaking, funny woman Jeanne Robertson isn't a comedian, she's a humorist. “There’s a big difference between comedy and humor,” says 69-year-old Robertson in a southern drawl drenched with gentility. “Humor is not about one-liners or being able to tell jokes. It’s about accepting things about yourself that can't be changed and finding the humor in situations around you. Things happen on a daily basis that are really funny, but people often let the funny stuff get away, either because they don’t notice it as funny, or they don't make it a priority to look for it.”
credit: Forbes

"The humorist weaves the longer stories with a point. We don't go 'after' anybody. I'm telling my life!"

At 6’2” Jeanne Robertson was the tallest contestant to compete in the Miss America Pageant. Still to this day, she continues to hold that record!  Not only is Jeanne tall, but she reached this height by the age of 13!. Her sisters, Katherine and Andrea were no where near Jeanne’s height (neither was her mother at 5'5"!).  But thankfully, Jeanne's mother taught her a valuable lesson that life is all about perspective and how you choose to tackle the situation!

Jeanne does all her own social media. After seeing how influential her Youtube presence was, Jeanne decided to jump with both feet into the water. She jokes to her Generation ““What are y'all afraid of?” Jeanne is proud to share that as a 70+ female, she is mastering the art of technology. But she’s well aware that sometimes the terminology can lead to misunderstandings.

"Honey, do you want to Twitter tonight?” Jeanne asked her husband.

This was the first clip Jeanne put online on a whim. It tells the story of her husband, lovingly called "Left Brain", and a trip he made to the grocery store on her behalf.  It went viral instantly. This began Jeanne's viewership on Youtube, GodVine, and GodTube, and it gave her name recognition that she wasn’t expecting. Since then, Jeanne no longer has speaking engagements scheduled for her, but instead has found herself selling out shows built entirely on her own story content!

"When I taped that story, it was right under 8 minutes. When I tell it live, it’s about 14. There’s a saying among speakers that, “You get better, but any tape you do stays the same.”

Jeanne doesn’t have superstitions per se, but she does have a few fears that she would consider “irrational”.  One of them stems from hotel rooms.  Having been a public speaker for many years, Jeanne has seen her share of hotel rooms. This lead her to think about the computerized key system.  What if the room resident had to leave due to a fire and returned but the computer system was effected? That lead to her thinking about her fear – drowning. What if a car goes off a bridge into deep water? With electronic buttons, there is no window crank to turn to let the water slowly in!

But Jeanne's history with room keys doesn't stop there.  Watch as she tells about one time when she had a run-in with an antique room key!

Jeanne admits to having been pulled for speeding in convertible with Miss NC written on the side of the car people going by waving. 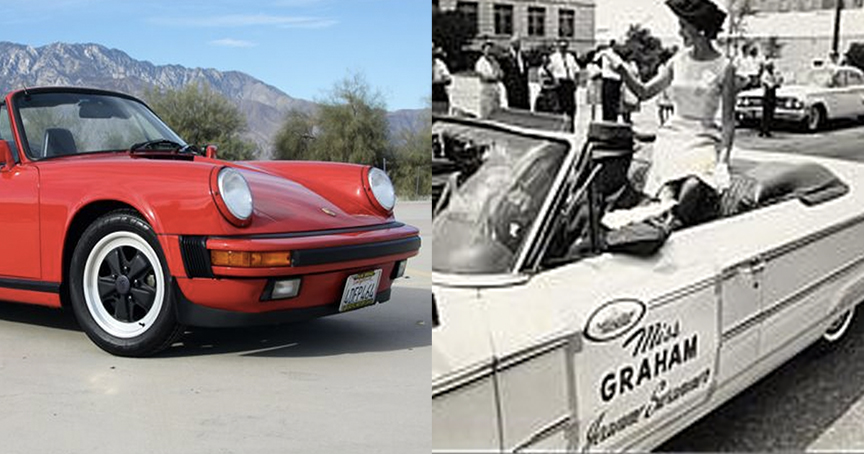 Another side-splitting story told by Jeanne is the time her son lost his car at college and neglected telling Mom and Dad. Of course, she and “Left Brain” did what any good parents would do – they set up a plot to trick their son. The trick? A promise of a red Porsche. All he needed to do was turn in his old car!

When Jeanne won the Miss Graham NC contest, she was unprepared for the talent portion of the Miss North Carolina Pageant.  As a 6'2" teenager, Jeanne had quickly learned to play to her strengths and her height made that strength, basketball.

"I begged them to let me shoot hook shots for the talent part of the Miss America contest," Robertson said in a USA Today interview.  "But they wouldn't let me.  Later I realized why – They thought I would win! Couldn't you just see the headlines if I was chosen: ‘Hooker Wins Miss America!'"


Instead, Jeanne went on to play the ukulele of which she claims to have known 4 chords.

"It was just pitiful. I played the ukulele and sang an original song. I thought the original might help me, but it didn’t help me much. “ 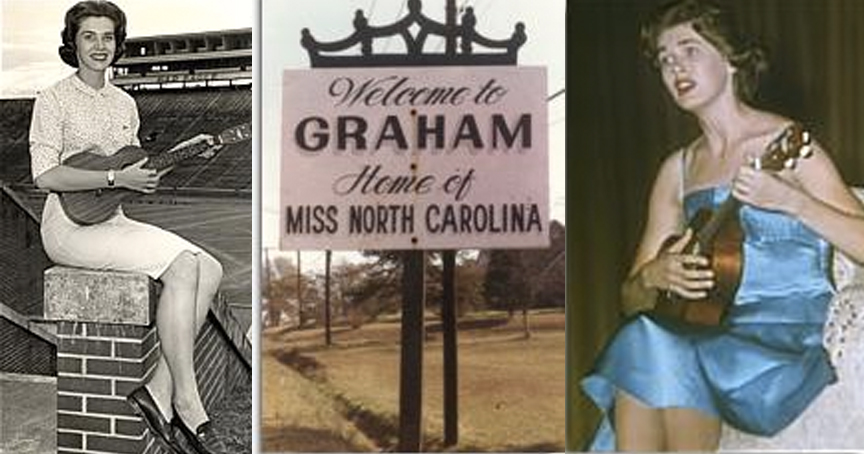 Of course, the pageant also required two unknown questions from the judges.  Jeanne's answer to one of those questions quickly won her credit with the judges and the audience. She played to her strength once again - humor.

"If you boarded a plane and found yourself sitting beside Elvis Presley, what would you do?"

Jeanne referred to her ukulele presentation and replied without hesitation, "I'd get out my ukulele and let him hear some of my songs!"

Jeanne is very open that she took after her non-cooking grandmother, rather than the one who could.  She loves to eat, but relies on the cooking prowess of others.

Jeanne taught Physical Education for 9 years.  Her love of basketball and gymnastics as well has having been in the unique position of being the tallest kid in the class during middle school, served her well in working with kids in an athletic arena.  But even with her athletism, she is upfront in saying that she is not "outdoorsy".  She's done countless skits on her idea of camping, including the hilarious image she paints of a 6'2" woman and 6'6" man trying to squeeze into an itsy-bitsy tent ("Don't Get Frisky In A Tent").

Even more amusing was the time she and L.B. were encouraged to bungee jump.  You can imagine her concern when the average American is 5'4"!  Of course, with Jeanne there is laughter around every corner and always making fun of the things that we each worry about, such as aging , wrinkles and hearing loss.  Pair that with bungee jumping and we have a true winner!

“I lie in bed at night and I hear myself wrinkling! It’ll wake you up! And some of you have heard it ... and you know who you are!”

1.  Jeanne Robertson - What Am I, Chicken Liver?

When asked if she has a least favorite food by interviewer, Talylor Cole Miller, Jeanne was quick to answer!

Because sharing her dislike of liver wasn't enough, she went on to share about a recurring dream she has.

“One night I dreamed I was in a platter, in the middle of a huge table, with chickens all around with their forks going ‘Get her, Get her’ “

Being from Graham, North Carolina, Jeanne is also quick to joke about her Southern accent.  She wears it with pride.

Knowing that Jeanne had often joked about her accent, which is a lovely Southern drawl, interviewer Taylor decided to have her pronounce some commonly joke about words and compare them to his own Midwestern accent. Enjoy!

YOU MAY ALSO LIKE: 11 Easter Movies on Netflix for Your Kids and Family

October 25, 2017
What The Bible Says About Gun Control