4 Puppies Are Miraculously Rescued From an Air-Tight Tupperware Container

Annie Hart, the founder of animal rescue group the Bill Foundation, got a strange call in the middle of the night that led to her rescuing a group of puppies from sudden death. 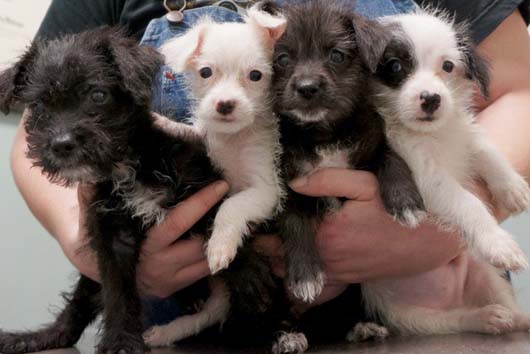 "She watched him close the lid and knew they wouldn’t get nearly enough air to stay alive for long," Annie said. "Sam tried her best to reason with him, without jeopardizing her safety, but he wouldn’t give her the puppies. She called me in desperation, and in less than a minute, James, my husband, our dog, and I were in our car and dashing to meet her."

Minutes later, Samantha called Annie again. She was desperate; the homeless man boarded a bus and was riding away from her with the puppies. Annie suggested that she get into her car and try to do anything she could to slow the bus down. When Annie caught up to the bus, it was slowing down to let passengers off. 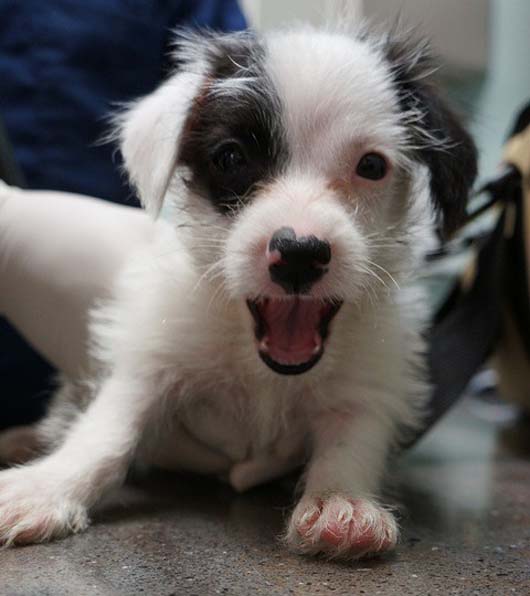 Annie raced onto the bus and looked for the man with the trapped puppies. She spotted him and formed a plan of action.

"It wasn’t until I was on the bus that I realized there were serious risks involved with what I was doing and just how careful I needed to be. For all I knew, this man could be dangerous, or have had a weapon and I could easily get hurt. With this in mind, I decided to go for a gentle and slow approach and try to befriend him."

She was able to convince the young man to sell her the puppies. She only had enough money to buy three, but she sent her husband out to get money so they could purchase the fourth. She didn't want to cause an altercation with the man, she just wanted to do anything she could to get the puppies back from him.

After a check-up, fluids and food the puppies began to bounce back and become full of energy. They survived an incredible ordeal thanks to two heroic women - God bless those guardian angels!