Deli-guy Shane, works at Walmart and has a lot of really clever ideas. This worker really enjoys his job and keeping management on their toes!

A coworker of "Shane the Walmart Deli-guy" started posting some of managements' corrections to Reddit. Everyone wants to enjoy their job and Shane is no exception. We suspect that being a deli worker at Walmart may not be Shane's dream job. But Shane seems determined to climb the ladder of sales - even if that means hawking the deli equipment itself!

Perhaps Shane is just a figment of a few Walmart employees' imaginations but for now, we're happy to envision deli-guy Shane grabbing snapshots of his customers when they order "cheese"!

1. Ordering At the Deli Might Be A Million Dollar Question 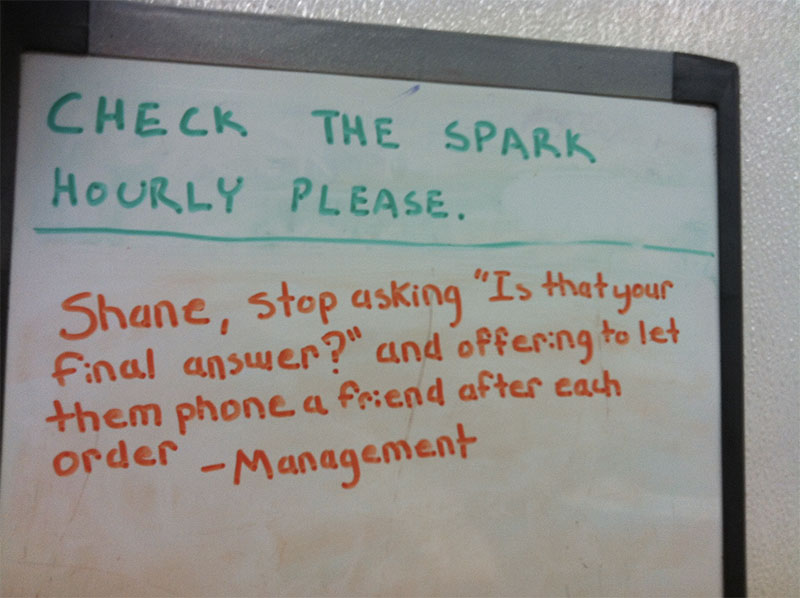 Does the option still stand to poll the audience? Salami or pastrami?

2. Walmart Doesn't Have A Secret Stash But if they did have goodies in the back, would the rollback smiley face point the way?

RELATED: 10 Christian Comedians We Can't Get Enough Of

3. Shane the Deli-Guy Has A Knack For Sales 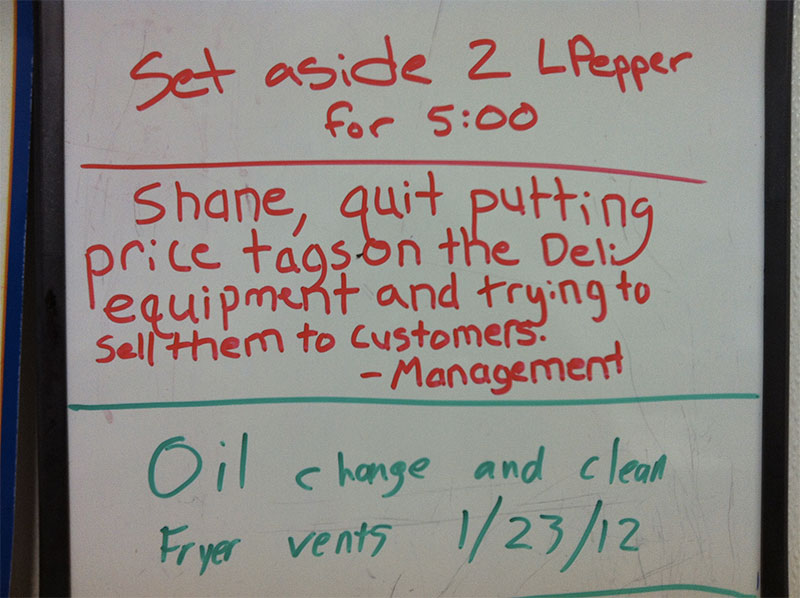 What's the going price on a frequently used meat slicer?

4. Is That Roast Beef Or Roast Turkey? 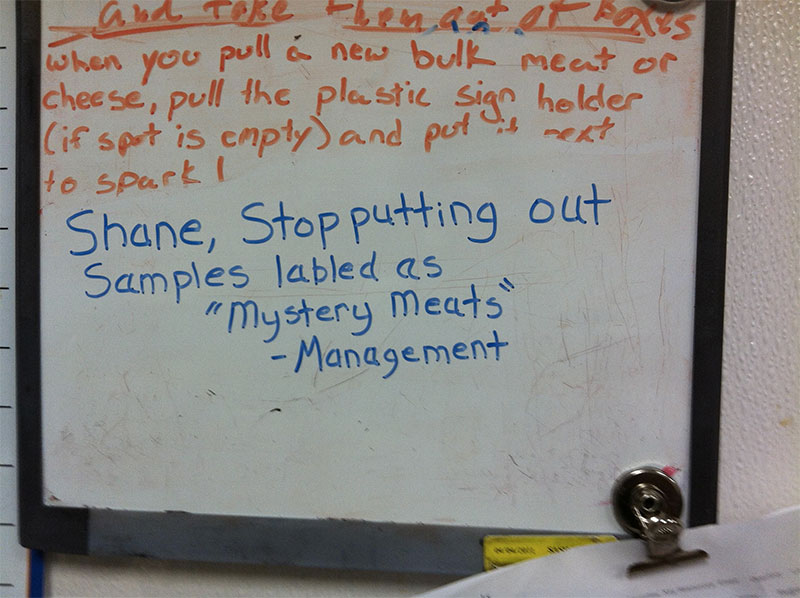 If you guess the meat do you get a discount?

5. Once You Drive It Off The Lot, It Depreciates Quickly 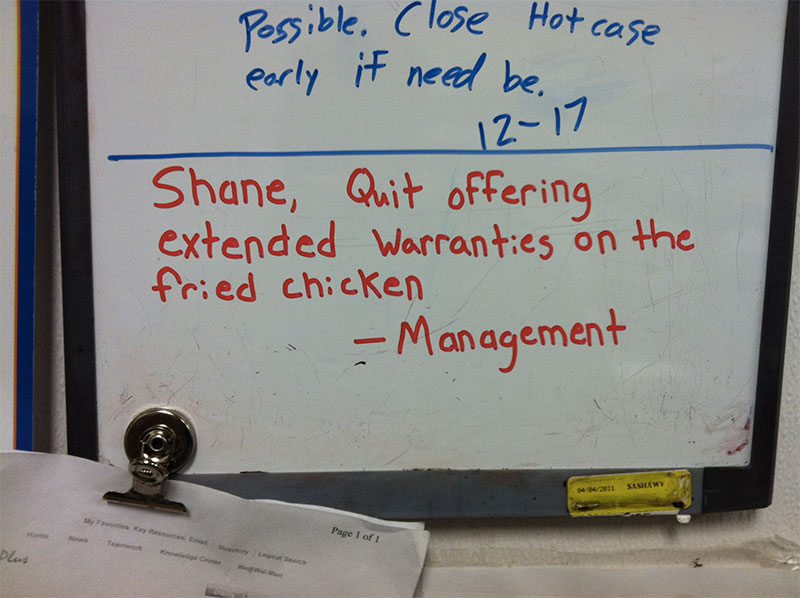 How do you know when it's time to call in the warranty on fried chicken?

6. There May Be Pieces To This Puzzle Missing 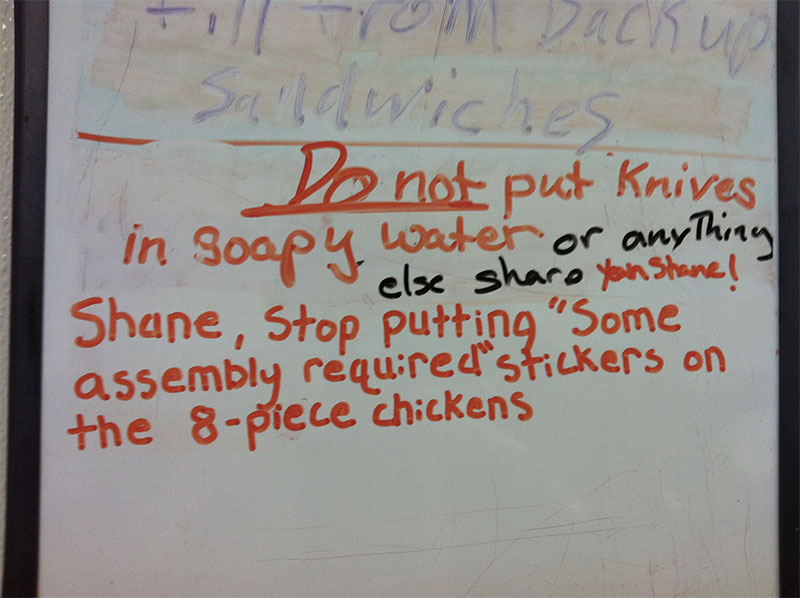 What is the suggested age limit for this assembly project? 3 years + ? 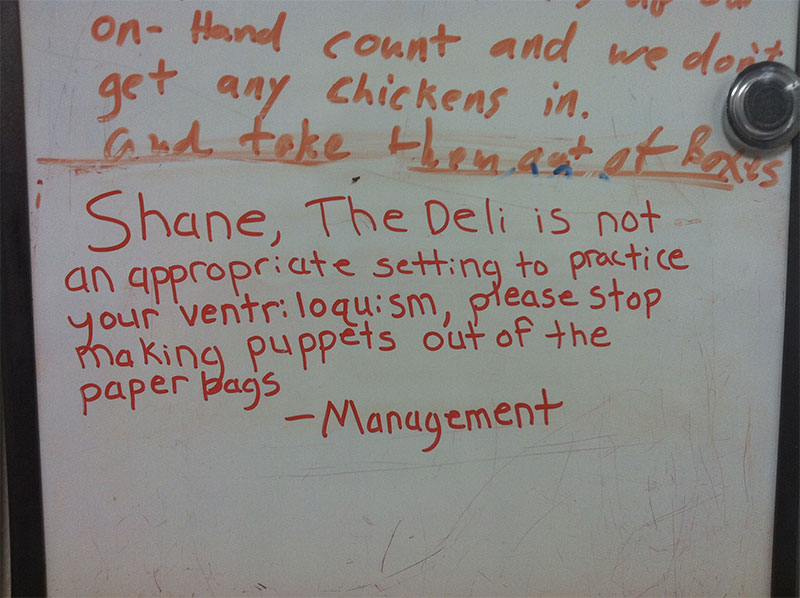 It's probably better that Shane practices with paper bags than the partially assembled chickens!

YOU MAY ALSO LIKE: Grocery Store Remodel Gets Hilarious Response from Frustrated Mom