When we remember September 11, it’s hard not to focus on the sadness and the sheer terror from that day. But amidst the stories of loss and tragedy, there are also many of the loving unity that arose from the ashes of the terrifying attack. A flight attendant on a Delta flight rerouted during the attacks shares the compassion she witnessed firsthand.

The shock of it all caused a collective pause, as people struggled to make sense of what had just occurred. But the stunned pause quickly gave way to action. People all across the world put aside differences and came together -- to minister, to mend, to offer support and to love.

Below is a story about a Delta flight that was rerouted to Canada due to the attacks, and is told by a flight attendant who was onboard. It has been circulating on the internet since 2001, and goes to show that light shall not be overcome by darkness. 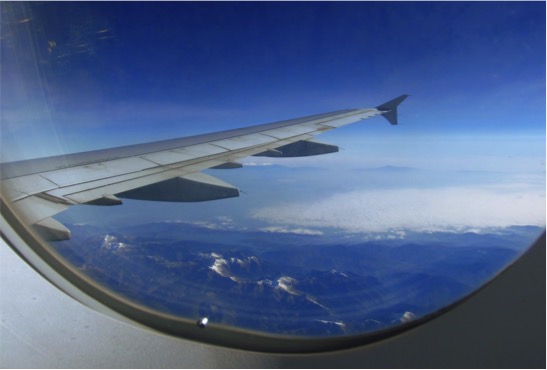 We were about five hours out of Frankfurt flying over the North Atlantic. All of a sudden, I was told to go to the cockpit to see the captain. As soon as I got there I noticed the crew had one of those “all business” looks on their faces.

The captain handed me a printed message. It was from Atlanta, addressed to our flight, and simply said, “All airways over the Continental U.S. are closed. Land ASAP at the nearest airport, advise your destination.”

We knew it was a serious situation and we needed to find terra firma quickly. It was quickly decided that the nearest airport was 400 miles away, behind our right shoulder, in the town of Gander, on the Canadian island of Newfoundland. A quick request was made to the Canadian traffic controller and a turn to Gander was approved immediately.

We found out later why there was no hesitation by the Canadian controller approving our request. We were told to get the airplane ready for an immediate landing. While this was going on, another message arrived from Atlanta telling us about some terrorist activity in the New York area. 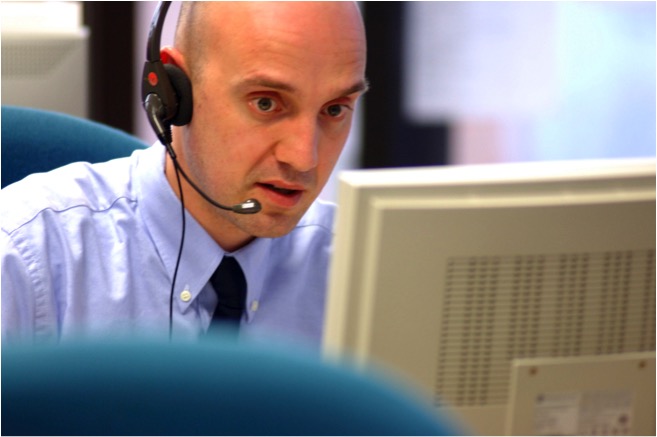 A few minutes later, I went back to the cockpit to find out that some airplanes had been hijacked and were being flown into buildings all over the U.S.

We decided to make an announcement and LIE to the passengers for the time being. We told them that an instrument problem had arisen on the airplane and that we needed to land at Gander, to have it checked.

When we landed, we saw that there were already about 20 other airplanes on the ground from all over the world.  After we parked on the ramp, the captain announced the little bit we knew about the situation in the U.S. There were loud gasps and stares of disbelief.

Gander ended up with 53 airplanes from all over the world, 27 of which were flying U.S. flags.

Our 218 passengers ended up in a town called Lewisporte, a while away from Gander. They were put in a high school.

Hospitality At Its Finest 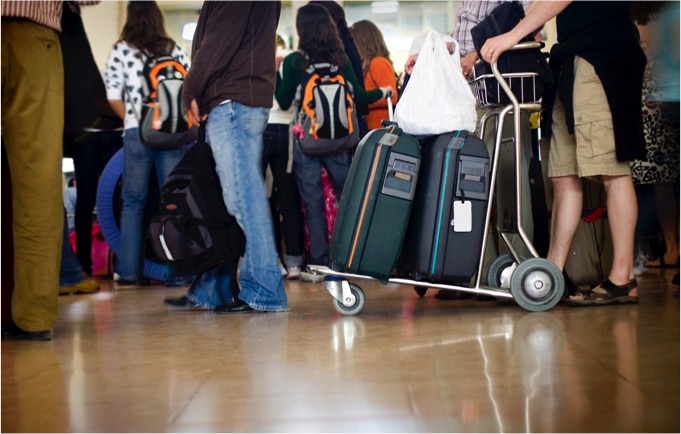 If any women wanted to be in a women-only facility, that was arranged. Families were kept together. All the elderly passengers were taken to private homes. A young pregnant lady was put up in a private home right across the street from a 24-hour urgent care facility.

Gander had promised us any and all medical attention if needed; medicine, water, and lavatory servicing.

The locals were so friendly and they just knew that we were the “plane people.”

We found out that Gander and the surrounding small communities had closed all the high schools, meeting halls, lodges, and any other large gathering places. They converted all these facilities to a mass lodging area.

Some had cots set up, some had mats with sleeping bags and pillows set up. ALL the high school students HAD to volunteer taking care of the “guests.”

RELATED: Flight Attendant’s Kindness Towards A Disabled Man Is Inspiring

During the day, the passengers were taken on “excursion trips.” Some people went on boat cruises on the lakes and harbors. Some went to see the local forests.

Local bakeries stayed open to make fresh bread for the guests. Food was prepared by all the residents and brought to the school. Others were driven to the eatery of their choice and were fed.

They were given tokens to go to the local Laundromat to wash their clothes, since their luggage was still on the aircraft. Every single need was met for those unfortunate travelers.

When it came time for the passengers to fly back to Atlanta, it was like they had been on a cruise. Everybody knew everybody else by their name. They were swapping stories of their stay.

Our flight back to Atlanta looked like a party flight. The passengers were exchanging phone numbers, addresses, and email addresses. And then a strange thing happened. One of our business class passengers approached me and asked if he could speak over the P.A. to his fellow passengers.

We never, never, allow that. But something told me to get out of his way.

The gentleman picked up the P.A. and reminded everyone about what they had just gone through in the last few days. He reminded them of the hospitality they had received at the hands of total strangers.

He further stated that he would like to do something in return for the good folks of the town of Lewisporte. He said he was going to set up a trust fund under the name of DELTA 15 (our flight number). The purpose of the trust fund is to provide a scholarship for high school students of Lewisporte to help them go to college. He asked for donations of any amount from his fellow travelers.

In Hebrews 13:2 we are told that hospitality should be shown to strangers, for you may be entertaining angels. Satan was certainly at work on September 11th. But so were God’s angels! The sense of community, hospitality and unity that followed the terror is truly inspiring. And it’s a great reminder of the amazing things that can happen when people look to serve each other in love.

Here are 5 Bible verses to keep in mind when reflecting back on 9/11:

1) "The LORD is a safe place for the oppressed—a safe place in difficult times" (Psalm 9:9)

2) "I know the plans I have in mind for you, declares the LORD; they are plans for peace, not disaster, to give you a future filled with hope" (Jeremiah 29:11)

4) "The LORD loves justice. He will never leave his faithful all alone. They are guarded forever, but the children of the wicked are eliminated" (Psalm 37:28)

5) "Dear friends, let's love each other, because love is from God, and everyone who loves is born from God and knows God" (1 John 4:7)

This man thought he’d die inside of the World Trade Center on 9/11…but prayer changed everything! 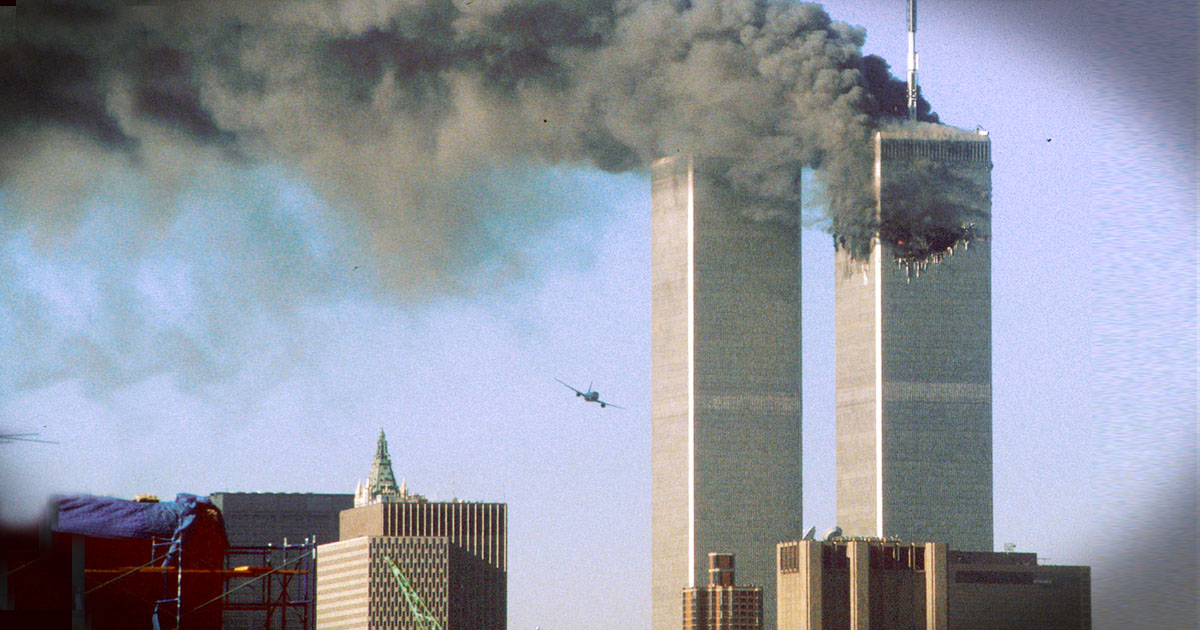 Here is one of the most powerful messages of love ever recorded!