Young Cancer Patient Planned his Own Funeral . . . Then He Got Miraculous News!

A 14-year-old boy who was told he wouldn’t live to see Christmas, appears to be making a miraculous recovery! 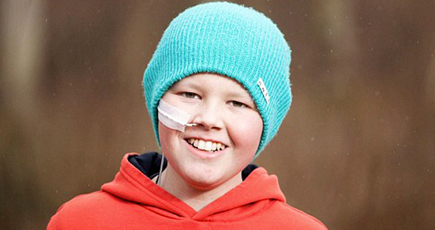 Deryn Blackwell is the only person in the world battling both leaukaemia AND a form of cancer so rare that there only four people worldwide suffer from the disease.

Despite the rarity of his condition and several failed bone marrow transplants, Deryn kept an amazingly positive outlook.  But then, Deryn contracted deadly infections, and doctors told him there was nothing more they could do.

Deryn was moved to hospice to be made comfortable in his last days.  His family held an early Christmas so they could celebrate together one last time.  And Deryn began planning his own quirky funeral, a send-off with enough personality to match the spunky teen. 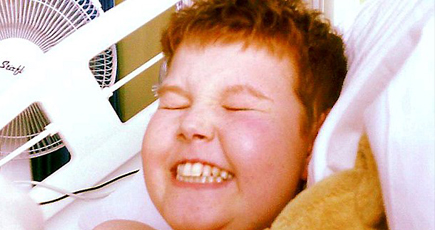 But then Deryn shocked everyone by continuing to battle the killer cancers!  Doctors have no explanation for how it is possible that his body is able to fight the cancer or the infections after the failed bone marrow transplants.

‘My son is fighting TWO cancers - leukaemia and Langerhans Cell Sarcoma. He is truly just one in seven billion all over the world.’ said Callie.

The fact that the young boy now seems to be beating the odds is more miraculous than doctors can even fathom.

We give thanks to God for this amazing miracle, and pray for Deryn’s continued healing.  This special little boy required a special miracle to continue to survive, and he got one!