In Wenzhou China thousands of Christians are risking their lives forming a round-the-clock human chain to protect their church, called Sanjiang, from demolition. Communist officials in Wenzhou painted the church with the word “demolish,” claiming the church was built illegally and is structurally unsound. 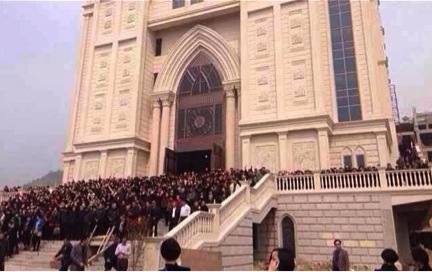 The church, which took over six years and $4.84 Million to build, was built following the strict restriction of China’s official government-controlled Protestant church. Because the church was built under the governmental restrictions church members are sure there is nothing “illegal” or “unsound” about their building.

Sanjiang is a towering symbol of Christianity in Wenzhou and church members believe this is the real reason for the attack. So they have created a 24/7 human chain in an attempt to stop the demolition. The church members including women, children and the elderly are all risking their lives in the name of Jesus. 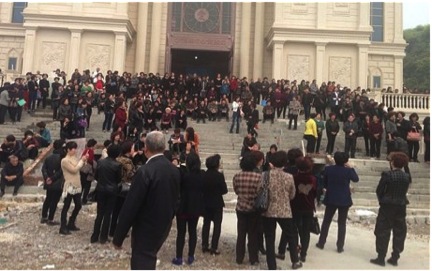 Church officials were informed that the church would be demolished no later than April 18. Pastors are trying to negotiate with Communist officials, but without any written agreement, the church’s fate remains unclear.

One thing that is clear is this congregation is not letting their church be demolished without a fight. They continue to hold sit-ins and prayer vigils around-the-clock and are determined to do so until the very end. 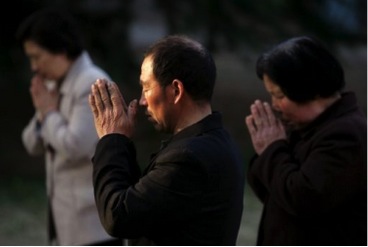 God bless these strong Christians faced with persecution and may he be with them in their fight. Our prayers go out to the members of Sanjiang and we thank God for their bravery!

“But the LORD is with me as a mighty terrible one: therefore my persecutors shall stumble, and they shall not prevail: they shall be greatly ashamed; for they shall not prosper: their everlasting confusion shall never be forgotten.” Jeremiah 20:11