Henry (86) and Jeanette (87) De Lange were married 63 years. And when they said their vows more than six decades ago, they apparently took the "'til death do us part" line to heart. Because when Jeanette left for Heaven, Henry followed behind her only 20 minutes later. And the family has no doubts that this was God's will!

The South Dakota couple enjoyed 63 years of love and laughter.

In that time, they had five children. And those kids -- now adults of course -- couldn't think of a better ending to their parent's touching love story.

"You don't pray for it because it seems mean but you couldn't ask for anything more beautiful," says their son, Lee.

Near the end of their lives, Jeanette developed Alzheimer's disease and was placed in a nursing home. Henry, a Korean War veteran, would visit her several times a day. And his tireless devotion moved the couple's children.

But as Henry's health declined, he knew it was time to join his wife. After suffering a couple of falls and receiving a diagnosis of prostate cancer, he asked to be put into the same nursing home as his bride.

In a sweet gesture much appreciated by the couple's children, the nursing home placed the husband and wife who'd been married 63 years in the same room.

Soon after, the nursing home called to alert the couple's children that neither parent was doing well.

Two of the children (including Lee) were able to make it there in time. They gathered around their parents and read from the Bible until Jeanette gently passed away at 5:10pm.

"We read Psalm 103. We didn't quite get done," Lee recalled. "She passed away very, very peacefully. Incredibly peacefully."

They gently broke the news to Henry once they were sure Jeanette was gone.

"He [Henry], for the first time, opened his eyes, looked intently over where mom was. Closed his eyes back down," Lee explained. "Laid back down, died about 5 or 10 minutes after that."

RELATED: Son catches his parents' final moments together in a touching photo

It was 5:30pm when Henry died. After being married for 63 years, the couple was separated by death for only 20 minutes.

Though it was painful to lose both of their parents, the couple's children consider this timing a blessing from God.

Hear more about this sweet couple in the video below:

What a beautiful act indeed. It may sound like the plot from a romance movie, but this real-life story proves that God's timing is perfect!

"The Lord is good to those who wait for him, to the soul who seeks him. It is good that one should wait quietly for the salvation of the Lord." Lamentations 3:25-26

You’ve got to see what God did as these parents kissed their baby goodbye! 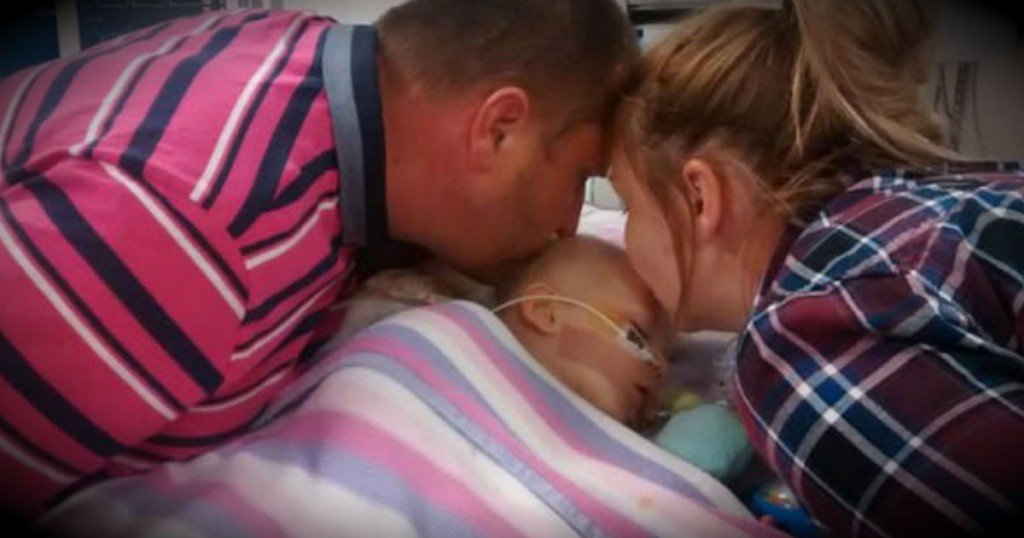