A 'Pregnant' Panda Has a Secret That She's Not Telling Us... But We Found Out & It's Hilarious!

Zoo keepers in China were thrilled when Panda Bear, Ai Hin, started showing signs of pregnancy. She was moving around less and she even decreased her appetite for a short while. The crew was so excited that they started making preparations for the birth of a panda cub, which even included a film crew.

When Ai Hin was pregnant before she was moved into her own room with air conditioner. And because they are eating for two, pregnant pandas always get more fruit, buns and bamboo. 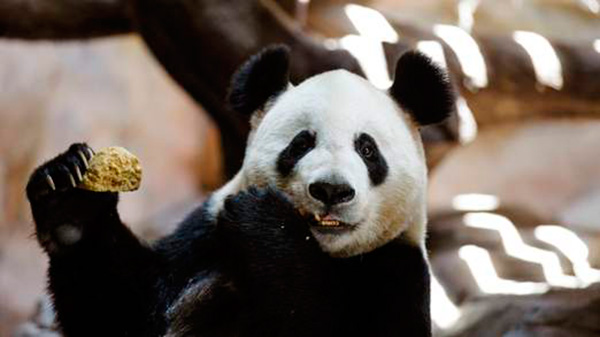 But when this giant panda’s test results came back, they showed that Ai Hin was never pregnant. Experts strongly believe that she was putting on a show to get pampered. They say that she is definitely "smarter than the average bear!"

Panda Bear Ai Hin had a bright idea because pregnant women surely do get the royal treatment. But now we are sure that she knows that it only works if there is an actual bun in the oven. We hope that this cute panda learned her lesson that being deceitful is never a good thing.

Watch the video about this story: