A Single Dadâ€™s Inspiring Letter Went Viral. And What He Says...WOW!

Finding Strength You Never Knew You Had

Bravery isn’t just defined on a battlefield or in a life and death situation. Bravery is stepping up to do the right thing when others do not. It’s standing firm when others crumble. It’s stepping up when others flee. And that’s just what makes Richard Johnson such an amazing father. 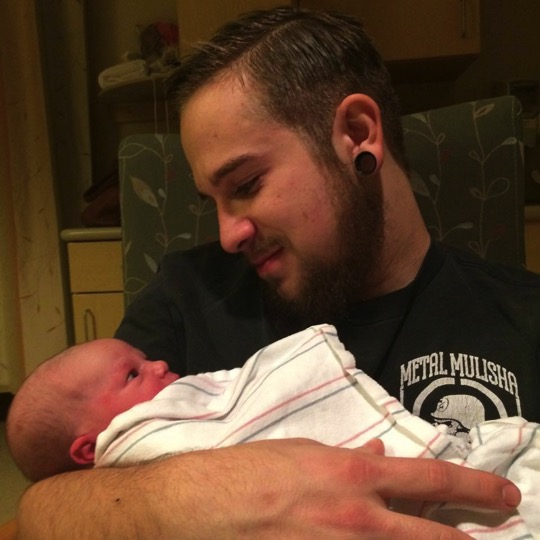 He came from a family where everyone was either divorced or a single parent. His dad was not a part of his life. So, when his daughter, Persephone, was born and her mother took off just one month later, he was alone, scared and overwhelmed. But he knew he wanted to be a better father than he’d had. So, he chose to break the cycle of abandonment and do whatever it took to be a good father to little Persephone.

But how? That was the biggest and scariest question he faced. He said in a Facebook post,

"The days have been rough and at times I wasn't sure I could make it another day. I spent more then a few nights holding my little girl as she slept, weeping because I wasn't sure I was going to be a good enough father for her." 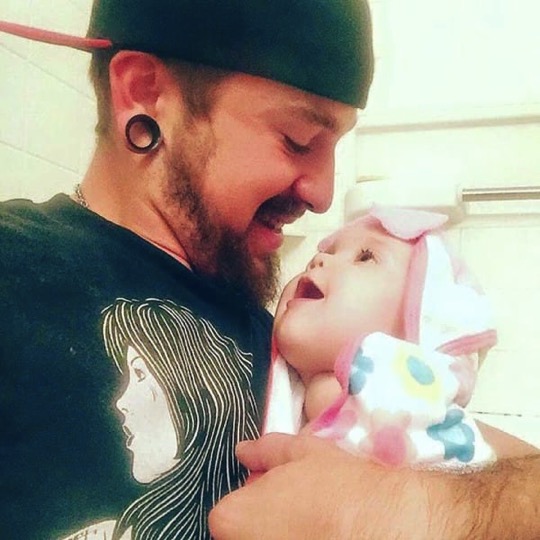 So he read every parenting book he could find and combed the Internet for resources. That’s how he became a part of Life of Dad, a Facebook community specifically for dads. It was both the support and outlet he needed -- a place where he could get advice and encouragement from other dads, as well as find a sense of solidarity with those who shared in his same struggle of being a single parent.

Richard recently posted a touching letter on the page, about how much the community has meant to him in his journey as a single father. Though many post regularly to the Life of Dad page, it is Richard’s honest and tender message that has gone viral.

Continue on to read the post that is inspiring folks everywhere. . .

Life of Dad,My name is Richard Johnson, and I'm a single father to a beautiful little girl named Persephone. Her...

My name is Richard Johnson, and I'm a single father to a beautiful little girl named Persephone. Her mother left about a month after she was born. We still don't know exactly why, but we suspect post-partum depression played a part. In the first few weeks of it being just her and me, I stumbled upon your page by accident. I was so nervous and scared about being a father in general, but now I was a single father and had to fulfill two roles. I wasn't sure I could do it.

I had read every "new parent" book I could find and clocked in over 1000 hours in YouTube videos from everything to braiding hair and painting nails to theories on how to deal with common parental issues. I then started to watch your page more closely and saw that there were other fathers out there who were in similar predicaments as me. The page started to turn into a major confidence booster and really helped me through all of this.

I always look forward to photo submissions and reading the stories of some of the awesome dads out there in this community. You truly helped my daughter and me through a very difficult time. 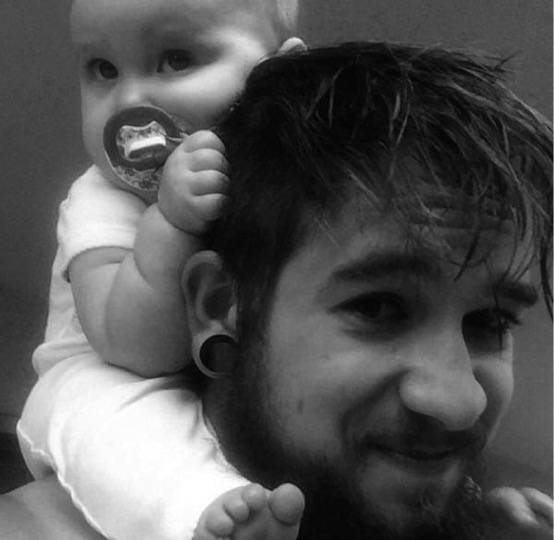 We're both very happy now and continue to grow together everyday. She's now 10 months, and I now get asked by my friends for parenting advice constantly. We've come a long way, my daughter and me, and we definitely owe part of that to this page and the people within it. So from both of us, we wanted to thank you.

Richard’s story is so touching because it proves just how much you can accomplish when you refuse to give up. It reminds me of a quote I once heard from motivational speaker and author, Zig Ziglar:

“The greatest of all mistakes is to do nothing because you think you can only do a little.”

Robert didn’t have all the answers. He was afraid he wouldn’t be able to do everything he needed to in order to be a good father. But he didn’t let that stop him. And it’s truly amazing to see how much God can do with a willing heart! 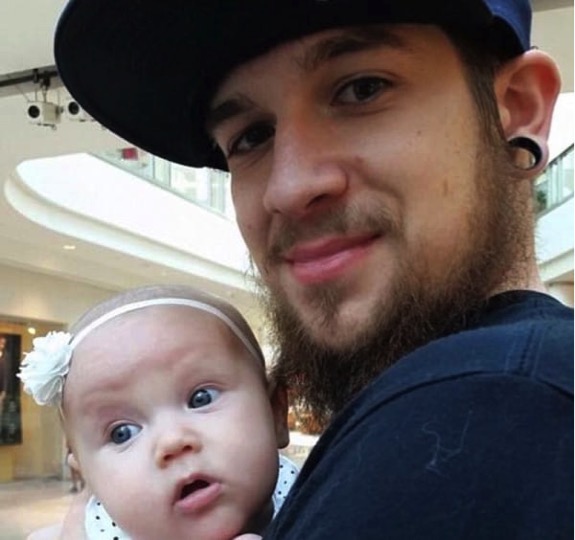 Richard has now experienced what an incredible blessing it is to be a parent. He courageously stepped up to a task that seemed too big, and now he recognizes the amazing things he would have missed had he chosen to give into fear and run. In fact, he had the following message for other single parents:

“For any single parents out there, if you ever feel like the load is too much or you're just not good enough. Look into your amazing child's eyes and just tell them you love them. You'd be amazed to see how much strength you have when someone else is counting on you and loving you more and more for what you're doing. You'll find strength where you thought you had none.”

We’ll continue praying for Robert and little Persephone, and hope you will too. And we’ll also be praying God will provide her mother with healing she needs, and that she will one day be a part of her daughter’s life too. Because no obstacle is too big for our God!

If your heart can stand a little more melting, then check out what this single dad did for his daughter right before the daddy-daughter dance at her school! 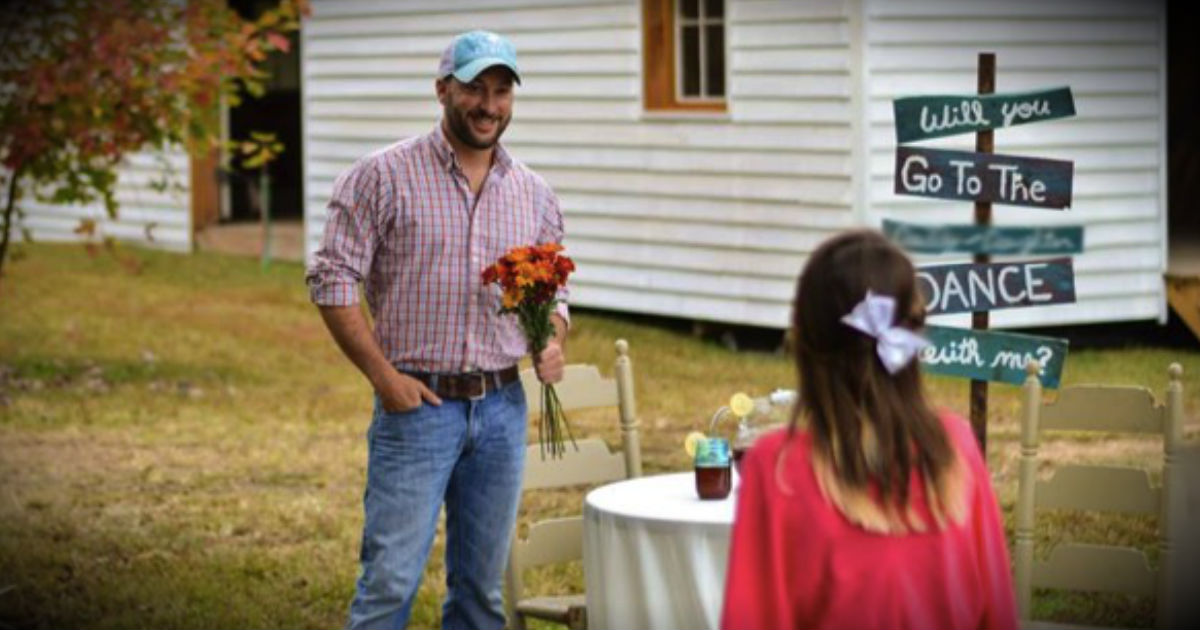