A Cop Rescued An Abandoned Kitten And The 2 Make The Cutest Partners!

This Abandoned Kitten Makes For The Cutest Partner!

Crime fighting just got a whole lot cuter (and hairier!), after this mustachioed police officer with a huge heart rescued an abandoned kitten!

Cody Garrett is a 28-year-old police officer who has a penchant for flashy facial hair, upholding the law and quirky humor, which he shares over various social media outlets via his hilarious online persona, the Donut Operator.

Cody is also known to have a pretty big soft spot for fur-babies. In fact, he often comes to the rescue of animals in need.

He helped get these abused puppies to safety after coming across them while out on patrol.

He and his sergeant helped to free this poor deer that had gotten stuck.

And among the fur-babies Cody has at home is a cat he rescued from the streets a while back and named Toothless.

So, when some of Cody's fellow officers came back to the station one night with an abandoned kitten they'd found under a dumpster, the big-hearted cop didn't hesitate to step in and help.

“I don’t know why they didn’t want it but I offered to take it,” he said.

RELATED: Daring Police Leapt into Raging Flood Waters to Save a Dog

Toothless had recently given birth to a litter of kittens, so he figured she may be willing to care for the abandoned kitten as well.

Turns out, he was right! The orange ball of cuteness fits right in, and became known as Squirt.

Squirt is happy as can be in her new forever home, and has even started sporting her very own mustache!

Thank you Officer Garrett for protecting all of the inhabitants of your community -- even the 4-legged ones!

"It is well with the man who deals generously and lends; who conducts his affairs with justice." Psalms 112:5

Check out what this ‘tough’ biker did after finding an injured kitten at a gas station! 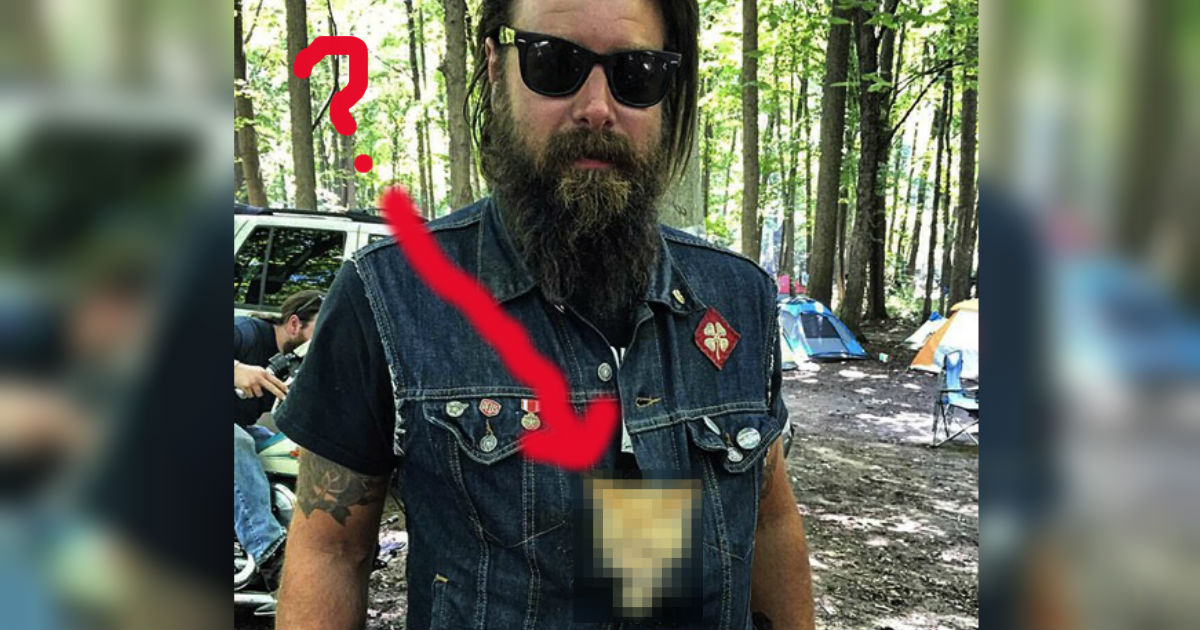