American Idol Contestant Rejected For Her Faith Trusts In God

It's not easy to keep the faith when God says no. But that's just what American Idol reject Moriah Peters did after being mocked and turned away by the judges for her Christian beliefs. And now, looking back, Moriah sees how that rejection led to much better things God had planned for her life!

It was Moriah Peters' mom who convinced her to try out for the popular singing show. She told her daughter it was what God wanted. So, Moriah decided to try out.

She certainly had the talent. But her traditional values are the kind Hollywood finds laughable.

The young Christian girl led a Bible study, and had promised to save her first kiss for her wedding day. During her audition, the judges mocked Moriah for her commitment to her faith. They wanted sexy and edgy -- not wholesome and grounded. They told Moriah to go out and get some "real-life" experience.

“One of the comments was, ‘You need to go into the world and make some mistakes.‘ One of the judges told me to go out and kiss a guy. I knew that was God, closing a door,” Moriah said.

The rejection stung, but Moriah refused to conform to the standards of this world.

As American Idol reject Moriah Peters was leaving the building after the failed audition, a man came up to her. He praised her for her conviction, and introduced her to a woman from the music industry. From there, things just started happening for Moriah and her career!

RELATED: Josh Groban walks out of an interview to stay true to his faith

The connection Moriah made after the audition led to a three-song demo to take to record labels.

“And every single label made me an offer,” she said. “That was insane and unheard of. God answered my prayers.”

Moriah signed with Reunion Records in Nashville. She put out an album, “Choose Jesus”, and the single, “I Choose Jesus,” reached No. 11 on the Billboard Christian sing chart.

"I prayed, ‘God even if it’s just one person, let me plant that seed. Let everything about me bring attention to you.’ If you start thinking it’s about me and my music you will get in real trouble. You get down on yourself if you mess up… It’s not about me it’s about the people who come and connecting the dots to God,” she said of her experience touring.

Along the way, Moriah did decided to take the American Idol judges advice to kiss a boy. Only, she did it her way. Moriah met Joel Smallbone, the singer of For King and Country, and the two later married.

Gratitude For The Closed Door

Now, Moriah is starring in her first faith-based film, “Because of Gracia.” It's a role that almost seems tailor made for her. Moriah's character, Gracia, is mocked for her good girl image.

“… At one point I thought the director created [the] story based on my experiences that he had seen in interviews online because they are so similar, but I think that people will really find a connection to characters…” she said.

And with so many great things happening in her life, Moriah looks back at her failed American Idol audition as what started it all.

“Now I have come to look back on that time with such gratitude," she explains, "because had that opportunity not closed I wouldn't have found all the incredible experiences I have been able to have years later. I think national recording records and touring, meeting my husband eventually and making this movie…all of that stemmed from that what was once rejection and now I can now see a redirection.”

So often we see the trials in our life as a punishment. But it's important to remember that God sees what we can't. And his plans for us are always for good. Trusting in His plan will always bring far greater rewards!

"'For I know the plans I have for you,' declares the Lord, 'plans to prosper you and not to harm you, plans to give you hope and a future.'" Jeremiah 29:11

YOU MAY LIKE: Christian singer Colton Dixon shares why he saved himself for marriage 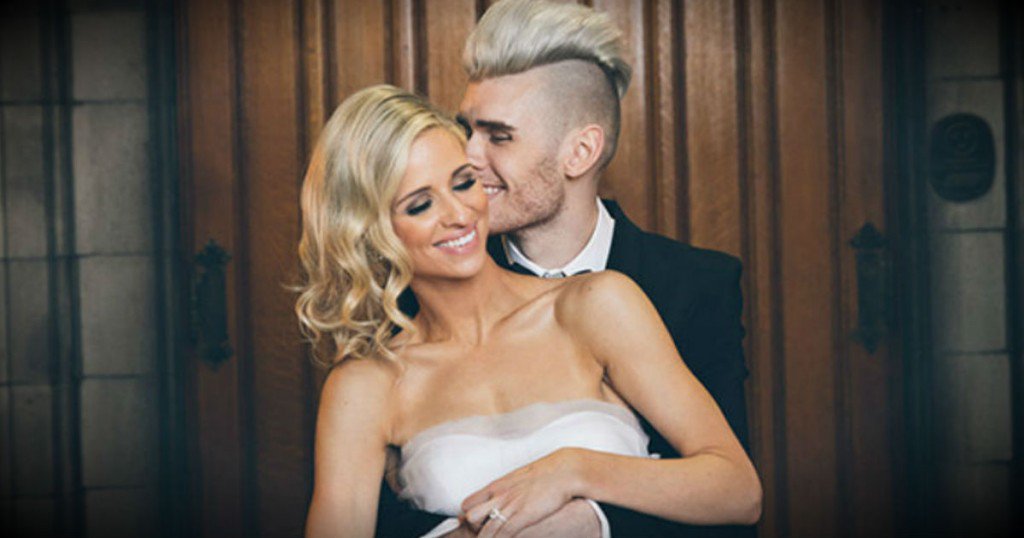 Surgeon Has A Singing Voice You Can't Miss