He Saw A Teen Kneeling Over A Homeless Man

Officer Eric Gaines kept a close eye as a young man approached the body of a sleeping homeless man. His first assumption was that the teen was up to no good. But once he saw what the boy was actually doing, he snapped the following photo which has since gone viral.

Officer Gaines had been suspicious at first because too often he saw folks patting down the sleeping homeless, looking to see what might be in their pockets. But this young man was doing nothing of the sort. Instead, he kneeled down, gently placed a hand on the sleeping man's foot and prayed over him.

“It was a powerful moment,” Officer Gaines said. “Everyone who saw him in the area was moved.”

The young man, who Officer Gaines guesses to be around 15 or 16, acted all on his own and was by himself when he spotted the homeless man sleeping near the bus stop. In fact, the teen was so deep in prayer for the man, he nearly missed the bus!

RELATED: What Kids Choose To Do With $1 Will Warm Your Heart

And his heartwarming deed touched more than those who witnessed it on the streets of Baltimore, MD. Since being posted, the photo has been shared like crazy, renewing faith in our youth for so many people.

“Not all are lost. Some are doing wonderful things in the neighborhood and community and it’s not getting the same publicity in the media,” says Officer Gaines, who's pleased that the photo has gone viral.

What an impressive young man! It's truly inspiring to see someone so young be so bold in their faith. And it's a terrific example of ways to help the homeless. So many rush past the homeless. But you don't have to just give money to make a difference. A smile, a kind word and most importantly, a prayer, can have a huge impact to the less fortunate.

We pray this amazing young man's act has blessed and inspired you today!

See what happened when this police officer ran into the man he'd arrested years before! 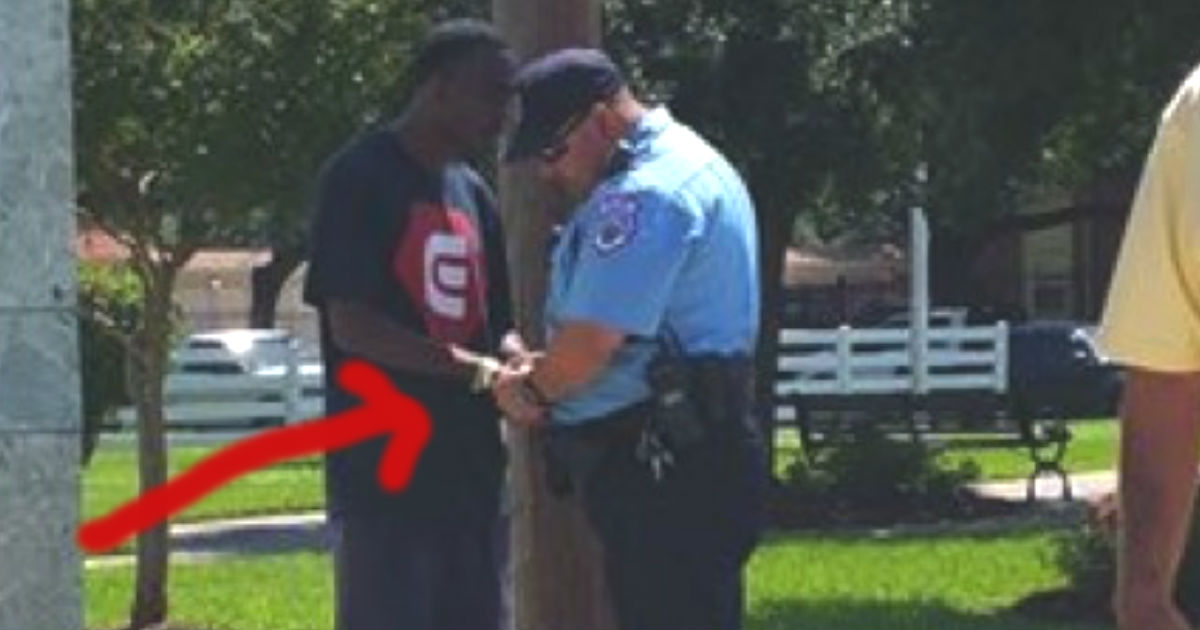