Are We Living In The End Times?

We've all wondered from time to time when the end and the second coming of Christ will occur. Many scholars have even tried to put a date on the apocalypse. Dr. David Jeremiah has some truly incredible thoughts on whether or not we are living in the end times. And they just may open your eyes.

Looking At The Times

In 1859, Charles Dickens opened A Tale of Two Cities with the famous lines: "It was the best of times, it was the worst of times," comparing London and Paris at the time of the French Revolution (1789-1799).

Dickens said life in late 1700's England and France wasn't much different from that of his readers-filled with people who believed the best and worst could co-exist. The world would never change. Dickens' pessimistic picture of life is much like that of the first century.

After Christ's resurrection and ascension, the gospel made great advances. But, when scoffers realized Christ wasn't returning immediately to judge the earth, they murmured: "When will the promise of His coming be fulfilled? "Nothing changes. God doesn't intervene. Life goes on as always."

"How wrong they are," Peter says. (See 2 Peter 3:5-13). God created earth, watched it degenerate, then intervened and judged the earth with a flood. Peter tells us God is preserving the earth and reserving it "for fire until the day of judgment and perdition of ungodly men." Peter then speaks about the future: "The day of the Lord will come as a thief in the night,...the heavens will pass away...the elements will melt...both the earth and the works that are in it will be burned up. Therefore,...what manner of persons ought you to be." (Read 2 Peter 3:10-13).

Today's not unlike Dickens' day from a prophetic point of view-best of times for some, worst for others. Our world's like the world God judged with a flood. Evil all around-the worst of times. But, God rescued righteous Noah and his family! And, God's prophetic calendar says we'll be rescued before judgment falls - so, it's the best of times for believers.

Could This Be The End Times?

Many say America's living in the best time. Look at our achievements-men sent to the moon, organs transplanted, information accessed instantly by computer, the highest standard of living...But, America's prosperity can blind us to its weaknesses. What looks like the best of times can be the worst.

Tempted to trust in America's greatness instead of God's promises? Rome was sacked by the Vandals who infiltrated her Senate while she debated how to defend against invasion! That's like terrorists sitting in the balcony of our Senate listening to our leaders debate anti-terrorism strategies. America's NOT impregnable - 9/11 showed us that. Don't let the "best of times" hide the "worst of times."

RELATED: 10 things you should know about Hell

The Worst Of Times

What makes these the "worst of times?" Immorality. "If God doesn't judge America, He is going to have to apologize to Sodom and Gomorrah" (J. Vernon McGee). Because "To whom much is given...much will be required" (Luke 12:48). America's rejecting the source of her greatness-Light from the Word of God built into her foundation by her founding fathers.

We can echo Dickens: "It is the best of times, and...the worst of times." While we seem to live in the worst, from God's prophetic perspective, times couldn't be better. Next on His prophetic calendar is the Rapture of the Church-the dead in Christ will rise to meet the Lord in the air, followed by those alive at His coming.

The same words that allowed first-century saints to remain faithful in the worst of times will do the same for us: "Beloved, looking forward to these things, be diligent to be found by Him in peace, without spot and blameless" (2 Peter 3:14). "Comfort one another with these words" (1 Thessalonians 4:18). And, look for the best of times yet to come-with hands hard at work for Christ!

A pastor explains the 4 horses of the apocalypse! 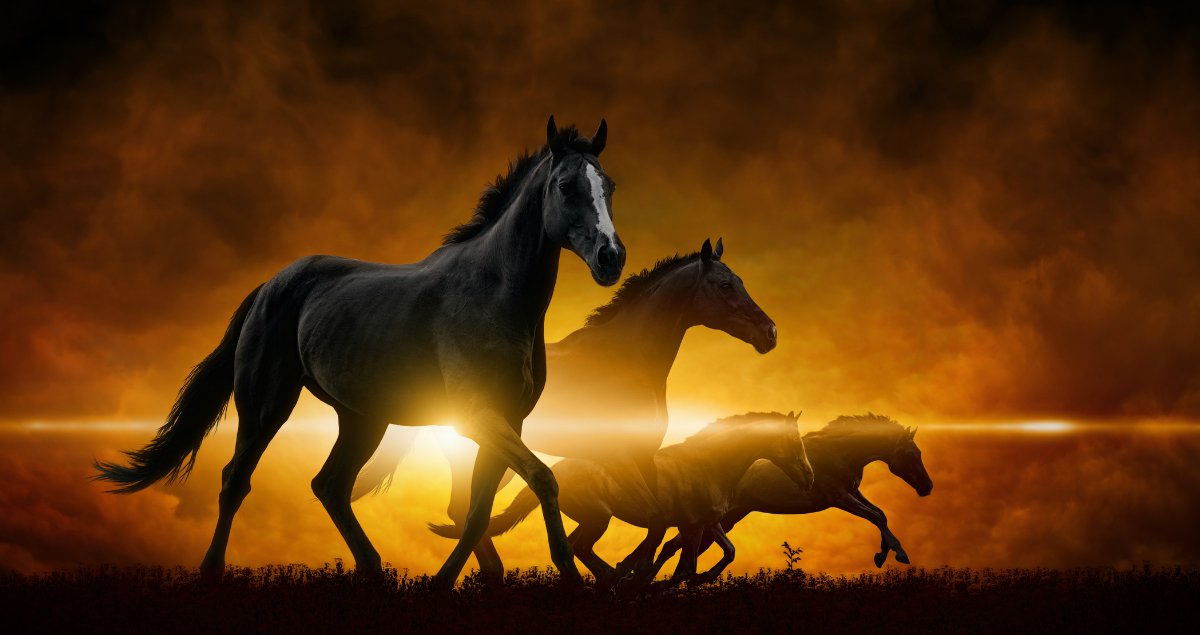