Attempt To Stab A Priest In Church Is Blocked By The Power Of JESUS!

An Attempt To Stab A Priest In Church Is Foiled!

When you're at church, it's not uncommon to see someone being moved by the Spirit. But in a little church in Columbia, a man attempting to stab the priest unexpectedly got a taste of the power of the Holy Spirit. And thanks to the security footage recently released by the church, everyone is getting to witness this incredible case of divine intervention! 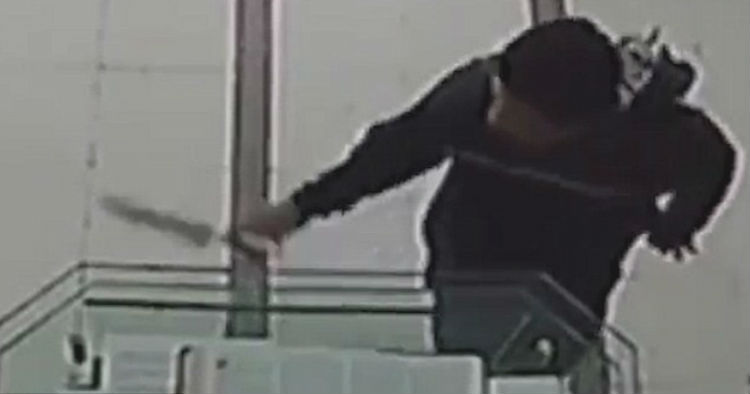 Pedro Pablo Martin stood in front of his congregation, giving his sermon. A bit earlier in the service a man in a hooded sweatshirt had approached the priest, whispered into his ear, "I'm here to kill you."

As unsettling as the comment was, Father Martin politely asked the man to return to his seat and to listen to the service. He didn't take the threat too seriously, and certainly wasn't going to let it deter him from sharing the Word.

But it became clear that the threat was very real, as the man leapt from his seat, pulling out a frighteningly large knife and heading straight for Father Martin. But the man of God called upon our Lord for help and that is when God intervened! 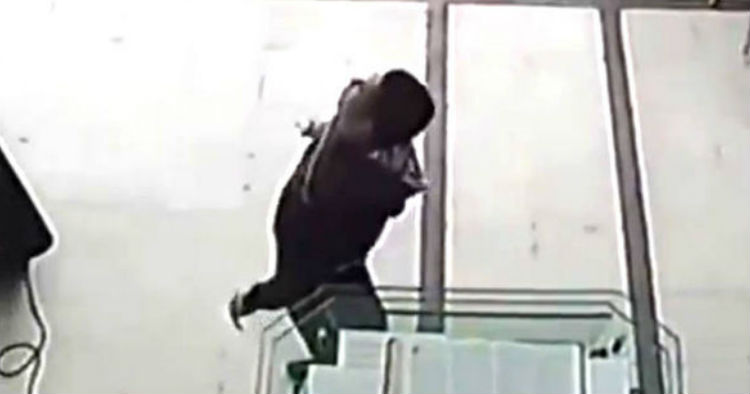 As the attacker removed his hood and turned to carry out his terrible mission of violence, his back suddenly arched back -- almost as if he was being pushed by an unseen force. He fell backwards onto the ground, his body convulsing.

"There is power in the name of Jesus."

That is the phrase Father Martin continued repeating, as several worshippers rushed forward to disarm the attacker. The congregation rose to their feet in awe, the room filling with applause and praise. 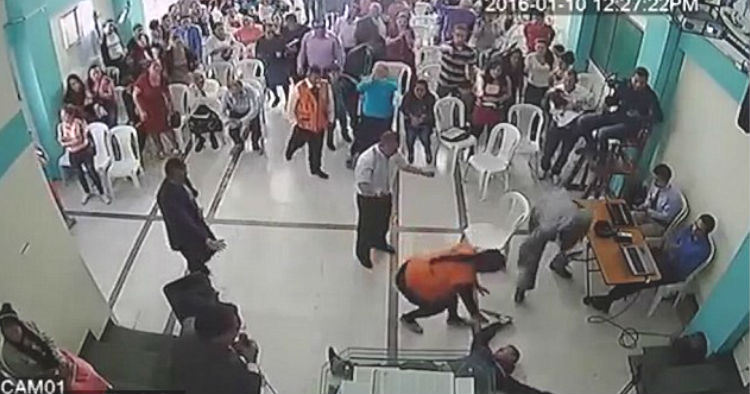 The police were called, but when they arrived, Father Martin instructed them to release the man.

"I'm confident he won't try this again. I thought about making a formal complaint but I've decided to leave his fate in the hands of God," the priest said.

Since the release of the video, there are naturally those on YouTube suggesting the video is stage, perhaps as a PR stunt for the church. But Father Martin, who was interviewed by a local radio station, firmly denies these accusations.

“It’s 100 percent authentic. What happened was a display of the power of God protecting us from Evil,” he says.

And we certainly agree!

"Put on the whole armor of God, that you may be able to stand against the schemes of the devil." Ephesians 6:11

This couple was saved by God’s hand when their car hit a pole head on!