Autistic Boy and his Father Tread Water for 15 Hours, Saved Only by a Toy Story Quote

When an autistic boy and his father were stuck in the Atlantic for 15 hours, the only way they survived was by repeating a favorite line from a Disney Movie. 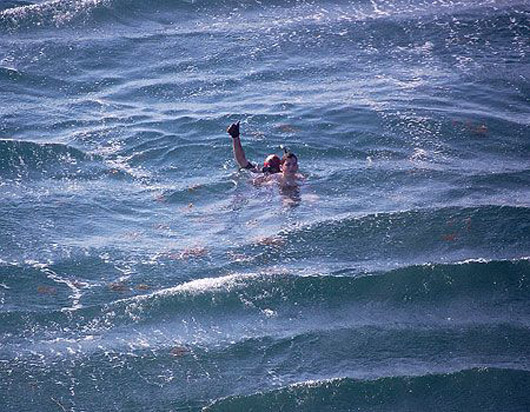 While treading waters for hours, sometimes the pair would be pulled apart by choppy waters. When they were separated, they would repeat a Toy Story line to each other. "To infinity," the father Walter would yell. "And beyond," Christopher Marino would finish.

The two were vacationing in Daytona Beach when the son, Christopher, was pulled out by a current. The father swam out after him and then the pair got swept away and stranded in the ocean overnight. Because of the currents, the two were eventually separated, each still calling out for each other. The next morning, a boater found the father 8 miles from the shore. Panicked and without his son, the father expected the worse. 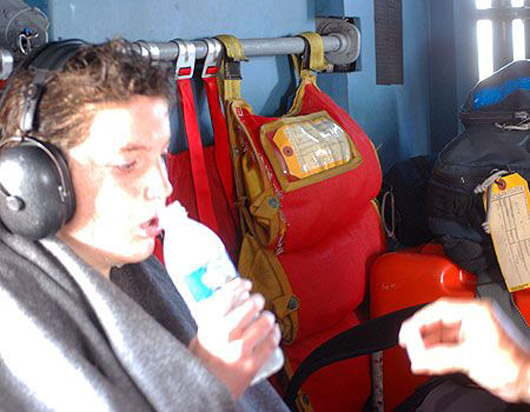 2 hours after Walter was rescued, the U.S. Coast Guard asked him to come upstairs on the rescue boat. He thought they would have bad news, but the Coast Guard found his son, only 1 mile away from where he was rescued!

"At that point, I was just elated and I never kissed so many Coast Guard men in my life," Walter said.

By sticking together, repeating the line from the movie and never giving up... God worked a miracle through these two! They found strength in the most hopeless of places and they SURVIVED.