This tiny orange tabby was born with a severe birth defect that left his back legs basically backwards. To get around, he had to drag his whole behind, which was no way to live. This little guy was only a few weeks old when he was brought in to Chicago's Tree House Humane Society. 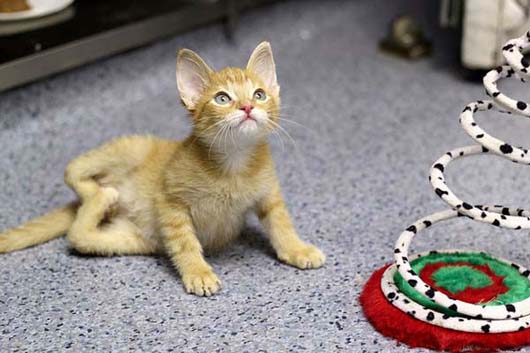 The Humane Society named the kitten Stockings. His hyperextended backwards and formed a "W" shape and he couldn’t walk, run, jump, play or use the litterbox. 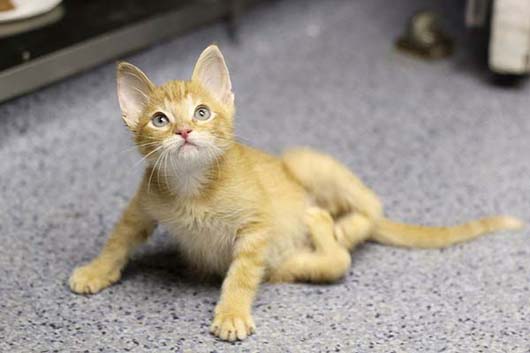 "He had so much pent up energy! He wanted to run around like other kittens and play," a rescuer said. "He'd jump up and fall on his face. He really wanted to do what he couldn't do." 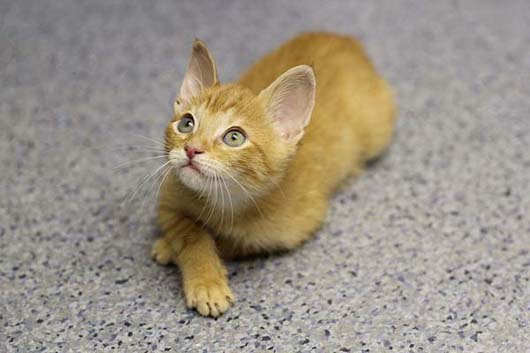 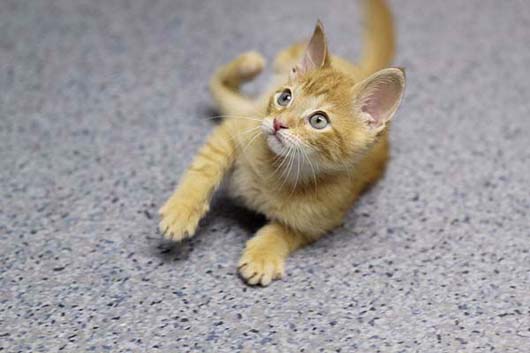 "If we did nothing, this cat would most likely have been euthanized," Dr. Neihaus said. Then, Dr. Neihaus performed an experimental surgery on the then 8-week-old kitten. 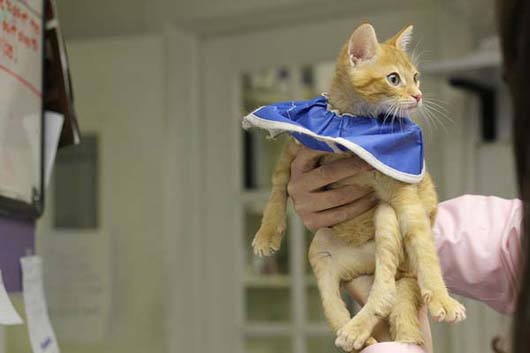 The procedure was risky, but it worked. Three procedures and six weeks later, Stockings' feet point forward. He can walk and run without pain. Not only that, but he could play. 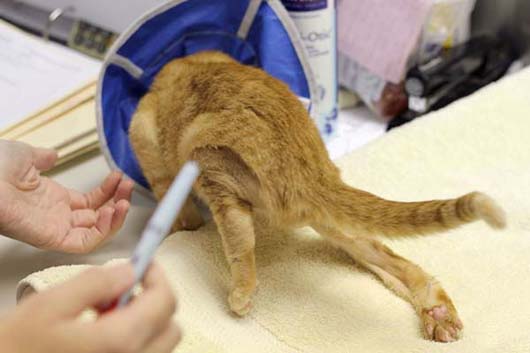 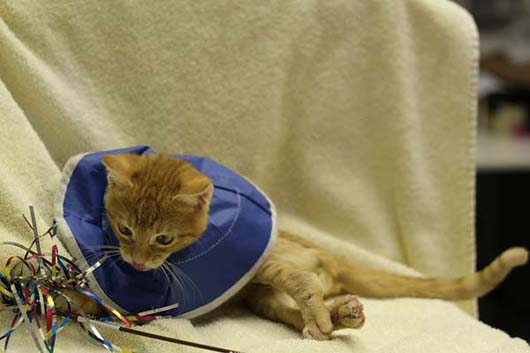 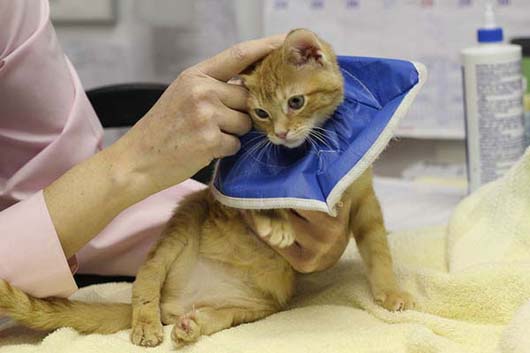 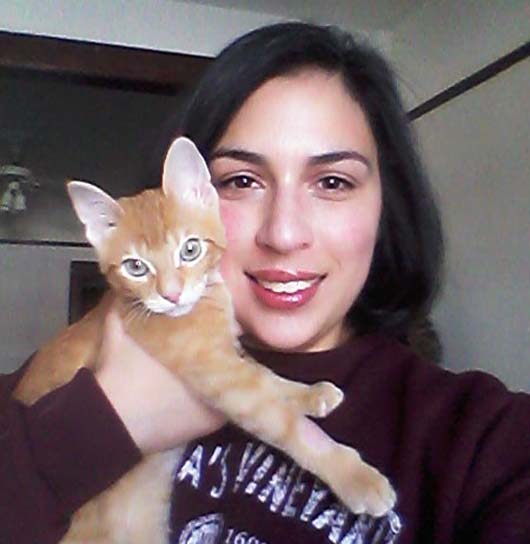 Life is looking up for Stockings, because even one of the v techs at Neihaus' clinic, Chicago Veterinary Emergency and Specialty Center. decided to take him home. Priscilla Cherry originally signed on to foster the kitten after his surgeries, but then she fell in love.