One week before Alex and Donna Voutsinas were married, they discovered something so serendipitous it had to be the work of God!!! When looking through wedding photos before getting married, Alex and Donna noticed a picture from Disney World that had something VERY special about it! 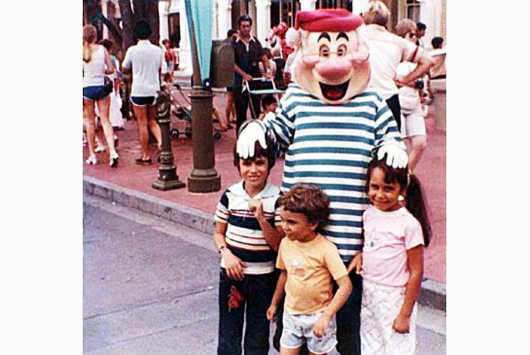 Thirty years ago, the two lived in different countries, were children and didn't know each other. But, even with all of that in mind, in one of Donna's pictures of a family trip to Disney World, Alex was in the background!

"It just blew our minds when we realized," Alex Voutsinas, a 32-year-old transplanted Montrealer told the Star Thursday from south Florida.

Alex's mother keeps the picture, blown up, in a golden frame hanging on the wall. When something that special happens, you don't just let it pass. You embrace it! God certainly has a plan for all of us, but Alex and Donna got to peek inside of that great plan! Thirty years before they married, they accidentally "met" and took a photo together. WOW.

Alex, who is a dual Canadian-U.S. citizen, and his family moved to Florida when he was 10. He and Donna met 15 years ago when they worked at the same hotel in Boca Raton shortly after she’d moved south from Long Island, N.Y. They dated for six years, married and had three sons, who they take to Disney World regularly.

"We’ve taken pictures of the kids," he said, "and they say they’re looking for their future wives in the background."

Now THAT is one miraculous romance!

(Via Reddit.com and TheStar.com)