Augie the German Shepherd was a broken, abandoned dog that defied ALL odds to survive and find himself a family. He was originally found wandering through an orchard alone with a badly broken leg. He was most likely hit by a car and whomever struck him drove off without stopping to care for the poor animal. 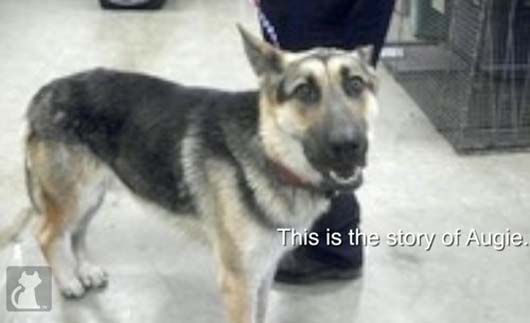 His back leg was broken, badly fractured and obviously never cared for. It must have pained him every second of every day, but luckily a kind soul found him and was determined to help him. 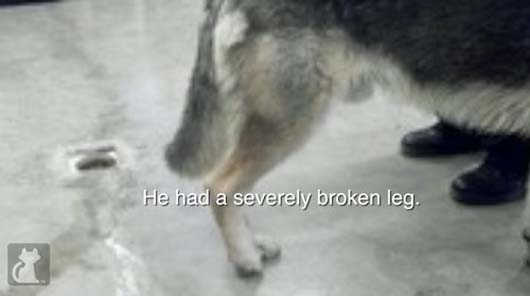 Some police officers found Augie and took him to the local shelter. The vets at the shelter examined the dog, but eventually concluded that the shelter could do nothing for him and they shoudl euthanize him. That day, an angel in disguise of an Animal Control Unit Supervisor decided to ignored the official recommendation to kill Augie and he called the Westside German Shepherd Rescue. 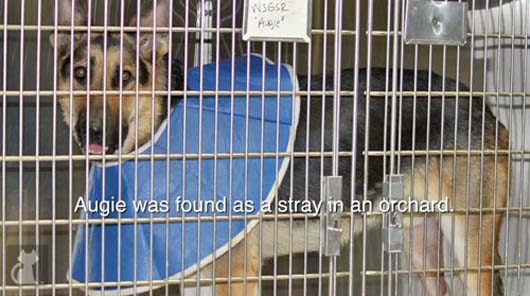 Robin Jampol of Westside answered the call and rescued Augie from the shelter. Within days, the rescued dog was receiving surgery that he so badly needed. Augie's recovery afterwards was a miracle! He healed quickly and began acting like a big puppy. 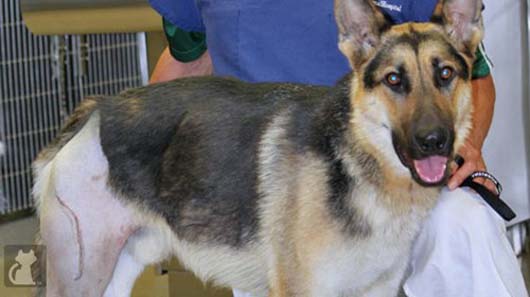 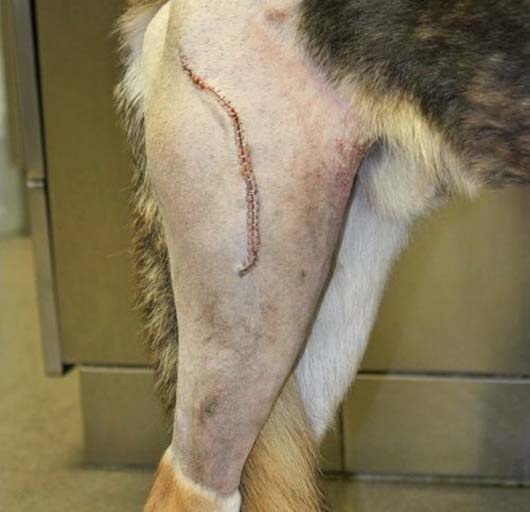 Within a month, Augie attracted a young girl named Kayla and her mother. The first time Kayla took Augie on a walk, she knew that they belonged together! 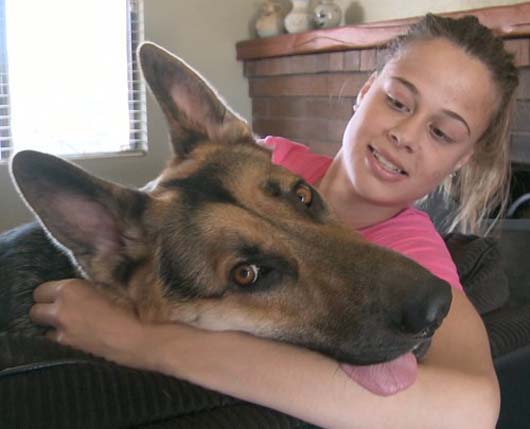 Now, Augie is happily living with Kayla and her mom. His name is now Riley and he is currently training to become a therapy dog. Instead of wandering fields with broken legs, he gets pampered day in and day out by a family that loves him and will take care of him for the rest of his life. 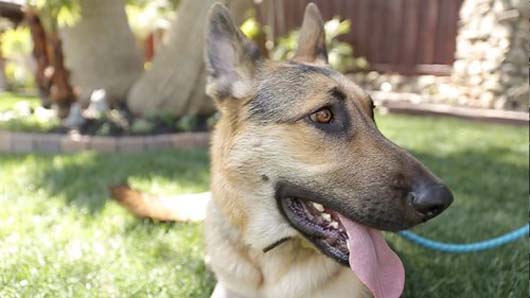 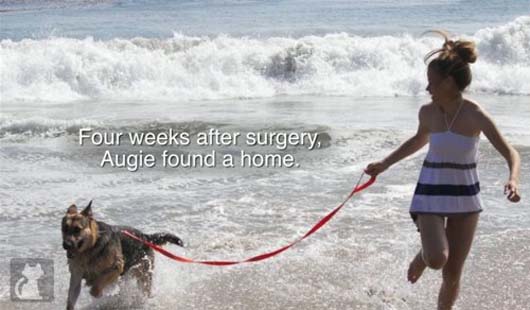 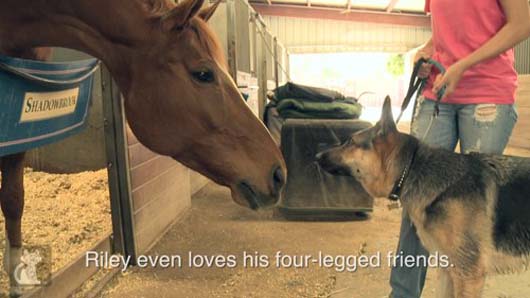 God blessed the kind-hearted family with a special creature that will love them with all of his heart ... and Augie now has a home unlike any he has ever known before. That's what we call a happy ending! :) 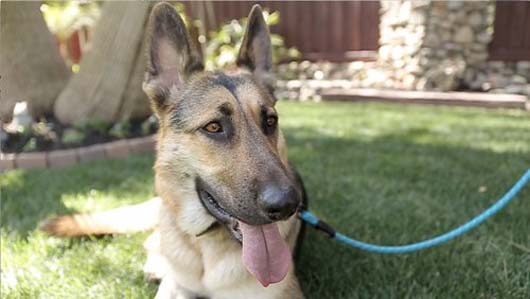