Do you know what a capybara is?

Capybaras are the world's largest rodent, they are native to South America AND they are absolutely adorable! People usually don't think that rodents are cute, but this capybara (and what she does) certainly is! 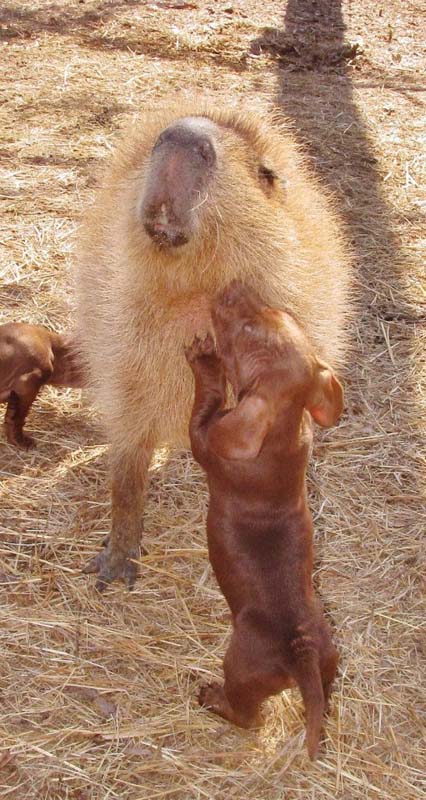 A capybara named Cheesecake lives at the Rocky Ridge Refuge in Arkansas. Already a cuddly and loving animal, Cheesecake got the chance to become a mommy when she met a litter of puppies. 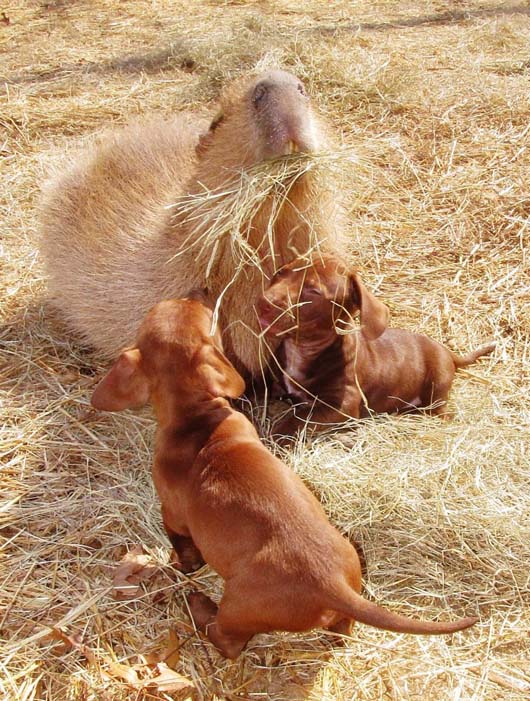 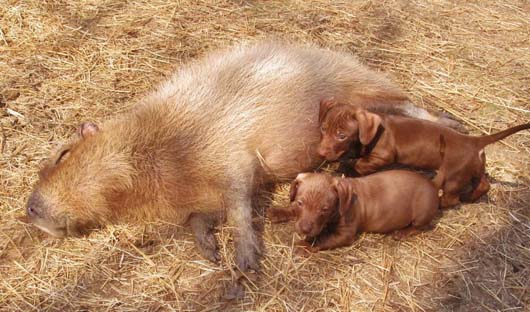 The Dachshund puppies were abandoned. Some cruel person stuffed them into a tight plastic bin and dropped them off at a church. Luckily, someone found the puppies before more harm could come to them and brought them to the refuge. 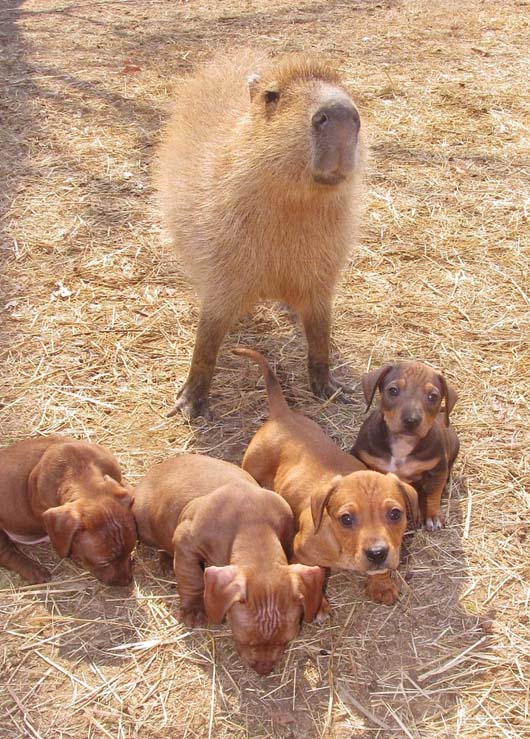 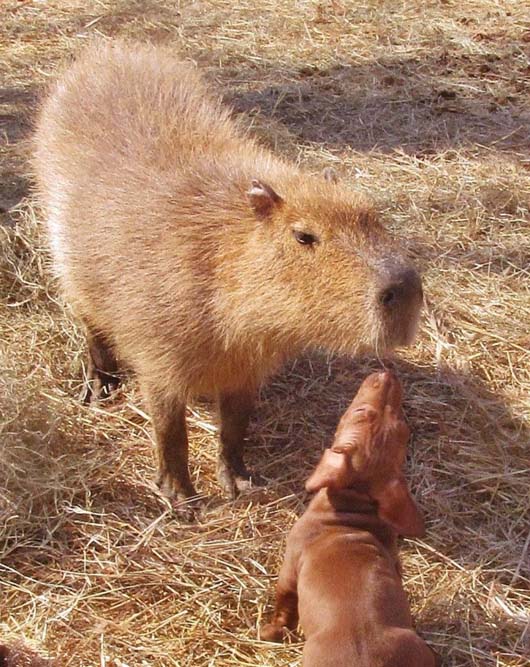 Ever since they were dropped off, Cheesecake has become their new mom! Every day, they frolic with Cheesecake, cuddle and take naps. 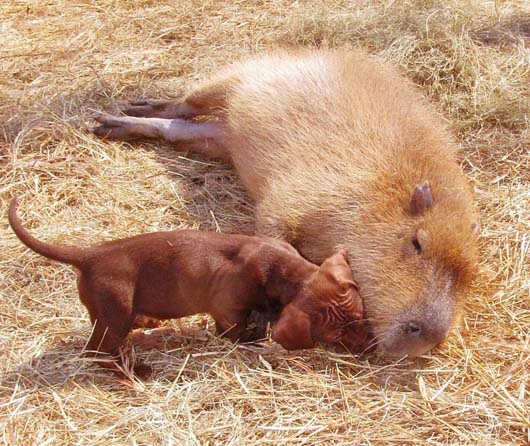 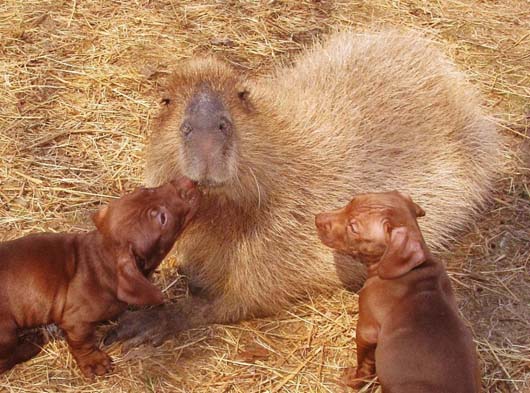 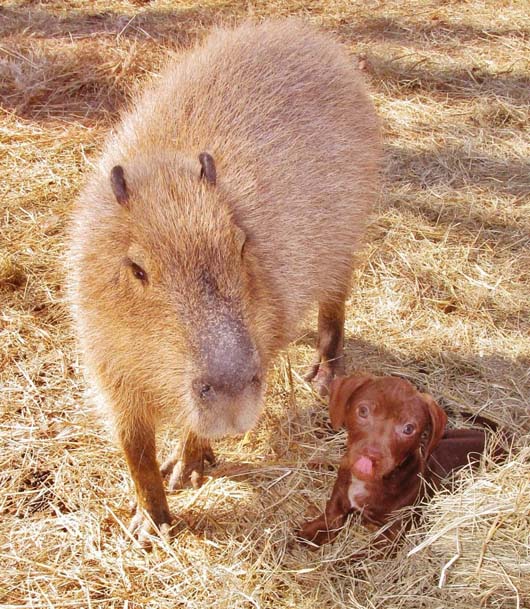 There are lots of unusual animal friendships in the world, but we definitely haven't seen one like this before!