Rejected Puppy Finds a New Mom... And She's a Cat

When Hope, a three week-old Shih Tzu puppy, was rejected by her mother, she needed to be adopted. Without a mother, she wouldn't get the milk and nourishment she needed. Luckily, a female Siamese cat named Coco gave birth to a litter of healthy kittens on the same day... and accepted Hope as one of her own. Coco treats Hope like one of her own: she feeds her, grooms her and protects her. 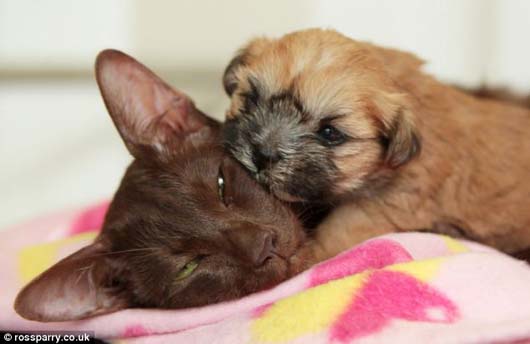 The pair was introduced cautiously; the puppy was rubbed with the scent of a kitten so that the mother would have an easier time accepting the dog. 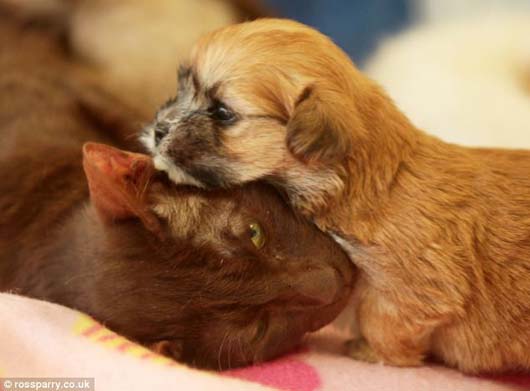 Hope's littermate died during childbirth, so she was by herself in the world. It's not known why her mother rejected her, but the stillborn puppy was most likely the cause.

We thank God that Hope had guardian angels watching over her, making sure that she found a mother so she could survive. 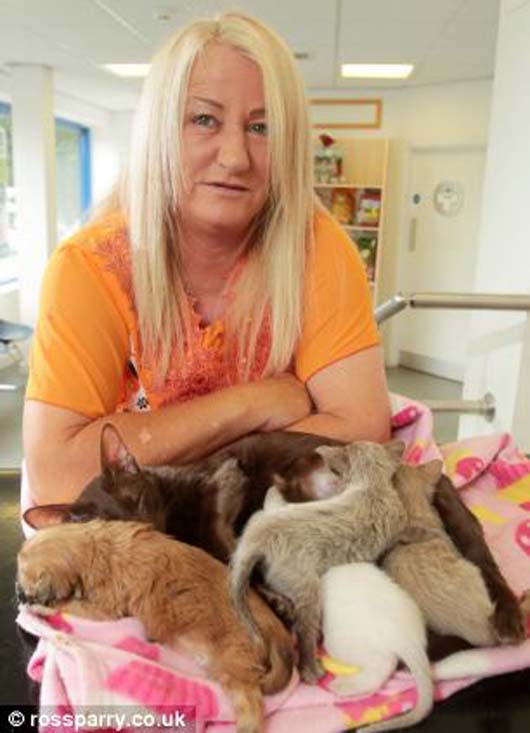 Not only is she surviving, but she is adorable while she does it alongside her new kitten siblings. 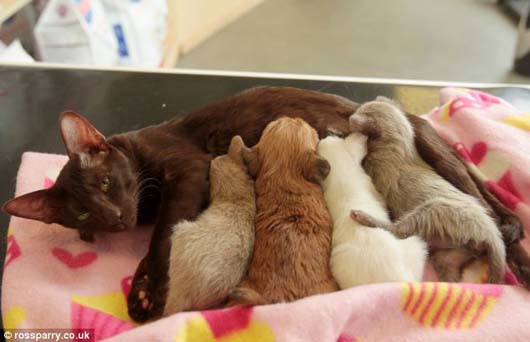 It seems mom couldn't be happier to have Hope as a funny-looking kitten. 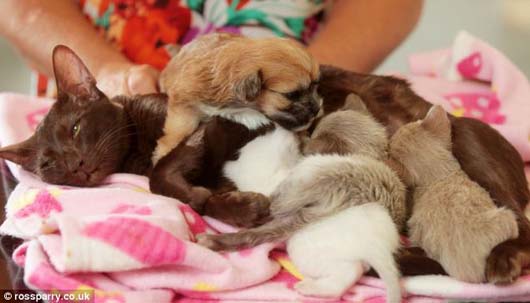 All of God's creatures are precious; we should learn to treat others with the respect and love that comes so naturally to animals. :)