Sheâ€™s Fighting For Her Life And Says Itâ€™s All Worth It Because Of THIS!

I Would Do It All Again 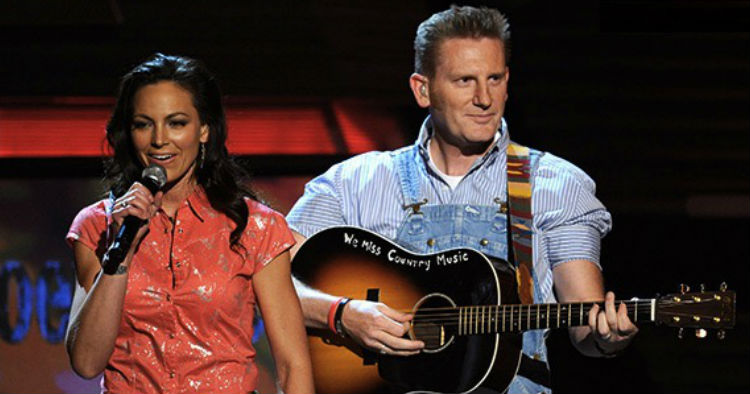 It’s impossible not to be inspired by the Christian country music duo Joey + Rory. Joey Feek has been the picture of courage and strength as she has battled cervical cancer for the past year and a half. While doctors have tried everything to heal her -- from a radical hysterectomy to continued aggressive treatments -- nothing has been able to stop the cancer. And as Joey’s time on this earth appears to be drawing to a close, the incredible couple continues to inspire with their unwavering faith in God’s plan. 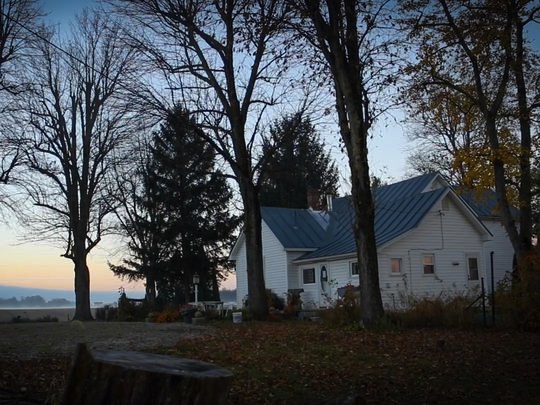 Credit: Rory Feek via The Tennessean

Joey has returned to the picturesque, two-story farmhouse in Indiana, where she was raised, to spend her final days surrounded by the scenery of God’s glorious creation.

It’s there, amongst the foliage and cornfields, that Joey is kept as comfortable as possible by a morphine drip. It’s there, surrounded by loved ones, that the family embraces and waits, with Joey set up in the same room in which she gave birth to her youngest daughter, Indiana. She says it’s where “God gives and he taketh away.”

We often praise God during the good times. But when the storm comes, it takes true faith to continue with that praise. And the faith displayed by Joey and her family is a true inspiration.

In a touching and honest interview with The Tennessean, Joey opens up about her feelings towards God when she found out her cancer had returned:

“I wasn’t mad at him, I wasn’t upset. I was just greatly disappointed. I really thought we had it. . . But for whatever reason, it wasn’t enough, and God had different plans. I was disappointed. I was exhausted.

More than anything, I felt like I failed at something. I thought I did everything. But God decided for me that my job of singing for people down here is my legacy, and he needs me singing up there. That’s how I look at it.” 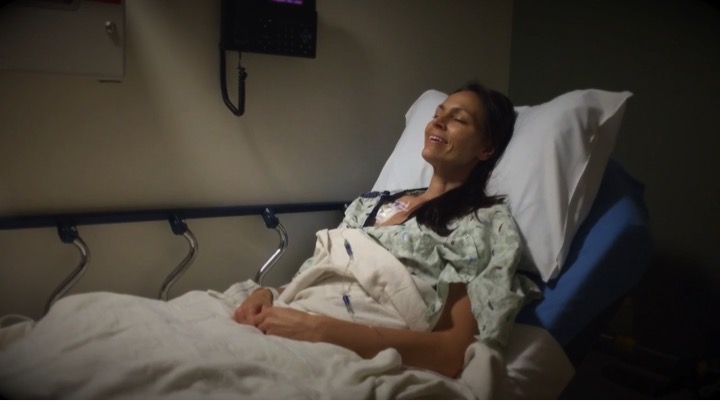 As humans, we often get upset when God doesn’t answer our prayers in the way we’ve expected. In cases like Joey’s, it’s completely understandable that we get disappointed and even angry. But it’s important to remember that even when God doesn’t give us specifically what we’ve requested -- like healing -- it doesn’t mean He’s not listening. And as we’re told in Psalm 30:5, while there may be weeping during the night, joy comes in the morning.

Understanding God’s plan is not always something we can do in this life. We don’t know why God brings miraculous healing to some and not others. But Joey recognizes that even though she has not yet received the healing for which we’ve all hoped and prayed, God has still provided her with many miracles. 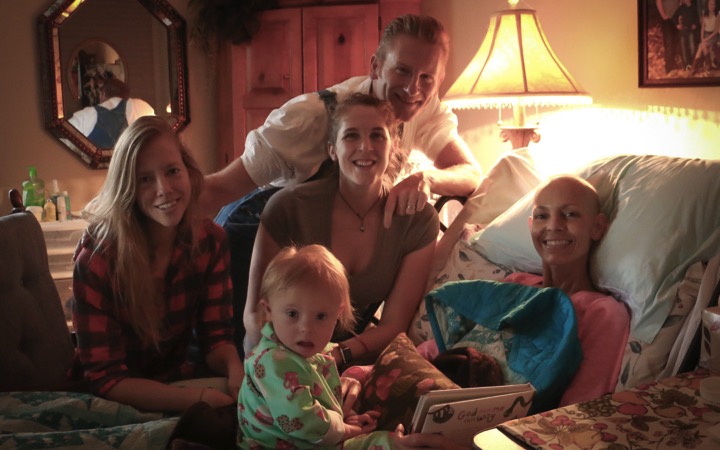 In a statement to People, the couple acknowledges that the outpouring of love and prayers they have received is a miracle itself. But amidst Joey’s rapidly declining health, there’s a prayer God recently answered that she says makes all of the suffering worth it.

“I just cried. Now all of my family believes. And all of my family, when we die, we’re going to see each other again. I told my dad, ‘I would go through all of this again, if that meant one person came to Christ because of it. The fact that my daddy did, Dad, I would do it all over. I’m so proud of you. When I die, I’m going to be looking for you. And I want you to know, that after you hug my brother (Justin, who died in a car accident in 1994), I’m going to be next in line.' ”

Joey and Rory have not given up hope that God will still take the cancer away. Joey is now bedridden, but the couple spent one of the last days where she could still stand slow dancing in the living room. 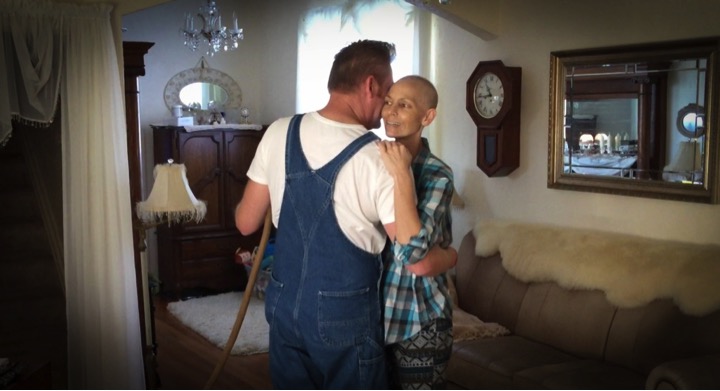 Rory shares touching updates on his blog, This Life I Live, where pain and beauty intertwine in his honest posts. Because this amazing couple knows that sharing the difficult journey is also part of the purpose God has given them. And seeing the peace that follows when you fully submit to God’s will is truly amazing. Joey prays for healing, but accepts it may not come. She says,

“But I don’t fear anything because I’m so close to God and we’ve talked about it so many times. I know he’s close. And I know he loves me. I’m really at peace. I still believe there’s healing in prayer.”

Watch as this incredible couple sings “When I’m Gone” together. 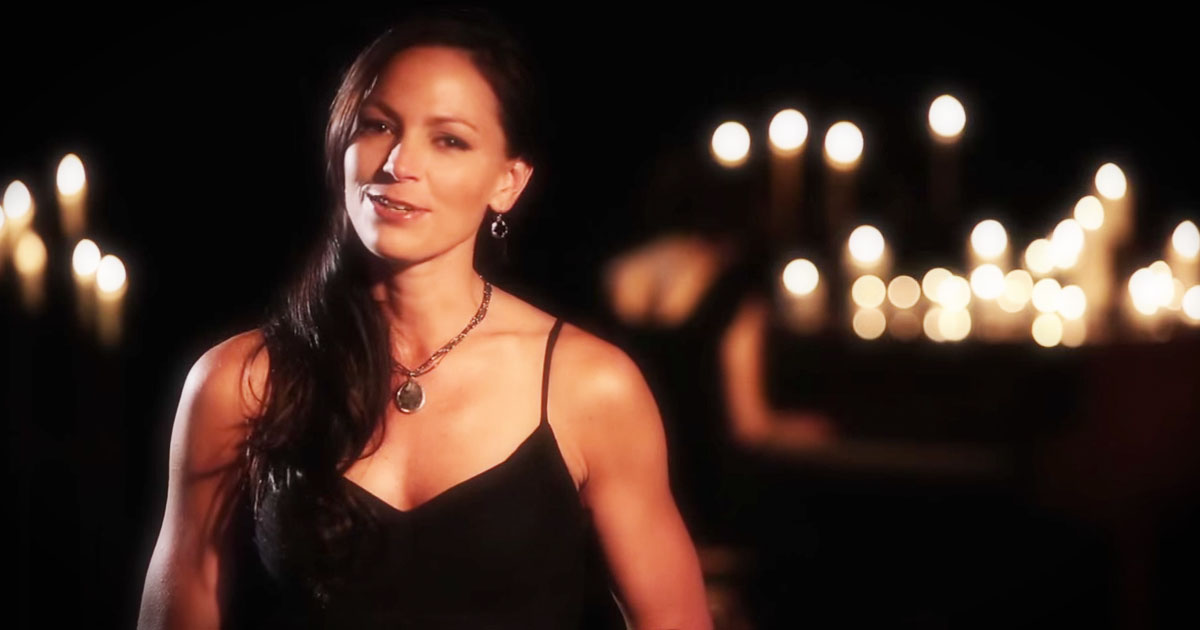 Find out what simple act of kindness makes these cancer patients smile!