The Gatlinburg wildfires cost fourteen people their lives. Three of those lives were from the Reed family. When news broke that two teens are suspected of starting the fire, Michael Reed sat down wrote something for them. And this dad's letter to the accused wildfire arsonists is more than just powerful. . . it's a beautiful example of true faith in God's power!

News stations all over have been following Michael Reed for some time. Stuck in traffic, he and his teenaged son desperately tried to make it home when the Gatlinburg wildfires hit. Michael's wife, Constance, and two daughters, Chloe and Lily, had no choice but to flee the house due to quickly approaching flames.

At first, Constance, Chloe and Lily's whereabouts were unknown. Folks from all over prayed they'd be found safe and sound. But, sadly, their bodies were discovered a few days later -- three more victims of the fire that had raged out of control.

But that's not to say all those prayers didn't work.

Michael has been leaning on his faith to see him and his son through this incredibly difficult time. So, when the news began reporting two teens have been accused of starting the deadly fire, there was something Michael wanted to say to them.

RELATED: Grieving dad's words for the guy who killed his son

Letter To The Accused Wildfire Arsonists

Michael's open letter, which he shared on Facebook, reads:

"To the 2 teenagers who started the wildfires...

People stop me on the streets everyday and ask me the same question:

My answer has been the same every time:

'Love those closest to you a little stronger. Hold them a little tighter. Don't take a single moment for granted.'

As I learned of your arrests last week I sat in silence for a very long time. You may be too young to understand this, but even through this tragedy I can feel God with me and my son. I have felt my wife and daughters touch me from Heaven. I have seen them give me signs that they are looking down on us. They are happy. They are at peace. They are together.

As humans, it is sometimes hard to show grace. We hold grudges. We stay angry. We point the finger and feel we have to lay the blame somewhere. It's human nature and completely understandable.

But I did not raise my children to live with hate.

I did not teach my girls or my son to point the finger at others. John 8:7 says 'Let he who has not sinned cast the first stone.'

Forgiveness isn't for you. It is for me. It is for my son. It is for Constance, Chloe, and Lily. It is for this community who all lost so much in this tragedy.

I, as well as countless others, have been changed forever because of your actions. It is up to you to seek God's forgiveness. I hope someday you can seek it and be at peace.

The greatest of these is Love."

RELATED: Woman who lost her husband days after their son was born makes peace

To exercise grace and forgiveness in the face of such tragedy is no easy task, even for the most devout Christian. There's no doubt that all of those prayers across the nation have played a hand in the divine comfort Michael is embracing. Let's continue to pray for him and his son. What a testament to the power of our Savior!

"Trust in the Lord with all your heart, and do not lean on your own understanding. In all your ways acknowledge him, and he will make straight your paths." Proverbs 3:5-6

A woman abandoned as a baby in a Burger King bathroom finds the strength to forgive! 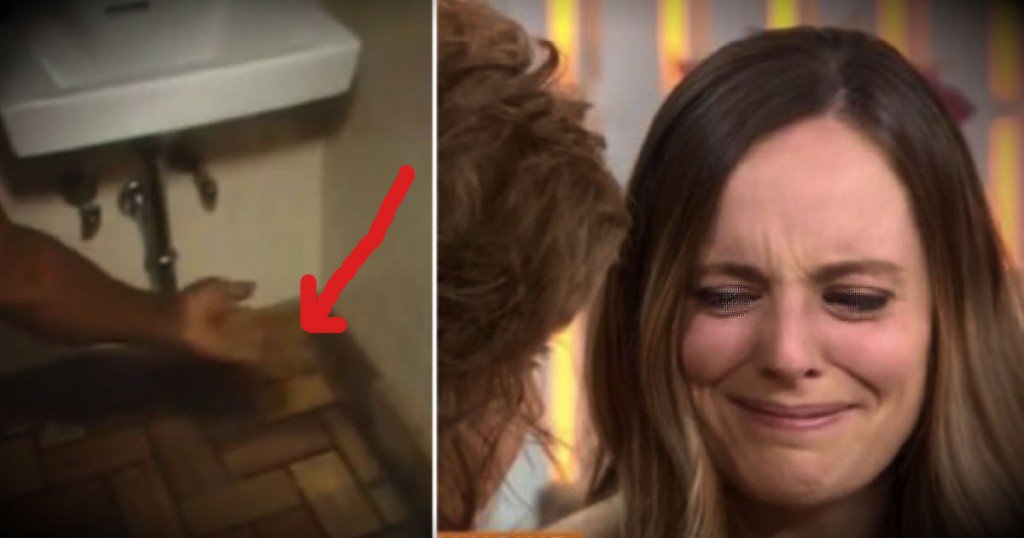