Dancing Man Was Bullied, But What Happened NEXT Is Amazing!

Sean just wanted to dance. But found himself being bullied for how he looked on the dance floor. Are you kidding me?? After some caring strangers intervened, guess who's getting the last laugh now? You guessed it! Think before you judge and definitely before you post anything so hurtful about someone you don't even know. WWJD?

Sean was just trying to have some fun but was mocked and ridiculed while on the dance floor. These bullies took his picture and tweeted some hurtful words. Sean stopped dancing and hung his head in shame. 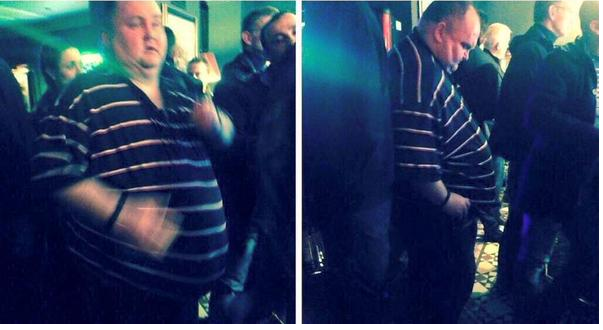 But, now Sean's getting the last laugh (or the last dance!) as thousands of complete strangers bond together in support of Sean and are throwing him a party. Not just any party...a dance party!

It all started as Cassandra Fairbanks took the matter in her own hands and posted on Twitter her objective. She let the public know that this man, who was overweight, had been mocked in public and that she wanted to do something nice for him.

Well, it worked. Fairbanks tweeted on Friday that she had found the dancing man, a London resident named Sean.

The shaming backfired as a lot of people came to his defense and want to 'dance' with him! 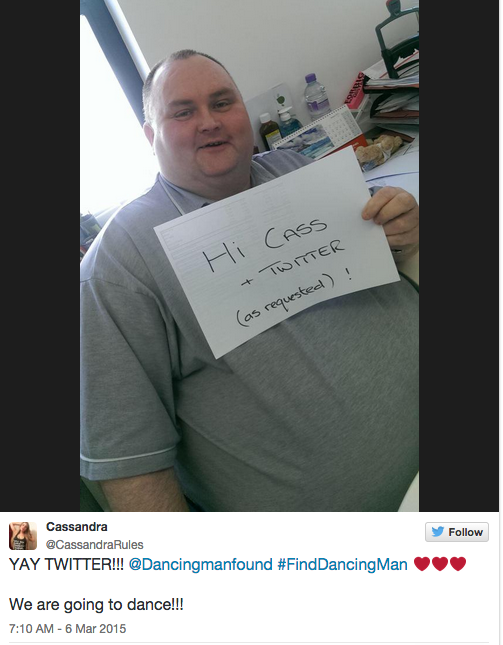 A GoFundMe crowd-funding campaign for the 'shindig' had raised more than $33,000 as of Sunday morning, while celebrities from Pharrell Williams to Andrew W.K. pledged support and wanted to get in on the Los Angeles dance party action.

Pledging to donate extra funds raised to an anti-bullying charity, the woman who set up the crowd-funding campaign posted a message late Saturday expressing how Sean had come to symbolize love — both of fellow human beings and of dancing:

Our #dancingman meeting last night was a great success and lasted well into the early morning hours (and continues today). We started this so that we could dance with one man, who had been shamed from dancing in public. Many of us know what it is like to not be comfortable in our own skin- and the photograph resonated with all of us. When we saw the worlds response throughout the night – it became clear this was bigger than us, bigger than him, and the start of a beautiful wave of solidarity against bullying, against body-shaming, and an inspiration to #‎Dancefree in our own bodies.

What an incredible story about coming together and to STOP BULLYING NOW! Thank you, Cassandra, for your tireless effort in finding Sean and for all the many supporters, both online as well as financially. Such a great message of love and acceptance. We love you Sean and you're a beautiful child of God!!

Her 'friends' bullied her, but find out how she fought back! 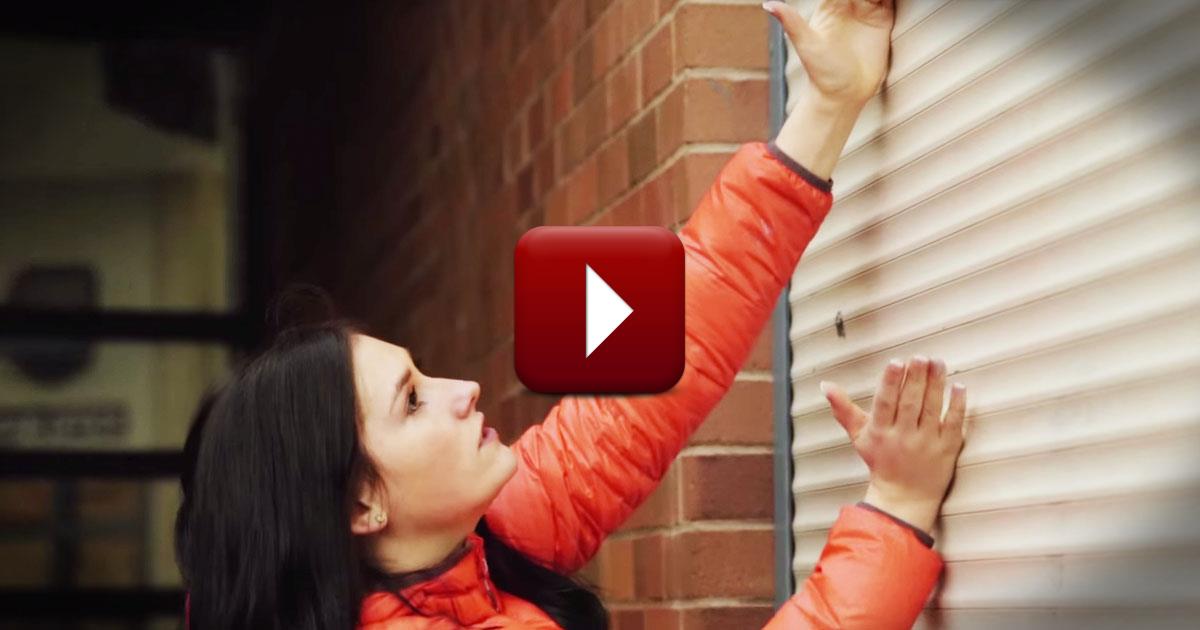 This woman was bullied in a grocery story aisle.  Click here to learn her amazing secret!