Doctors Said This Unwanted Baby Would Die, But God Sent A Miracle

Sarah grew up in Louisianna, and the sweet-natured Southerner has always had a passion for helping kids, especially those with special needs. After graduating college, Sarah spent some time at her dream job -- working with children with disabilities at the Shriners Hospital in Honolulu. The plan was for her to head back to school to get her Master's degree so she could keep doing what she loved. But as it turns out, God had a very different plan for Sarah. He sent her to rescue this unwanted baby for whom He had a great purpose!

A Change In Plans

God completely changed the trajectory of Sarah's life while she was at the University of Southern Mississippi getting her Master's. One Sunday Sarah stumbled upon a church, and there she learned of Danita’s Children -- an organization in Haiti dedicated to rescuing orphaned and impoverished children.

"That was my light-bulb moment, where I needed to look into doing some missionary work,” Sarah says.

Sarah took a trip to Haiti soon after. Seeing the conditions that Haitian children were living in, especially disabled children who were often seen as “worthless, not valued,” forever changed her life.

“My heart was torn out of my chest. I couldn’t act like I hadn’t seen this, like I didn’t have the tools to help. I knew I would be back.”

True to her word, Sarah returned to Haiti once she'd completed her Master's program. She signed a two-year commitment and spent her time advocating for kids’ needs and attempting to combat the neglect and abandonment that ran rampant.

But God's true purpose for Sarah became clear when a woman came to the orphanage where Sarah worked with a baby girl, Nika.

The 3-month-old baby clearly needed help. She had an enlarged head that Sarah recognized as hydrocephalus -- a condition she says they see a lot in Haiti where there is excessive fluid on the brain. Sarah immediately went to work at getting Nika the necessary medical help.

The woman who's brought Nika in claimed to be the girl's aunt, providing a far-fetched story about how she came to be responsible for the baby. However, they soon learned that the woman was actually Nika's mother. She was a young prostitute who'd dropped out of school once she became pregnant.

"But I never judged her for it or treated her any differently," Sarah says. "I knew that she deserved love and to be shown grace."

Family preservation is something that Sarah says is very important to her. So she spent the next two months working with the reluctant mother to get little Nika ready for surgery. The day after the operation, the orphanage received a call from the hospital saying Nika's mother had taken off.

The girl's mother wound up coming back for her child, but then she began trying to pressure the orphanage to give her money in return for taking care of her own daughter.

“I told her that she broke our trust,” Sarah says. “I said, ‘If you don’t lie to me, I will move heaven and earth to help your child.’ We are there to help and support and encourage.”

RELATED: The family of 2 little girls with the same rare disorder know they are true miracles

Sarah couldn't stop thinking about Nika. She worked tirelessly with the girl's mother, who was detached and repeatedly let her daughter's health lapse, despite the free medical resources offered to her through the orphanage. Sarah did everything in her power to try to get the indifferent mom to take an interest in her daughter's life.

"My hope was that she would see someone else love Nika, place value on her life, and maybe, she would be encouraged to do the same.”

Coming To The Rescue

But that was just the first step in saving the little girl. When Sarah and a pastor went to get Nika, the emaciated child was completely alone, lying on the floor atop a rice sack, surrounded by trash. She weighed only six pounds, and more than half of that weight came from the fluid that had returned to her brain. It was utterly heartbreaking.

“It was a victory in the fact we were able to take her out of that situation and restore some dignity to her,” Sarah explains. “But her organs were failing, and we were fighting for her life. I didn’t have to change her diaper for a week because she was so malnourished.”

In Need Of A Miracle

In addition to the hydrocephalus and severe malnourishment, doctors discovered she also suffered from another lethal condition -- hydranencephaly. A large portion of Nika's brain is missing, and in its place is spinal fluid, which most likely resulted from a stroke that occurred in utero.

“We consulted with several American doctors,” Sarah says. “They said we were probably going lose her. We spoke life over her, prayed for miracles.”

And a miracle was exactly what it was going to take for little Nika to survive. Sarah said that 99% of babies with this condition die within the first year. With medical resources being limited in Haiti, the ugly truth is that doctors are forced to choose whose lives are worth fighting for and the doctors there refused to give Nika the feeding tube she needed.

But Sarah refused to stop fighting for this little girl's life, and God led her to a doctor in Alabama who was willing to make the trip over to insert the feeding tube.

Despite Nika's grim prognosis, this little fighter has continued to survive.

Sarah loves Nika as if she were her own daughter. So, she adopted her. And true to the words she had spoken to Nika's biological mother, Sarah continues to work to move heaven and earth to help the child.

Nika's head only continued to grow, and she was in need of another surgery to drain the fluid building up around her brain. She was not going to be able to get the help she needed in Haiti, so Sarah brought Nika home to America.

The doctor from Alabama who had helped Sarah before referred her to a hospital in Pensacola, Florida, that was willing for perform the surgery pro-bono. It was a blessing for Sarah, but especially for the little girl who has come such a long way.

“We saw her head size decrease almost two inches,” Sarah says. “She lost five pounds in fluid and two inches in height from her head. It has dramatically changed her quality of life.”

If you recall, before going to Haiti it was Sarah's plan to return to her pediatric medical career in Hawaii after earning her Master's. But now, Sarah has completely submitted to God's plan of caring for this little miracle, because Sarah knows that every life matters.

One Day At A Time

She has moved into a little house with Nika, back in her hometown of Carencro, where she is a full-time caregiver to the precious child no one else wanted. It's a humbling experience for the highly educated young woman who knows she's perfectly capable of working, but now must rely on donations to cover all of her living expenses. But Sarah is living on faith, which God is fully rewarding with incredible moments like the celebration of Nika's third birthday.

That's right -- little girl who wasn't even supposed to make it to a year has, through God's grace and Sarah's perseverance, turned three. And for Sarah, who will never stop fighting for this precious angel, this is just the beginning.

"Speak up for those who cannot speak for themselves, for the rights of all who are destitute. Speak up and judge fairly; defend the rights of the poor and needy." Proverbs 31:8-10

They thought her mother was burning her, but this girl's true life story is so uplifting! 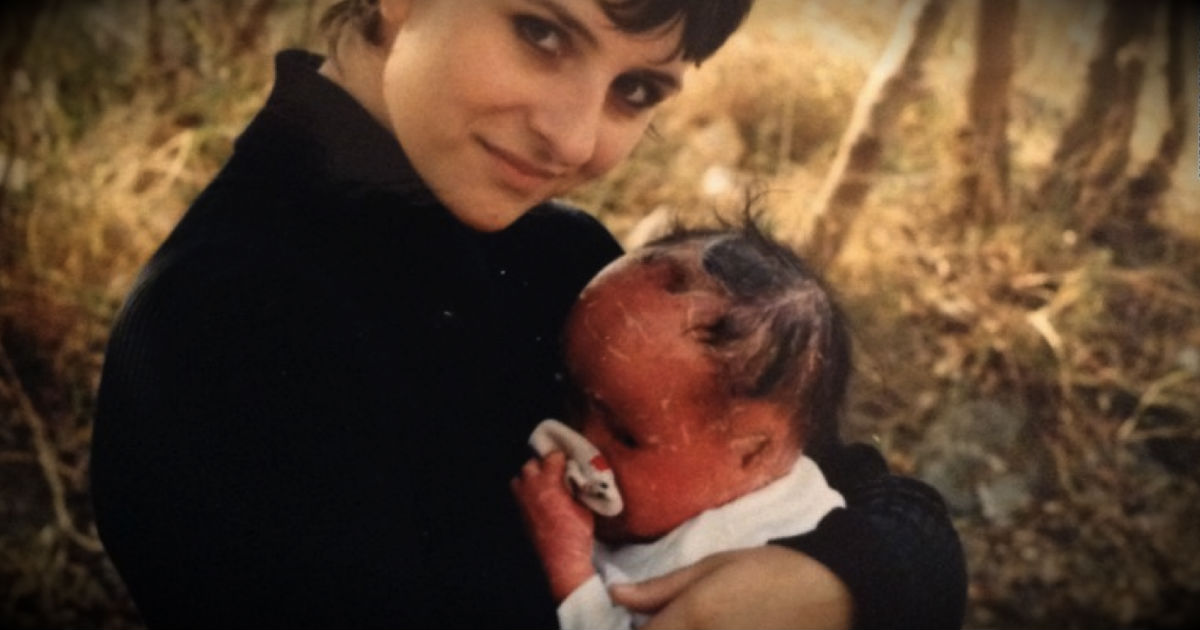