On a beach in San Diego, California, a man was walking his with friends when he came upon a baby dolphin in some deep trouble. She was stuck on the beach, washed up from the water. Her mother was probably in deeper water, but unable to help her from there. Knowing that the baby dolphin would die without help, this good Samaritan helped her back to her mom! 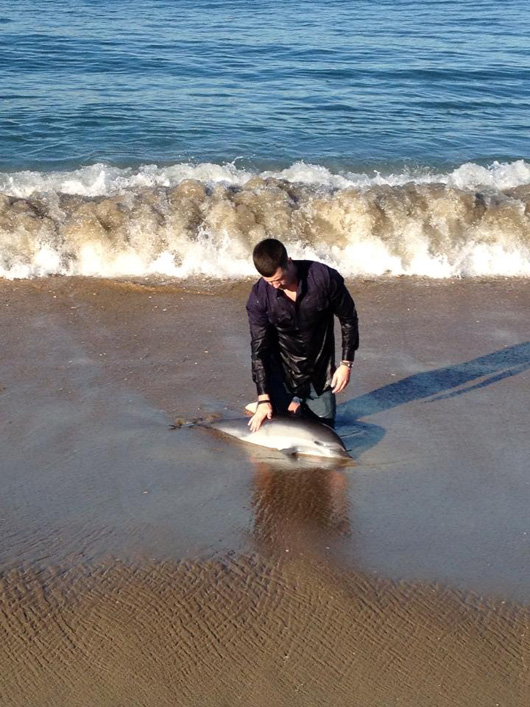 Even though he didn't know much about dolphins, he started inspecting the baby for injuries. 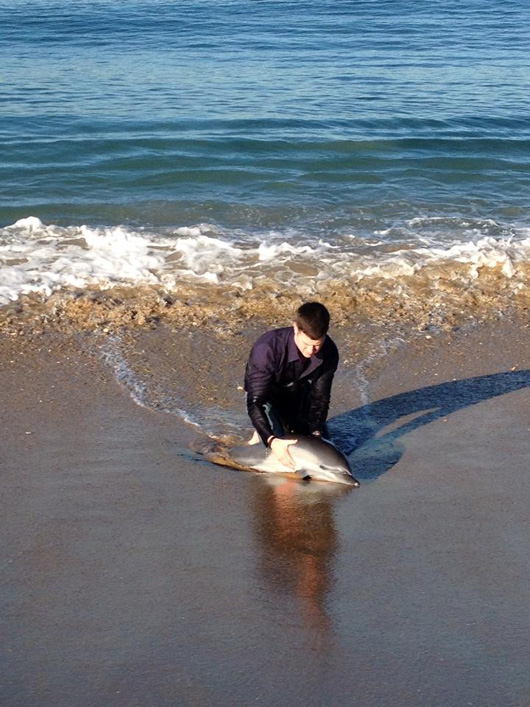 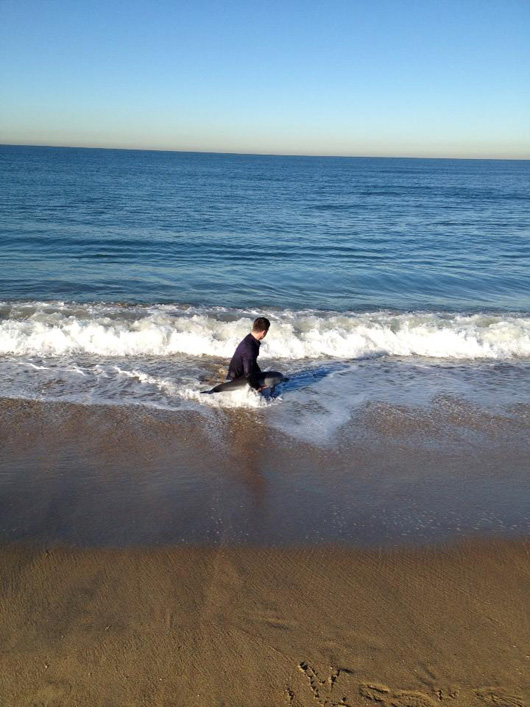 Luckily, he wasn't the only one on the beach! 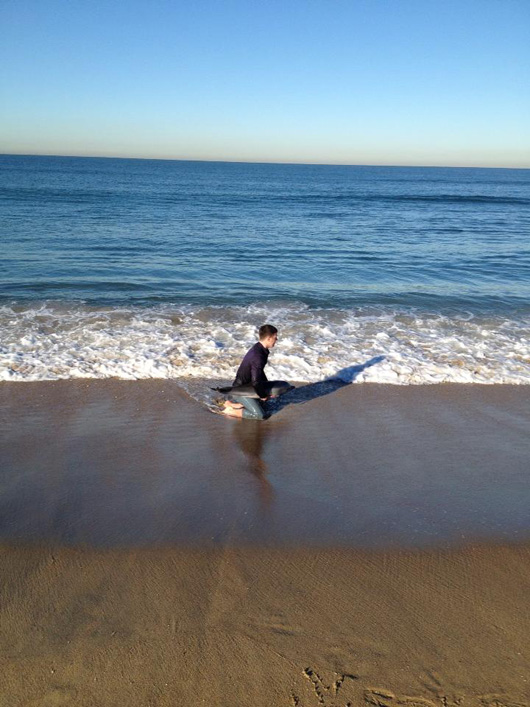 Staff from the San Diego Seaworld just happened to be walking along the beach as well. With their help, they looked over the baby dolphin to make sure she was capable of being released back into the wild. 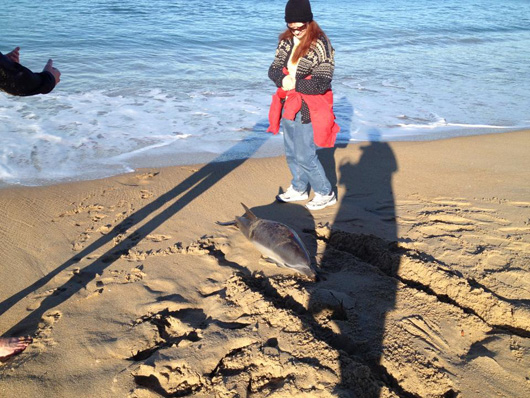 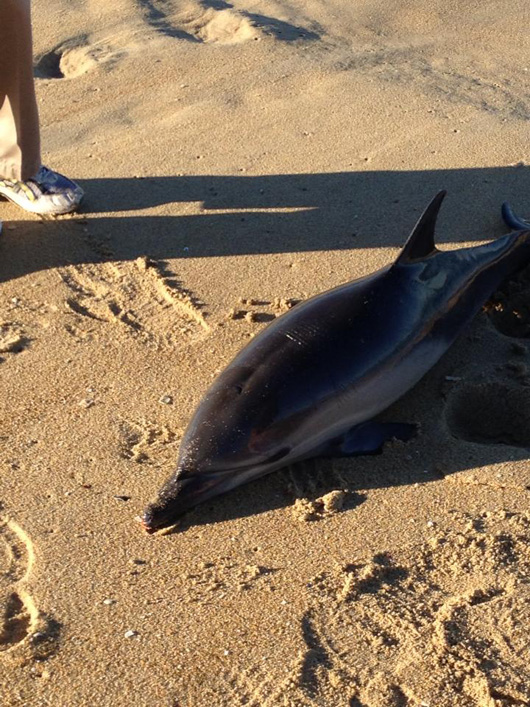 After some close inspection, the group noticed that the baby had a little bit of blood on her snout and she might have been injured in the entire process. Thankfully, the injury didn't appear bad enough to stop her from going back out in to the ocean! 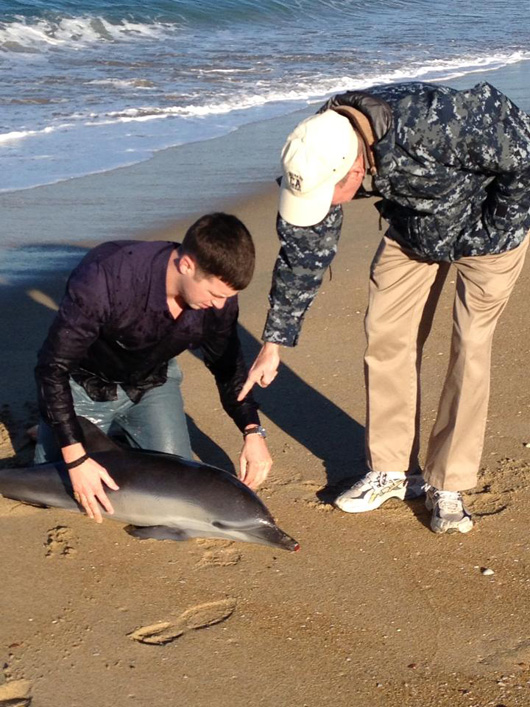 So, while being extremely careful and making sure not to stress the baby out too much, the man who found her began wading back out into the ocean with her. 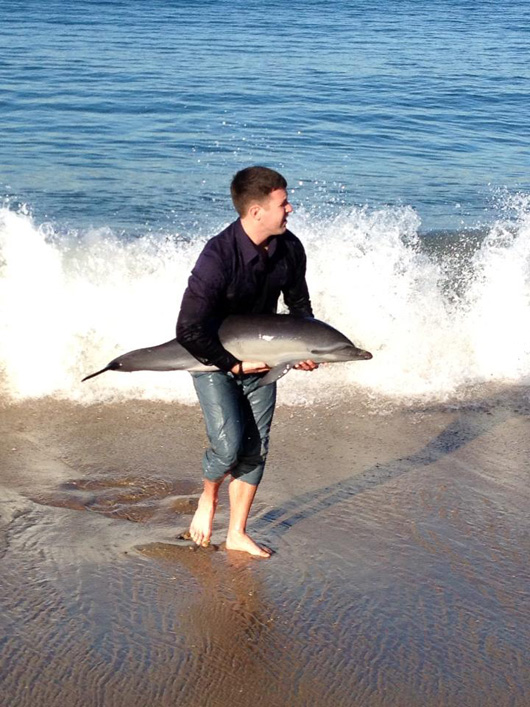 She seemed much happier once she got in the water! 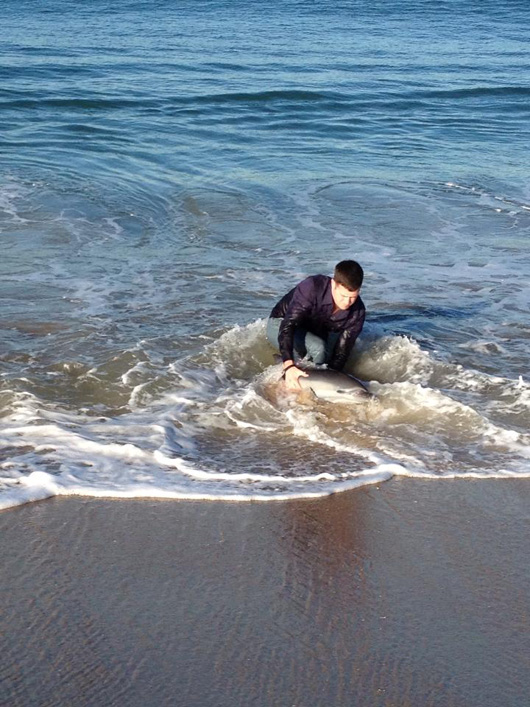 Once in deep enough waters, she began swimming normally and the people looking on breathed a sigh of relief. 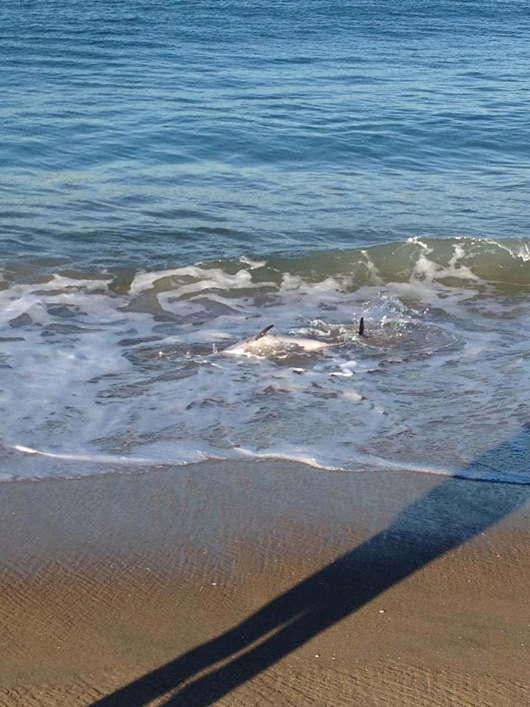 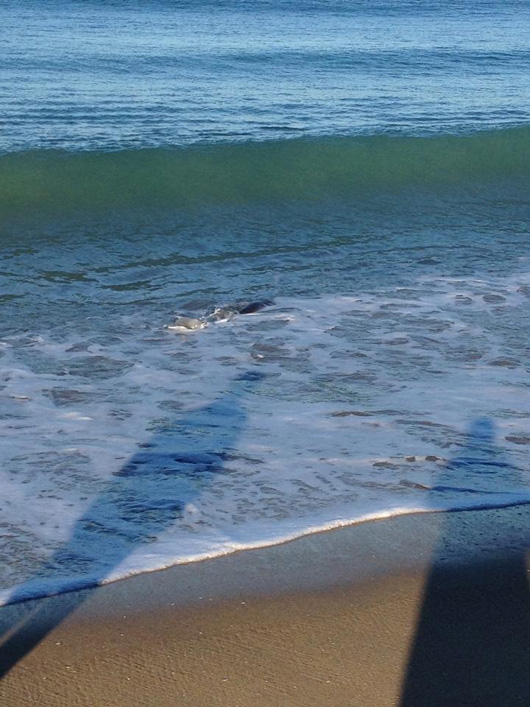 As she headed out to deeper waters, everyone watched with a lighter heart than before - the little girl was going to be okay! 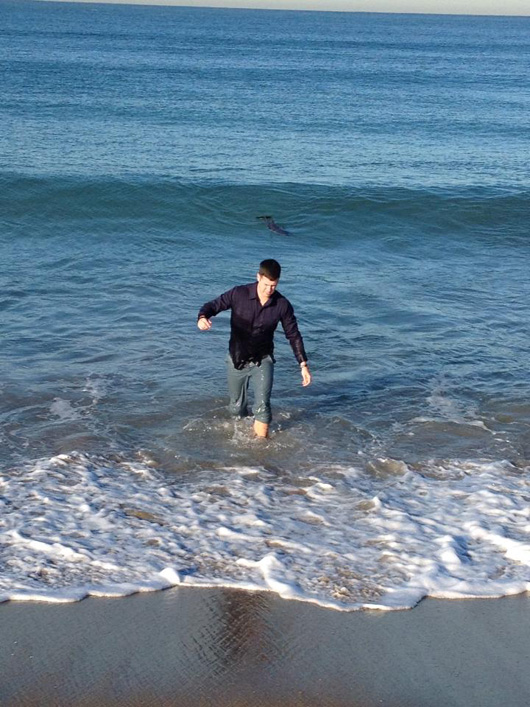 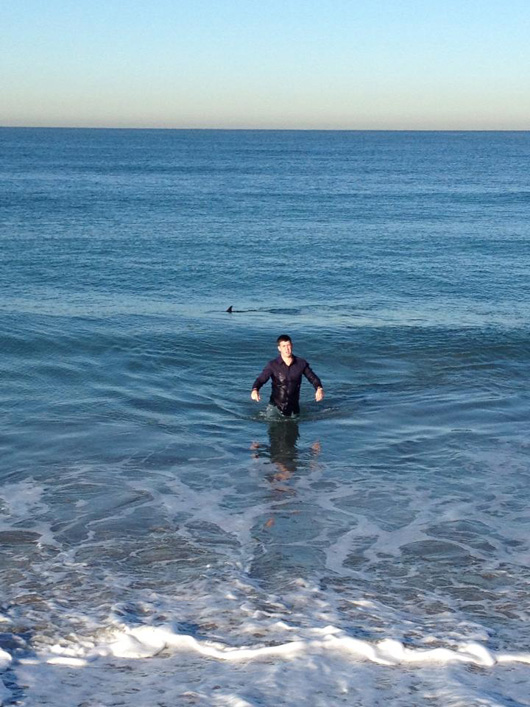 Thank God for good Samaritans like this man - and let's hope her mommy was waiting for her out in the water!