31-year-old Chris Salvatore is nearly a third of the age of his neighbor, Norma Cook. But that didn't stop the two from becoming best friends. And when Chris found out about Norma's terminal leukemia diagnosis, he couldn't bear the thought of her moving away to a nursing home. And so, the dying 89-year-old woman moved in with her young neighbor to finish out her days surrounded by love!

This somewhat unlikely friendship blossomed four years ago when Chris moved into the apartment complex. He's directly across the hall from Norma, and the precious little lady would wave to the actor-singer from her kitchen window each day as he left his apartment.

“One day I said, ‘Can I come in and chat?’ Because she just seemed so sweet,” Chris recalled.

And that was that. The two bonded instantly. Chris was going through a break up at the time, and found a sympathetic ear in Norma. And Norma, who'd divorced at 43 and never had any children, found companionship. The two started hanging out every day.

RELATED: A little girl befriends a lonely widow at the grocery store

A Friend In Need

Norma was diagnosed with leukemia 10 years ago. But her health really deteriorated in the past year. She was in and out of the hospital until the doctor finally gave her only a few months left to live. He insisted she wouldn't be released unless she had 24-hour home care.

Without any family in the area, Chris knew he needed to step in and help his "soulmate and bestie."

“I was called to do this for her,” said Chris.

So, the dying 89-year-old woman moved in with her 31-year-old best friend.

“I love her, she’s my best friend. I would do anything for her,” Chris says. “I believe that human kindness is a magical thing and can heal what doctors can’t. She has opted out of doing treatment for the cancer. So now it’s my job to make her feel comfortable and at peace and not lonely. I’m giving her a gift of passing on and being at peace and having a good time in her last few months.”

RELATED: The neighbor of an elderly woman living in filth pleads for help online

Norma granted Chris power of attorney and he's her primary caretaker. And while Chris is happy to help his adopted grandma, he admits seeing her health decline is difficult.

“It’s really challenging, I’ve tried to stay strong, because I don’t want her to see me upset,” he said. “There’s good days and bad days, but we have each other.”

And that goes a long way with Norma as well.

“She calls me the ‘grandson she never had,’ and we’re just trying to spend as much time together as we can."

Despite her illness, Norma remains a "firecracker," keeping Chris laughing with her sassy sense of humor and "infectious" personality.

“I’m so lucky to have her. She’s changed my life," Chris said. "She’s made me a kinder more compassionate person. I feel honored to spend her last moments with her."

Norma is gaining weight and remains in good spirits. Still, doctors estimate only a couple of months left for the sweet lady. Hospice nurses check in on her two times a week. But Chris intends to make Norma's last days the best they can be. And he hopes their story will inspire others to reach out to those in their community.

“I want others to be inspired to be more kind to strangers and neighbors you may see who may seem different than you,” he explains. “Norma taught me that, and I want others to learn from her. Kindness heals and we’re all on this planet together. When you light a lamp for someone else it brightens your own path.”

God has an amazing way of providing special people in our lives just when we need them. Is there someone He's calling you to reach out to today?

"They devoted themselves to the apostles’ teaching and to fellowship, to the breaking of bread and to prayer. Everyone was filled with awe at the many wonders and signs performed by the apostles. All the believers were together and had everything in common. They sold property and possessions to give to anyone who had need. Every day they continued to meet together in the temple courts. They broke bread in their homes and ate together with glad and sincere hearts, praising God and enjoying the favor of all the people. And the Lord added to their number daily those who were being saved." Acts 2:42-47

A woman walks into an abandoned house and walks out with an unlikely friendship! 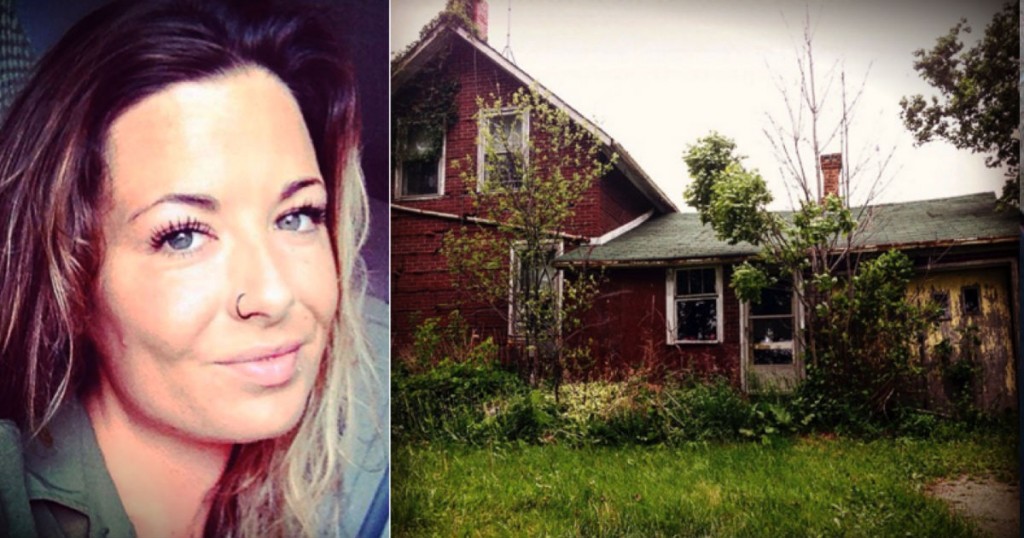