An Unexpected Act of Kindness Makes This Woman's Day

Meet Gary Gaddist and Danielle Hatherley Carroll. Gary is a hardworking Parks Department worker in lower Manhattan who collects trash five days a week. Danielle lives in the neighborhood that Gary works in and one day she lost something very important to her in the trash and thought it was gone forever - her wedding ring.

Danielle is a painter that takes people in the city on outdoor painting adventures. One Sunday she was teaching a class in Battery Park. Because painting can be messy, she brought along a clear garbage bag where she and her students would put their dirty rags. Danielle thinks that since she was constantly cleaning her hands and throwing rags into the sack, at one point her ring must have come off and she didn't realize it. 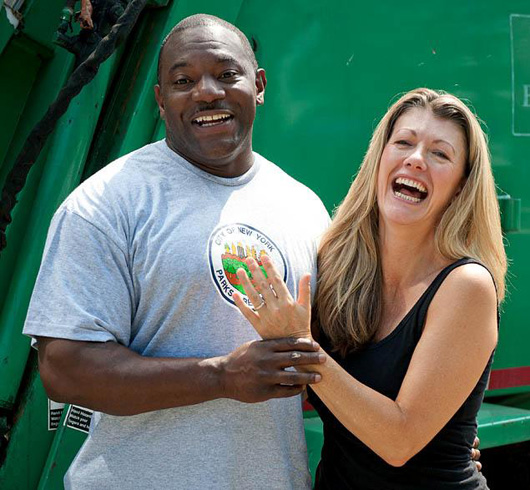 It wasn’t until 3:30 a.m. Monday (early the next morning) that Danielle realized her brand new wedding ring (an updated piece of jewelry that was a gift from her husband) was gone! She and her husband drove back to Battery Park and found the garbage container where she had dumped the trash bag. Nothing was inside and Danielle was in hysterics.

Luckily, the couple spotted a Parks Department truck nearby. “I said, ‘I’ll bet you anything it’s in there,’” Danielle said. “We walked over and nobody was inside. So I wrote a note.” It began: “Hello, I believe my wedding ring is in this truck.”

“Then I put it under the front windscreen,” she said. 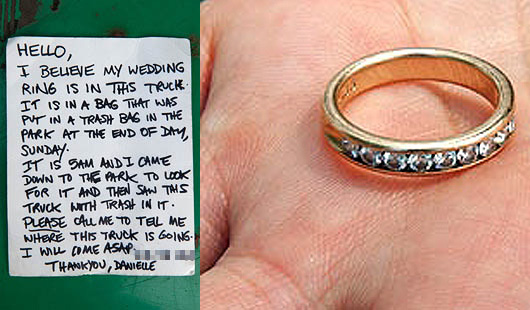 When Gary found the note on his truck, he was touched. He worked for the city for 12 years and never saw such an emotional, honest response. So, he called Danielle to get as much information as he could. He told the couple it would be “iffy” but he would do his best to find the ring.

So Gary went over to Randalls Island, where thousands of pounds of garbage was stored after collection. Although he was looking for a needle in a haystack... he found it! After sifting through hundreds of black garbage bags, he spotted the clear one with her art supplies inside. When asked why he would go through such trouble for a stranger, he said, “She sounded like a nice person, and I could tell she and her husband love each other,” he said. “I’m glad I could help.” 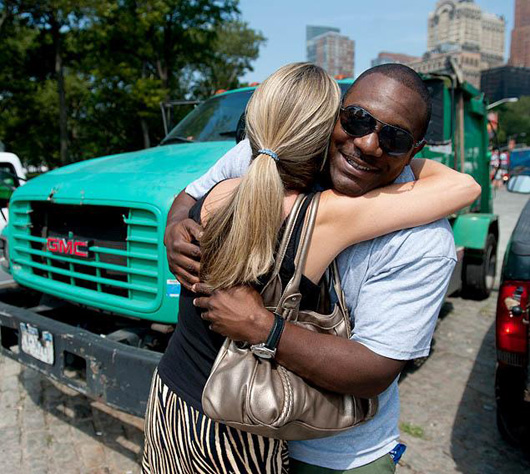 We should all feel blessed, for there are so many truly good people in the world! An encounter like this just shows that even complete strangers will go the extra mile - and do the miraculous - if it means they are making someone happy.