When Janice Carnes was bussing a table, she noticed her customer left a tip. She pocketed it. But, then she saw he also left a wad of cash.

What she did with that money will stun you. 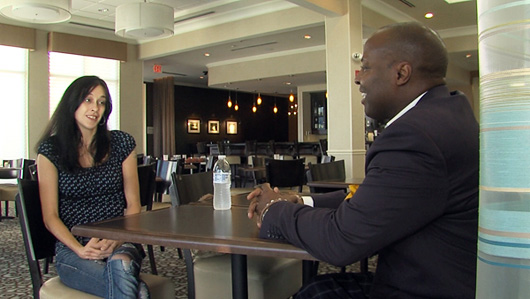 Instead of assuming her customer Andre Whitehead had left it for her (or deciding to take it even though it would have been wrong), she ran out of the restaurant to find him.

"I got to the car, and she comes running out waving, and she said you tipped me, but you left a wad of money under the napkin and I wanted to give it to you" Andre said.

He left more than $100 in cash that he just took out from a bank. He used it to pay her but completely forgot about it.

"She could've kept it but she brought it out to me" he said.

Don't be afraid to do the right thing. Have courage like Janice. :)