If you're a home improvement show junkie, then you're in good company. And you're probably familiar with the widely popular show Flip or Flop starring the HGTV couple Tarek and Christina El Moussa -- a real-life married couple with a knack for remodeling and selling foreclosed, short sale or bank-owned homes. What you may not know is that this adorable couple's success has come with its fair share of struggle. But hearing how God has used all of it is what makes this couple truly inspiring!

HGTV Couple Tarek And Christina: For Better Or Worse

Before the glitz and glamour of becoming TV stars, HGTV couple Tarek and Christina had to first face defeat.

Things started out promising enough. The lovebirds met through their work in the real estate industry, and married in 2009.

At that time, the real estate market was very lucrative, and the two made a very comfortable life for themselves selling million-dollar mansions in California. Then everything fell apart.

The housing market bubble suddenly burst, and the El Moussa's literally went from riches to rags. Still practically newlyweds, Tarek and Christina found themselves in financial ruin. They traded their posh home for an apartment and started over.

Hitting rock bottom is the kind of stress that can either make or break a relationship. But Tarek and Christina realized they still had what really mattered -- each other. And soon, they grew their family to three, with the birth of their daughter, Taylor.

The early struggles deepened the couple's bond in a way Tarek says he will never forget. He wrote on Facebook:

"The beginning of our relationship was very tough and she rode the wave with me never complaining about our situation. She was always by my side. She was filled with love even though we were struggling financially. We did not know how to pay our bills. I will never forget when we had Taylor and she never bought maternity clothes because we couldn’t afford them. I will never forget going to subway to split 5$ footlongs from Subway because that is all we could afford. I love her more and more every day."

HGTV Couple Tarek And Christina: Rising Up From The Ashes

The real estate savvy couple succeeded in making the most of the housing downturn. They started flipping houses.

On a whim, Tarek decided to film the process from start to finish, and submitted it to HGTV as an audition tape. And just like that, Flip or Flop was born!

With the market in such rough shape, HGTV worried viewers might not appreciate a series capitalizing on flipping distressed properties. So, they scheduled the show to air at 11pm. However, after the premiere, the show became an instant hit!

And as it turns out, God had an even bigger purpose behind the show's success.

Along with turning things around for the El Moussa family, the show actually saved Tarek's life!

Registered nurse, Ryan Read, was one of the show's many adoring fans. She's also a special angel that God used to save Tarek. Ryan noticed a lump on Tarek's neck and knew it was serious. She immediately contacted the show's production company and stressed the urgency of the situation.

A doctor had previously told Tarek the lump was benign. However, Ryan's insistence that it was something more serious, Tarek decided to get a second opinion. As it turns out, it was cancer.

The news was devastating and seemed to come at a terrible time, since the couple was trying to conceive a second child. But the cancer had already started to spread from Tarek's thryoid to his lymph nodes and a later diagnosis could have easily cost him his life.

Instead, Tarek had his thyroid removed and underwent chemotherapy. Because of it, he is is happy and healthy today. And God used the entire ordeal to once again remind the TV host of what really matters in life.

"I’ve always been very work, work, work,” he says. “So, I stepped back and re-evaluated what I wanted, like spending time with my family and all that good stuff.”

HGTV Couple Tarek And Christina: A Family’s Fight For Life

The El Moussa's weren't just fighting for Tarek's life, but also for a new life in the family.

Before Tarek's diagnosis, the couple was already trying to have a second child. With the news of cancer, those plans drastically changed course. Tarek's radiation treatments meant it wasn't safe to conceive naturally. So, they turned to In Vitro Fertilization (IVF).

The first two IVF attempts failed -- one of which included a heartbreaking miscarriage at 8-weeks. They decided to give it one last try. This time, the ending was happier, but the journey was no easier.

To give this round of IVF the best chance possible meant a major change in pace for Christina. She had to spend a full week in bed, and after that, she couldn't go for walks or lift anything heavier than a gallon of milk for 13 weeks. That meant no picking up or holding her daughter, Taylor.

Of course, the couple was willing to do anything to make it work, so they planned this attempt during Christmas break when they wouldn't be working. But an unexpected back surgery wound up putting Tarek on the mend at the same time, making things extremely tricky.

But the loving family persevered, and after more than 2 years of trying, Taylor would finally get to be a big sister to a baby brother -- Brayden James! The delivery, however, was anything but easy.

Christina and her family just assumed this delivery would be easy, like it was with Taylor. Unfortunately, it was just the opposite.

Christina was in a lot of pain from the contractions, but unfortunately she wasn't dilating. It took hours before she was ready to push.

"After trying all labor inducing techniques, I was finally ready to push five hours later," Christina said. "I pushed HARD for 2 hours but his shoulders were stuck and his heart rate kept dropping. In the end, I had to go in for an emergency c-section. Because he was such a big boy, my Doctor was concerned he just was too big to make it out of me.”

God is good, and Brayden came through the emergency c-section just fine. Overjoyed at becoming a family of four, Tarek and Christina headed home to focus on life with a newborn and Christina's recovery.

Tarek and Christina figured things were about to get better. Little did they know, the road ahead was going to get pretty bumpy.

The difficult delivery and c-section took their toll. Christina said it felt as though she'd been "beat up by a world champion boxer." But one look at her precious baby boy made it all worth it. The proud mama shared the joyous news on social media, including pics of sweet Taylor taking right to her role as "Big Sis."

The vast majority of the responses to Christina's adorable photos were what you'd expect -- positive messages of congratulations and encouragement. But when she posted a picture on Instagram of Taylor bottle feeding her brand new brother, a surprisingly nasty comment hit a nerve (understandably) with the mom who'd already been through so much.

"Wow!! A c-section and bottle feeding?? you should have just got a cat you deadbeat fake. @tarekandchristina you are disgusting. This is why you had to struggle for another one."

Christina's fans were quick to come to her defense on Instagram. And in a beautiful Mother's Day Facebook post, Tarek raved about what a wonderful Mommy she is:

"This amazing girl wakes up every morning at 4:30am with our son, than gets Taylor and I up with breakfast in bed around 7am, then handles both kids, takes Taylor to school and attends to all of Brayden’s needs. When she gets ready in the morning Brayden is by her side and I love watching them gaze and smile at each other. She has more love than anyone I have ever met. . . When we get home she again takes care of Brayden and Taylor. Every day she does something special with our kids like going to the beach or to the park or to play soccer. After all that work she gets Brayden ready for bed at around 6pm and immediately after plays with Taylor to start her bed time routine. . . I am writing this because I wanted to share what an amazing hard working mother and wife she is."

After all this family has been through, one hater isn't going to bring them down. And it's an important reminder to never let anyone steal your joy. Each of the couple's struggles have not only brought with them valuable lessons, but beautiful blessings as well!

"Count it all joy, my brothers, when you meet trials of various kinds, for you know that the testing of your faith produces steadfastness. And let steadfastness have its full effect, that you may be perfect and complete, lacking in nothing." James 1:2-4

Find out the secret behind the success of HGTV stars Chip and Joanna Gaines! 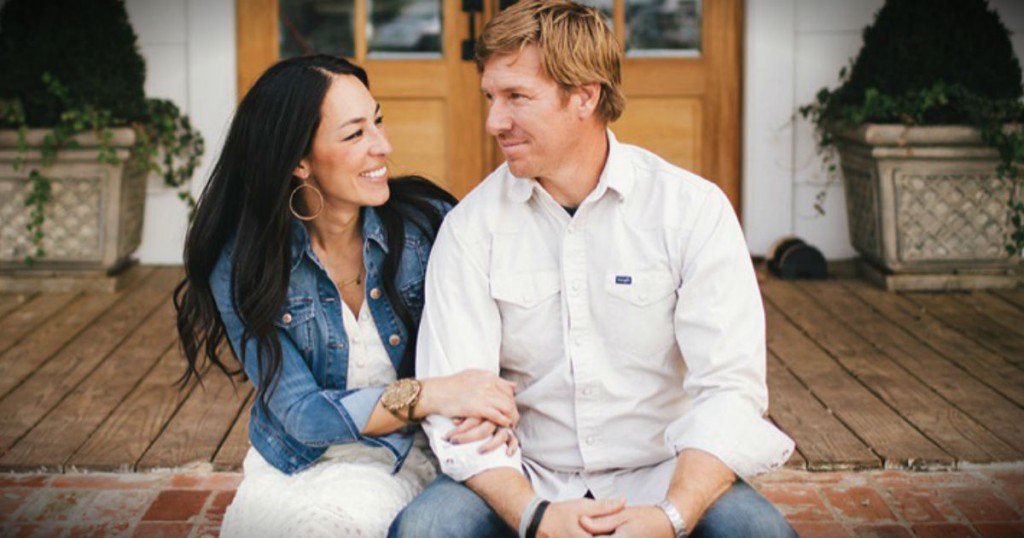