Hilary Duff's Response On Being Mommy-Shamed For Kissing Her Son

Being a mom comes with plenty of challenges. Mommy-shaming shouldn't be one of them. But being in the public eye means stars get it all... the... time. So, when Hilary Duff kissed her son at Disneyland, it didn't take long before internet trolls turned an innocent photo into an opportunity for mommy-shaming. But the celeb mom didn't just sit back and take it. And her response had us cheering!

The celeb mom was just trying to spend some quality time with her 4-year-old son, Luca. The two were having a great day together, and when Hilary Duff kissed her son at Disneyland, it made for an adorable photo opp.

But no sooner than the pic went up, the mommy-shamers started coming out of the woodwork. The attackers complained that the mother/son kiss on the lips was "creepy," "inappropriate" and "gross."

Plenty of fellow parents and fans came to the celeb mom's defense. But Hilary posted her own response to the haters! 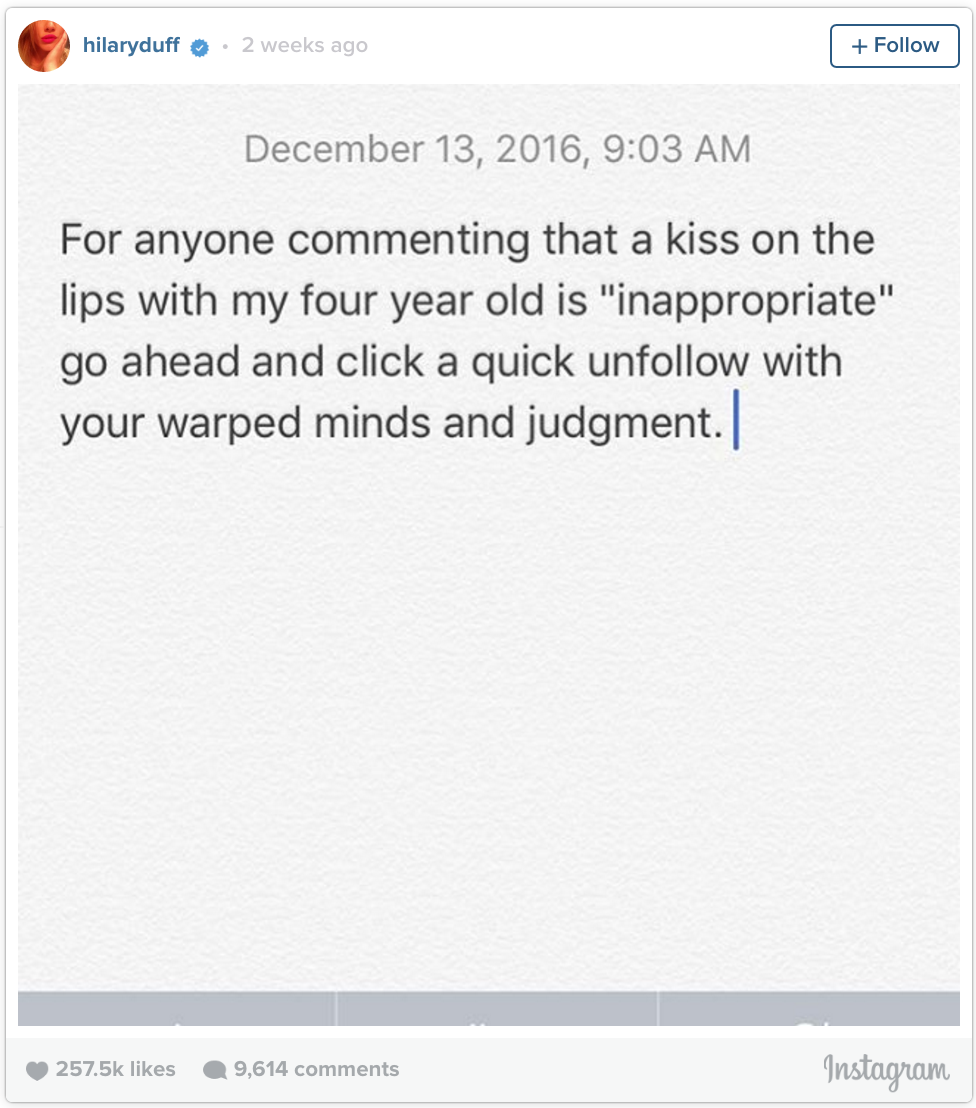 “For anyone commenting that a kiss on the lips with my four year old is ‘inappropriate’ go ahead and click unfollow with your warped minds and judgment,” she wrote.

And if you think Hilary is the only mom under attack, think again. Model Chrissy Teigen had endured her share of mommy-shaming thanks to her baby girl's eczema. She's been inundated with remarks about her 8-month old daughter's red cheeks.

And so, after posting a sweet video of her daughter, Luna, waving to her singer daddy, John Legend, Chrissy made sure to clarify that she and John were well aware of Luna's skin reaction and had it all under control.

"We miss you, papa!! Can't wait for you to come home! (Yes she has rosy eczema cheeks, yes we are taking care of it, no it's not a gluten allergy, no it's not our makeup, no it's not from our perfume, yes she's just a baby)" the caption read.

She'd purchased the food at the grocery store and was excited to introduce solids to her baby girl. But the photo had people chastising her for not steaming, pureeing and preparing her own baby food at home!

"We're all going to raise our children differently," Jana said. "Moms need all the help we can get and I just wish that we would all work together and not against each other."

And what Jana says is a powerful reminder that we aren't called to judge. Rather, we are called to encourage one another, to build one another up. Raising children is no easy task, and no one gets it 100% right all of the time. So, let's stop mommy-shaming and instead support all the moms and dads out there!

"Let no corrupting talk come out of your mouths, but only such as is good for building up, as fits the occasion, that it may give grace to those who hear." Ephesians 4:29

Read the full story on how country singer Jana Kramer responded when she was mommy-shamed! 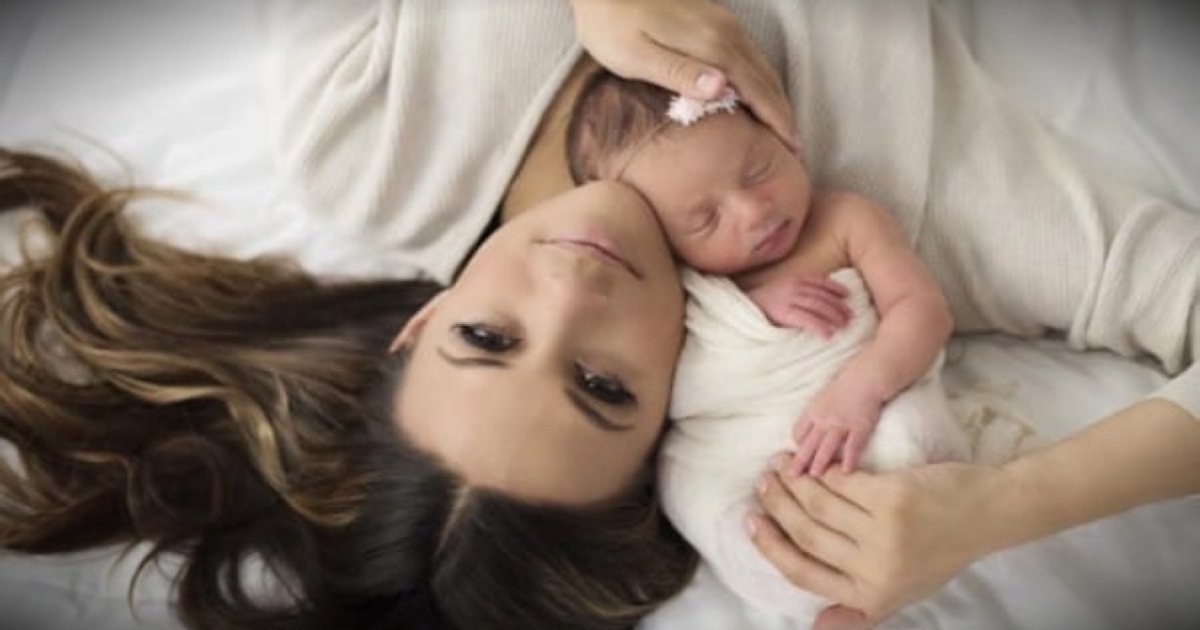