Homeless Man's Incredible Act of Kindness Will Melt Your Heart

Security camera's caught this at the Atlanta Omni Hotel. A homeless man wandered in and did something that shocked everyone: he returned a stranger's wallet. 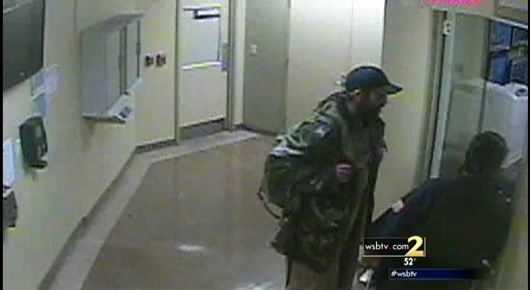 The man, believed to be named Josh Crabber, found a wallet that belonged to a guest while he was searching through trash for food. Instead of using the cash and credit cards for himself, Josh walked into the hotel and returned the wallet.

According to the Associated Press, the wallet's owner had been robbed earlier that day and the thieves disposed of the wallet in the trash.

Now, the Omni wants to reward Josh's noble deed and is looking for him.

The hotel would like to give Josh $500 for his efforts, in addition to putting him up in a room for Thanksgiving, with dinner and room service the next day.

If anyone knows this man, please let him know that people at the Omni hotel are looking for him to reward his good deeds.