From Homeless To HOME

Homelessness comes in so many different forms and for more REASONS we realize. Well for Frank Sarjanovic, it was more like a slow fade. Sort of like Casting Crowns song "Slow Fade" as the lyrics go on to say "People never crumble in a day; It's a slow fade, when you give yourself away. Thoughts invade, choices are made, a price will be paid." As you read his amazing story from sleeping in his car at Walmart to now helping other homeless is just a beautiful depiction of what God can do. 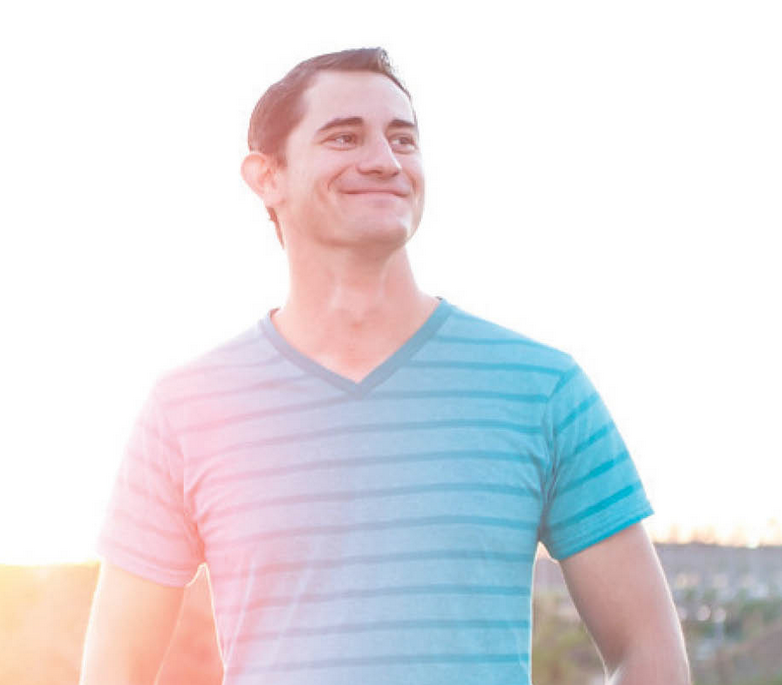 Frank Sarjanovic reached behind the front seat of his car to grab his blanket and curl up for the night. Turning back around, he was startled to find two smiling faces staring at him through the driver-side window. Frank had slept in this Walmart parking lot before without issue, but he had a sinking feeling that these women were going to ask him to leave. Instead, he was about to discover how God would use a Thanksgiving Dinner invitation to bring him home.

Four years prior, a series of devastating life events brought Frank to his breaking point. After losing his brother to cancer, he buried himself in 16-hour work days and grew isolated to avoid the pain. In time, Frank was in poor health, unemployed, and alone. “I was aimless. There wasn’t any rhyme or reason to why I did anything. I was just allowing myself to do what I needed to do to live.”

Frank knew something was missing in his life — something much more meaningful than the world could offer. His entire adult life had been about pursuing self-indulgences and the wrong relationships. Now, he was left feeling abandoned, betrayed, and forgotten. Without friends or family to turn to, Frank sold his possessions and set off on a journey in search of fulfillment.

With no set plans of where he would go, Frank traveled from place to place in a number of states, working the occasional odd job, and living on the street. Days seemed to drag on endlessly as he spent most of his time simply walking around. Little by little, Frank began to feel disconnected from humanity. Time was irrelevant, staying warm seemed impossible, and and to most who passed by him, he was invisible. Frank longed for the smallest gesture of someone’s touch.

“The hardest parts of homelessness are the things that you can’t see — like missing human touch. Even just a handshake or a hug are things that mean so much.”

Even a handshake or a hug mean so much.

Frank made his way to a mountainside in New Mexico. After four days of living in complete isolation, he was overcome with weakness from extreme hunger, bone-chilling temperatures, and paralyzing fear. The accumulation of the emotional pain Frank had been suppressing for years rose to the surface.

Heartbroken and in tears, he fell to his knees and cried out to God, “I can’t carry the weight anymore! It’s too painful for me to bear.” He asked God to come into his life and save him.

In that moment, the weight was lifted away and Frank felt a freedom unlike anything he had ever experienced. “I felt 1,000 pounds lighter. I didn’t realize how much I was holding in until I let it all go,” he explained. Frank looked up to find the sun shining down on his face. “I felt this deep warmth and an embrace that I had never felt before. I haven’t stopped feeling it since.”

Not long after, Frank returned to Orange County. Still homeless, he worked day-labor jobs and slept in his car. Frank continuously prayed for God to show him his purpose. One night, as he was preparing to sleep in a Walmart parking lot, he was greeted at his car’s driver-side window by two women inviting him to Thanksgiving dinner at their church, Saddleback. That was the beginning of a new life for Frank.

Friendships, faith, family, and purpose began to unfold in the months that followed. I felt like I had come home. I went from seeking to finding it, and then being moved and inspired to do more. Frank began attending weekend services at church, took spiritual classes, developed healthy relationships through a small group, and began volunteering in a ministry that serves the homeless. Even more incredible, he found a full-time job, a place to live, and his purpose: sharing God’s love by using his experiences to serve the homeless.

Frank says his life has been transformed through his growing relationship with Christ. The biggest change for him is living in a state of authentic contentment. “I feel happy. I feel blessed. I feel at peace. My life is not perfect — I’m still struggling. But no matter what happens, I’m content,” he reveals.

Although he is no longer homeless, Frank’s journey continues. This Thanksgiving eve, you’ll find him in that same Walmart parking lot, delivering smiles through car windows, and inviting others to come home.

This man feeds the homeless every single night!