Dale Partridge loves his beautiful wife, Veronica. But he's not just married to one woman. Don't worry -- this is not a case of polygamy. We'll let Dale's Facebook post explain, which has since gone viral!

Not Married To One Woman

Dale explains in a touching post how, in marrying his wife, he was actually saying yes to not one, but multiple women!

"Men are so worried that marriage will leave them with “only one woman” for the rest of their lives. That’s simply not true.

I fell in love with a 19-year-old rock climber, married a 20-year-old animal lover, started a family with a 24-year-old mother, then built a farm with a 25-year-old homemaker, and today I’m married to a 27-year-old woman of wisdom.

If your mind is healthy, you’ll never get tired of “one woman”. You’ll actually become overwhelmed with how many beautiful versions of her you get to marry over the years. Don’t say no to marriage, say yes and keep saying yes until the day you die."

RELATED: Husband writes an emotional letter after nearly losing his wife during childbirth

Happily married for 7 years, Dale and Veronica have two children, with another on the way. Dale is a Christian, an author and an entrepreneur. He regularly uses his Facebook posts to stress the importance of faith and family in his life.

Contrary to how marriage is depicted in today's society, the sacred union of husband and wife is a gift from God. And Dale's intention with his post, which is now viral, was to inspire and encourage those avoiding the lifelong commitment simply because of fear.

"For the last couple of years, I've seen so many men just not getting married, living with their parents until they're 30 or 35, playing video games, getting drunk at the bar," he said. "I'm trying to remind them, hey, marriage is awesome."

RELATED: Check out the incredible backyard chapel this devoted husband built for his wife

We certainly applaud this strong, Christian man and his words of wisdom. But his wife's response sums it up best:

"Wow, that just hit every heartstring you could possibly hit!"

This husband says he cheated on his wife at Target. But you’re going to want to hear the whole story! 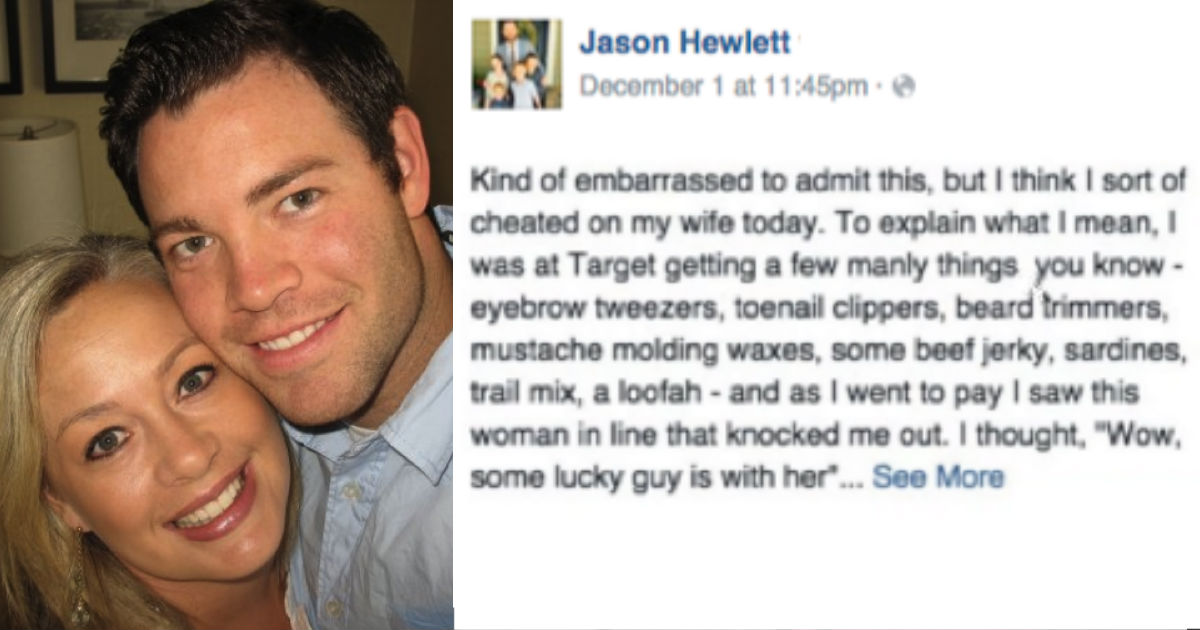