Lions, Tigers and Bears... Oh MY! These Three Creatures of God Found Family in Each Other.

This American black bear, Bengal tiger and African lion were all subjected to terrible animal cruelty. But, as 2 month-old cubs, Baloo the bear, Leo the lion, and Shere Khan the tiger were brought together. Unbelievably enough, the babies bonded and became each other's family. 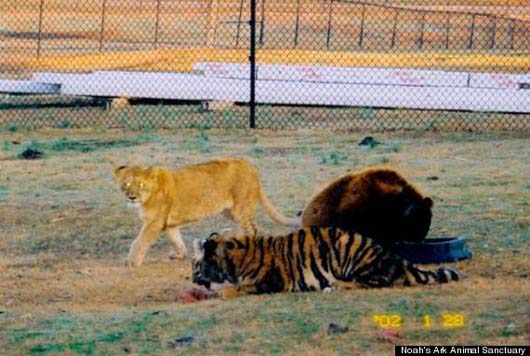 They don't care that they look different, smell different or are even of different species. 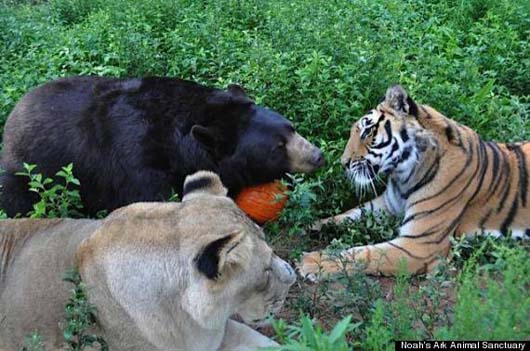 After their time being owned by a drug dealer who abused them, they were just happy to be cared for properly. 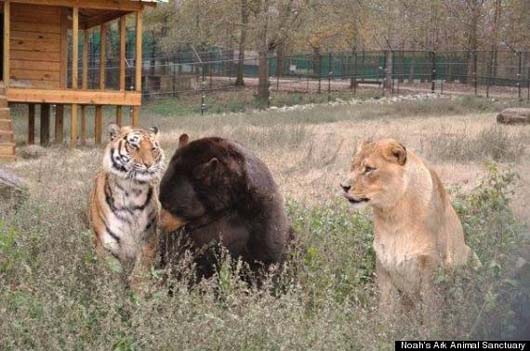 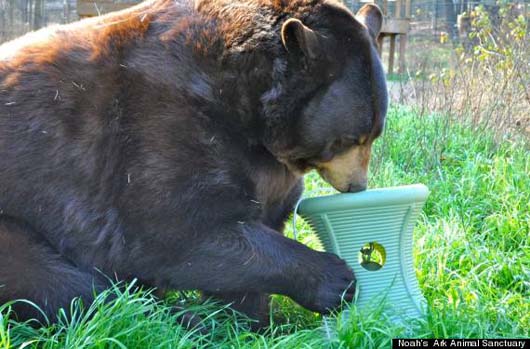 They could have separated the animals, but seeing how closely bonded they were, they chose to keep them together as a family. 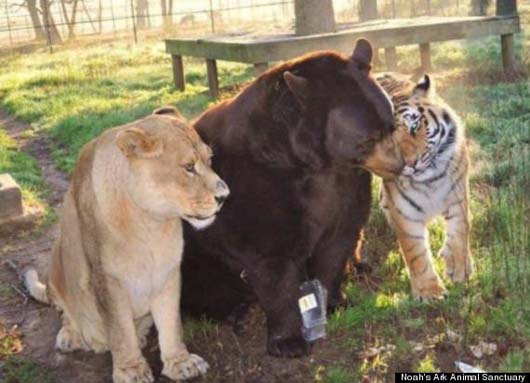 Poor Baloo had a small harness put on him as a cub. As he grew, his former owner didn't adjust it. The harness had to be surgically removed from his body. 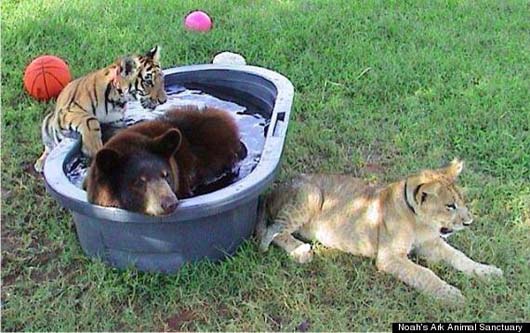 The sanctuary needed new fences to keep the big cats and bear safely inside their enclosure, but couldn't afford the cost. Thankfully, strangers online donated enough money to rebuild their fences... 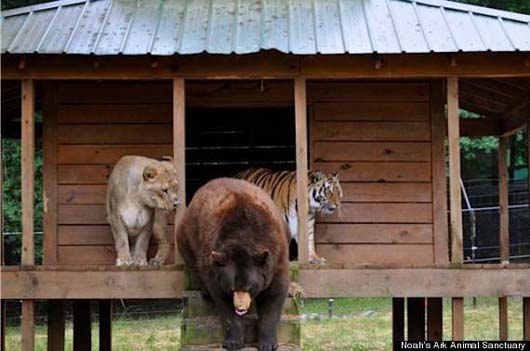 Ensuring that the three amigos would be staying together! 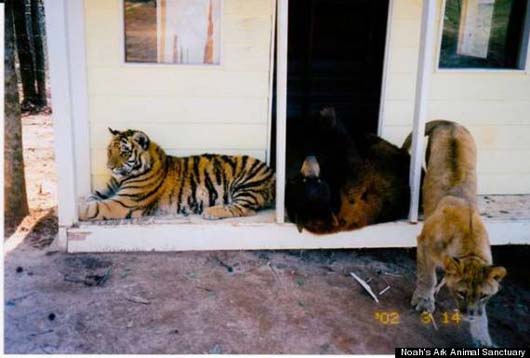 Their unconditional love truly lifts us up.

Learn to love others without judging them... it'll make you a LOT happier!