Loyal Dog Attends Church Every Day for his Deceased Owner

Tommy is a dog who has had his heart broken. His owner died over 2 months ago and he has been patiently waiting for her to return to him. He is a seven year old dog and he was adopted by Maria Margherita Lochi when she found him in the fields by her home when he was younger.

Every day, Maria would walk to church with Tommy. They would attend services together, with him patiently sitting at her feet. 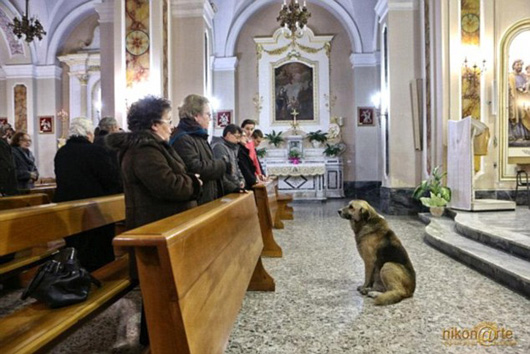 After Maria's funeral was held at the local church they attended daily together, Tommy has been making a special solo journey every day. He has been traveling to the church just to wait for her, hoping she will some day return. 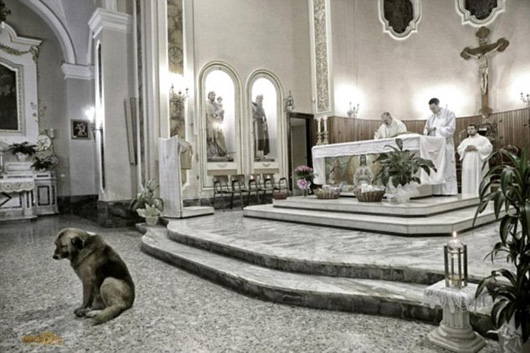 Father Donato Panna said: "He's there every time I celebrate Mass and is very well behaved - he doesn't make a sound, I've not heard one bark from him in all the time he has been coming in.

"He used to come to Mass with Maria and he was obviously devoted to her - I let him stay inside as he was always so well behaved and none of the other parishoners ever complained to me.

"He's still coming to Mass even after Maria's funeral, he waits patiently by the side of the altar and just sits there quietly. I didn't have the heart to throw him out - I've just recently lost my own dog so I leave him there until Mass finishes and then I let him out." 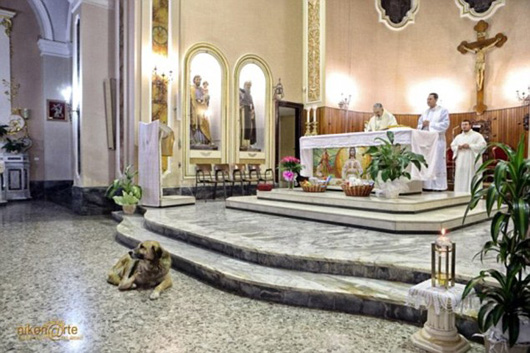 One day Tommy will be reunited with his beloved Maria, but until then, he will patiently wait for her. This is a story of true love.