Most Heartwarming Friendship Between 2 Old Animal Pals is So Sweet 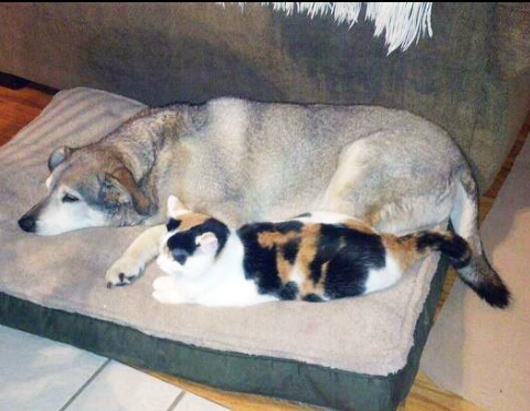 A couple of very unlikely best friends will just warm your heart to pieces! Buster, a 13 year old dog, and a cat named Kitty are inseparable. But that's not the cutest part!

Buster has been unable to walk much since he tore his ACL years ago, according to his owner. The vet gave Buster too much anesthesia, causing the dog to be paralyzed. No matter how frustrated or sad old Buster gets, he still has his best friend to keep him happy! Kitty didn't always sleep with Buster!

It wasn't until Buster started whining (because he was so alone at night) that the cat decided to keep him company. "[Kitty] usually sleeps with my sister but Buster would whine all night, so she started sleeping with him," said the owner.

Helping others can make your own life so much better! So take a note from Kitty, always help out a friend in need!