My Heart Skipped A Beat When This 84-Year-Old Jumped Out of a Plane. Why She Did It Is The Best Part

Years ago the “Sky Queen” put something on her bucket list that she was determined to check off…. even if it wouldn’t get done until her latter years. The lively South Carolinian, Dodie Bruening, jumped from the sky to celebrate her 84th birthday.

Dodie had her mind made up that she was going to take a plunge through the clouds since her early years, “I had thought about jumping since I was a little girl. We lived near an army base when I was a child and I’d see the planes go over and even as a child I’d tell my siblings, ‘I want to do that,’ ” she said.

Decades later, Dodie never forgot about her wild ambition, “I was going to do it on my 80th birthday," Dodie explained. “But two weeks before the jump I fell and broke my wrist and the doctors said I couldn’t do it.”

Just a few years later she forgot about the setback and ventured out to check that item off of her bucket list. 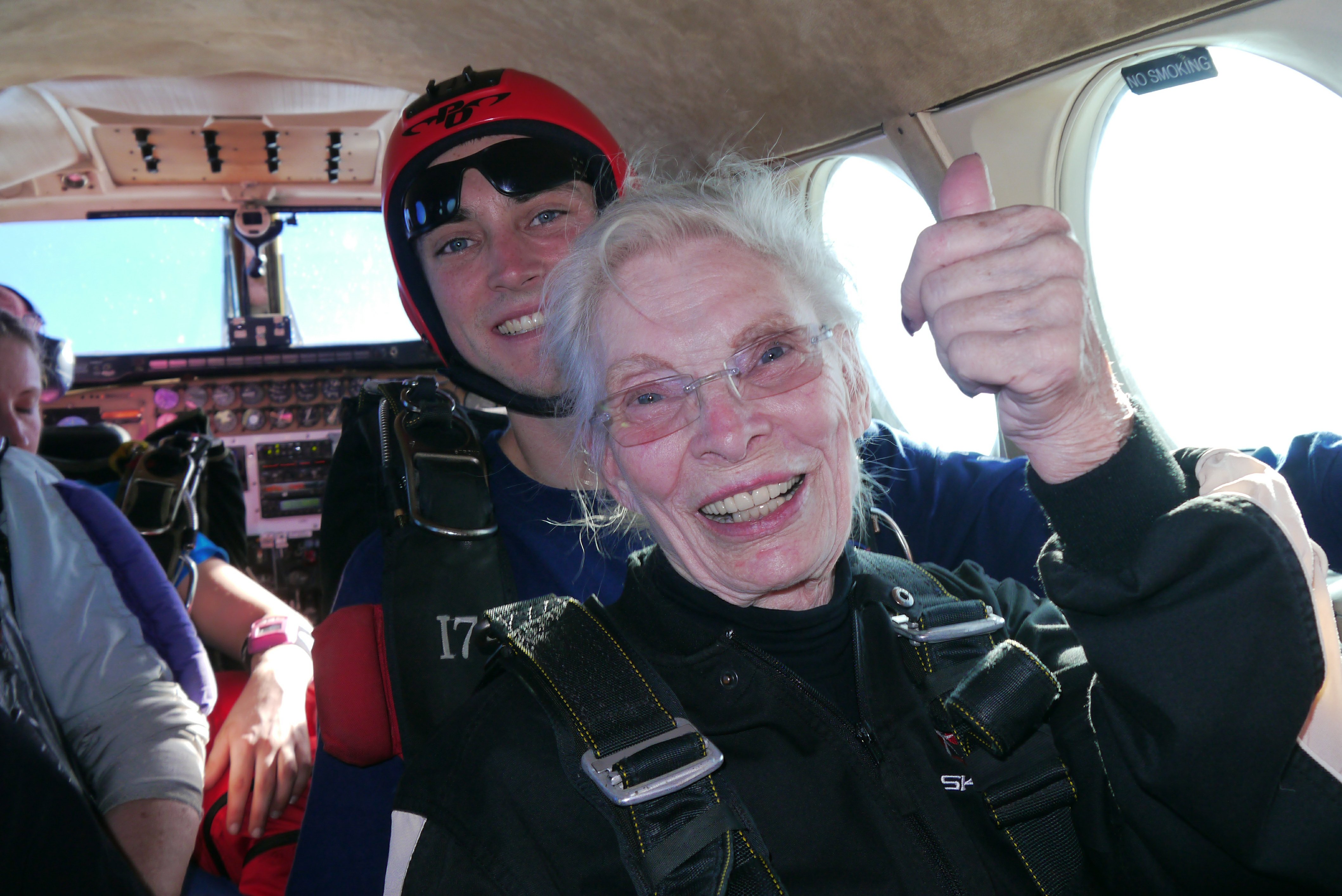 “I’m going skydiving,” she said excitedly while gearing up to board the plane, “It’s on my bucket list.” Dodie was cool as ice the entire time, and she even urged on her instructors, “Let’s get this show on the road!”

The crew flew to about 14,000 feet in the air as they prepared to jump, but Dodie still didn’t get nervous. And then it happened, she jumped! 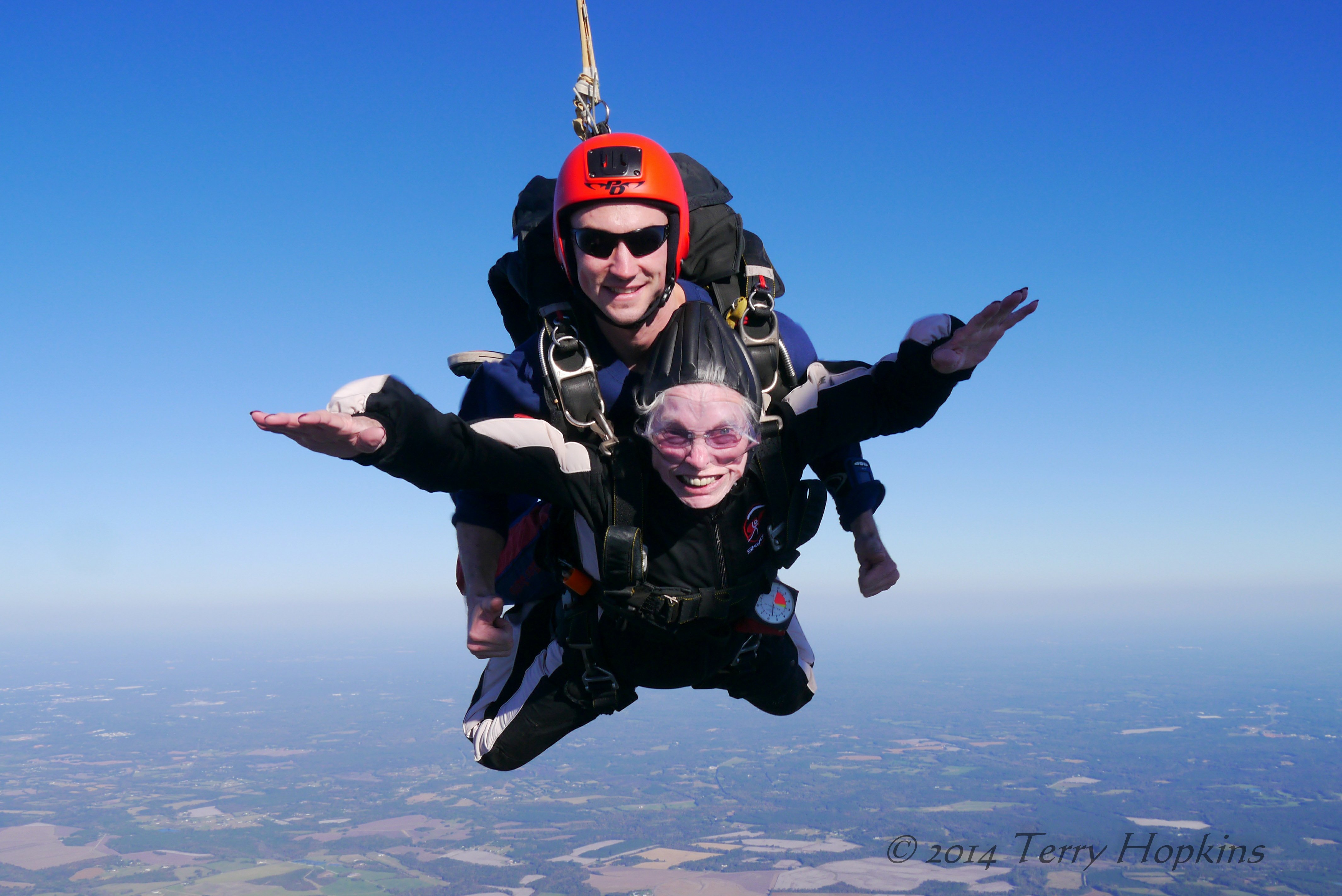 After she landed Dodie said, “I don’t believe it! ” This was one of her favorite birthdays ever.

Without missing a beat, however, she immediately quipped, “Loosen me up. I feel like I’m in a straightjacket,” referring to all the tight gear she was wearing.

When it was all said and done, someone asked Dodie if she would skydive again, and this is what she had to say, “Well my next trip up is going to be when I go with God!”

Great job Dodie, you’ve shown us that it’s never to late to go after your dreams!