No Passenger Will Ever Forget the Last 45 Minutes of This Touching Flight. Grab Your Tissues.

Delta Flight 2255 from Atlanta to Los Angeles seemed like an ordinary flight, even with its handful of uniformed soldiers on-board. However, the transcontinental flight turned out to be everything but ordinary. 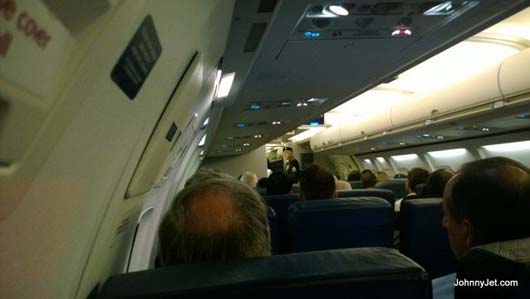 The captain of the flight got on the PA system 45 minutes prior to landing to make an announcement: the plane was transporting a fallen soldier. The plane went quiet as he explained that there was a military escort on-board and asked that everyone remain seated for a couple of minutes so the soldiers could get off first. 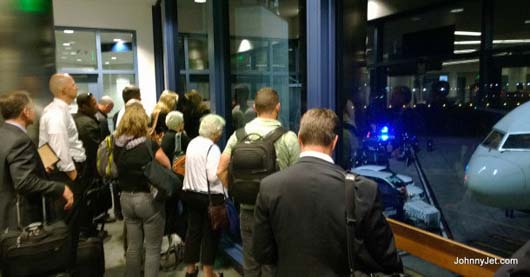 He also warned the passengers not to be alarmed if there were fire trucks, since Los Angeles greets their fallen military with a water canon salute. 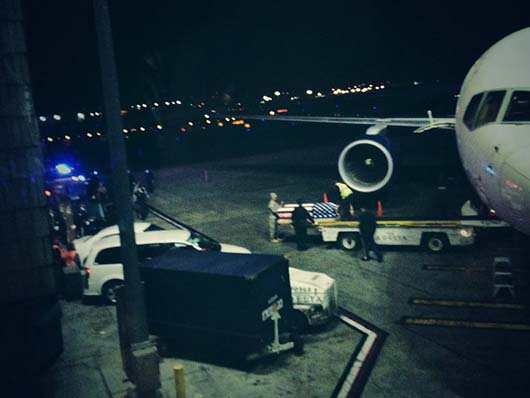 There was a water canon salute, a unique way to mourn a fallen hero, as if tears were falling from the heavens. 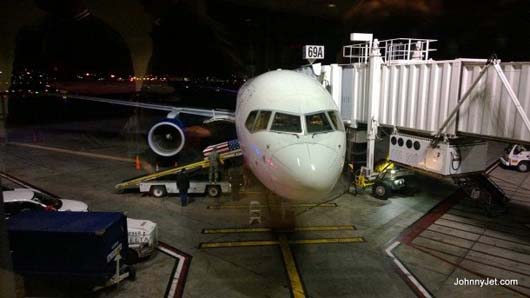 When the jet door opened, another military officer addressed the escort who was standing at attention. He then stepped on the plane and told the passengers “I just addressed the escort. It is a sworn oath to bring home, to the family, the fallen.” He paused and then said, “Today you all did that, you are all escorts, escorts of the heart.”

Everyone was silent and no one got up, every passenger was too overcome with emotion to move. After deplaning, a large number of passengers stood by the window instead of rushing towards their destination. They watched the Honor Guard and family wait for the soldier’s casket.

The wife and mother welcomed their beloved home at last… and every passenger that witnessed the scene would forever be changed. God bless our troops.