One Dog has 16 Adorable Puppies - Just Like a Disney Movie

On a quiet farm in England, something amazing happened - 101 Dalmatians came to LIFE! A young Dalmatian female named Milly gave birth to an amazing 16 puppies and now every day is like a Disney movie! (Except with maybe a little more stress and puppy catching!) 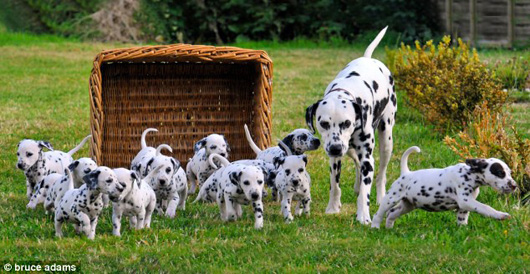 Milly's owner is a pre-school teacher, but that hasn't prepared her for having to deal with over a dozen of roly poly puppies. They run in between her legs, through the grass, over each other and faster than the eye can see! No one expected the dog to have so many puppies. In fact, when she was taken in for her checkup at the vet, they only expected FOUR. 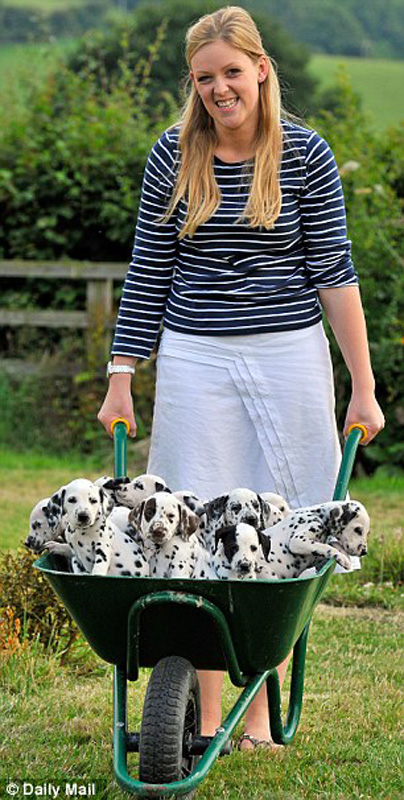 "We took Milly to the vet for a scan and he could see only four pups," says Becky, her owner. "Milly was much bigger than she had been before so I thought there must be more, but I had no idea she was carrying that many."

Milly failed to go into labor after being due, so the vet stepped in to see what was happening. Everyone was amazed at the events that followed! 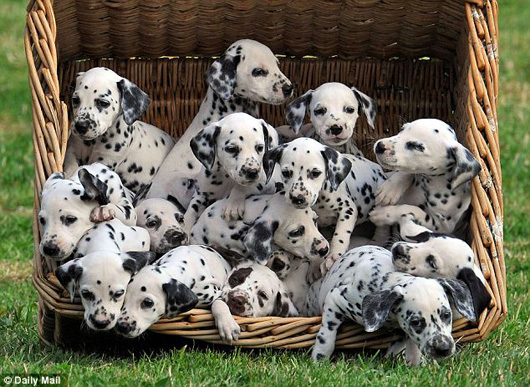 "He started lifting the puppies out and eventually got to eight," says Becky. "We thought that was it but then he said: 'I'll start on the other half now.' We couldn't believe it." 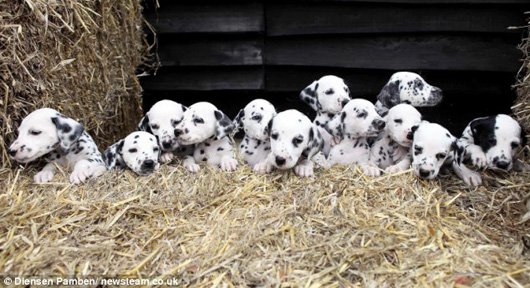 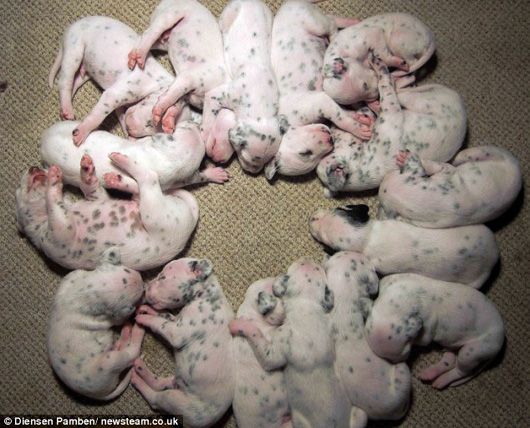 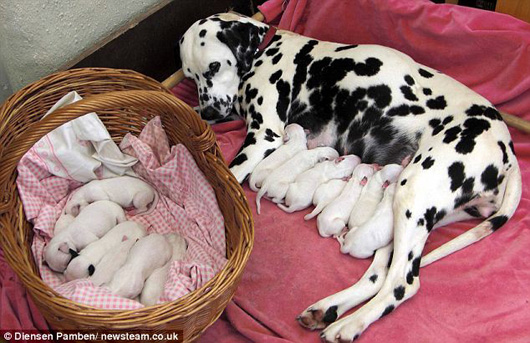 It was a scene straight out of Disney's 101 Dalmatians and the family couldn't feel more blessed! At a month old, the puppies had individual markings, personalities and relationships with the family. The quiet puppy is Prince and the biggest puppy is Butch... but they are all equally lovable.

What a miracle it is to have such a large, loving canine family. We know we are certainly jealous! :)