One Mom Hopes God Will Use Social Media To Provide A Miracle For Her Dying Son... And YOU Can Help! 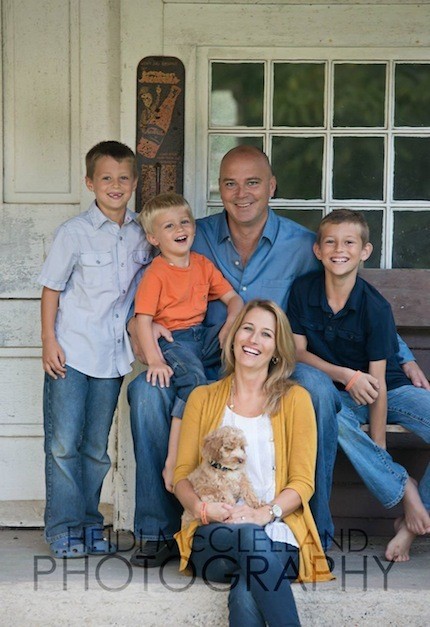 Any parent that received the news that their child was terminally ill would do anything to prove that diagnosis wrong. That is why Tammi Curtis, a mother to three boys, turned to the power of prayer and to the Internet to save the life of her 4-year-old son Chad. 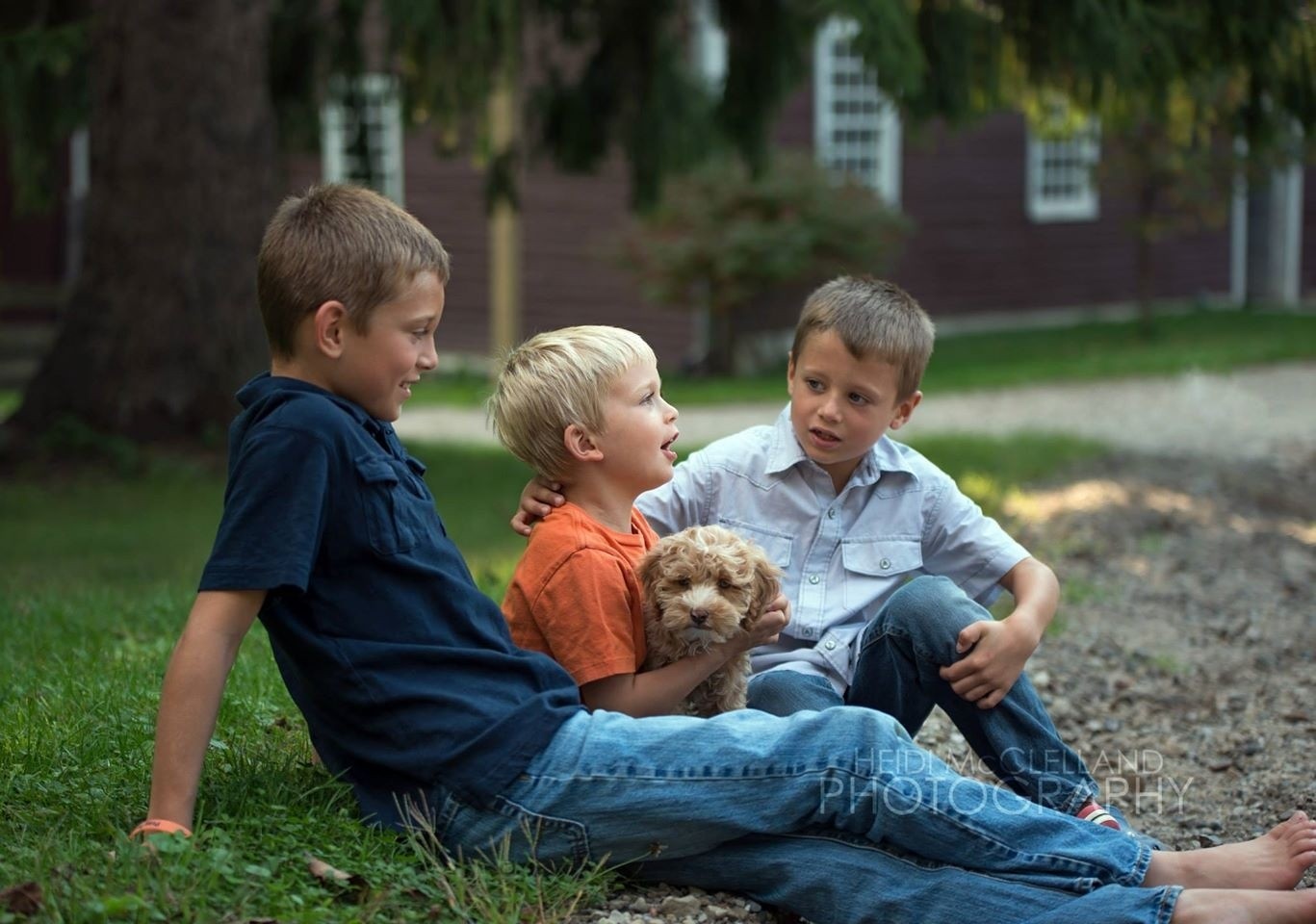 “We now need prayers and it’s my hope that this goes viral and millions fall in love with (Chad) and send him prayers,” she wrote. “It’s going to take a miracle and I believe it can happen and I hope you will help and spread his story!” 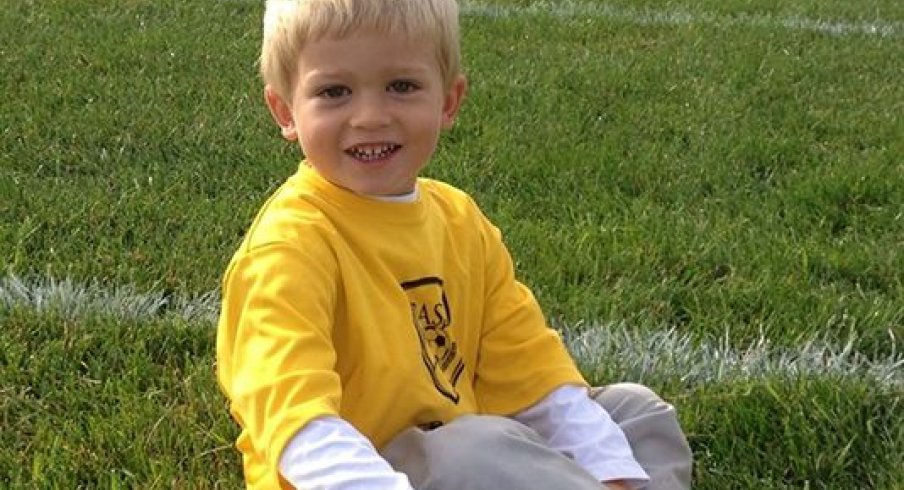 Chad received his diagnosis after he fell and hit his nose. The family took him to the hospital to make sure that he didn’t have a concussion, but an MRI revealed something far worse than they imagined. The Carr family was informed that their little Chad had a brain tumor on his brain stem, and that it was inoperable. This type of cancerous tumor is usually only found in children, and the sweet little ones that are diagnosed with it typically survive nine to twelve months after.

But just because doctors couldn’t do much for her son, that doesn’t mean that God can’t either. Tammi posted to Facebook soliciting the prayers of anyone one who had faith in God’s healing. She also knows that there is strength in numbers.

“There’s got to be a reason that this is happening. I know that God listens. I want an army to pray for my little guy. I don’t want anyone to stop praying for him. We have fantastic doctors, and some kids have survived. It’s still not promising but with prayer we can get that miracle.”

Sweet Chad recently celebrated his fourth birthday at the Children’s Hospital, and his family posted this faith filled messaged online, “Happy 4th Birthday to our beautiful little boy. Here’s to many more. #chadtough.”

Chad’s grandfather, Lloyd Carr, is the former head coach of the University of Michigan football team. At a recent game the team wore Chad’s favorite color orange, and the all sported wristbands that read, “Pray for a Miracle”. Some of the football players even came to play dinosaurs with him for his birthday. 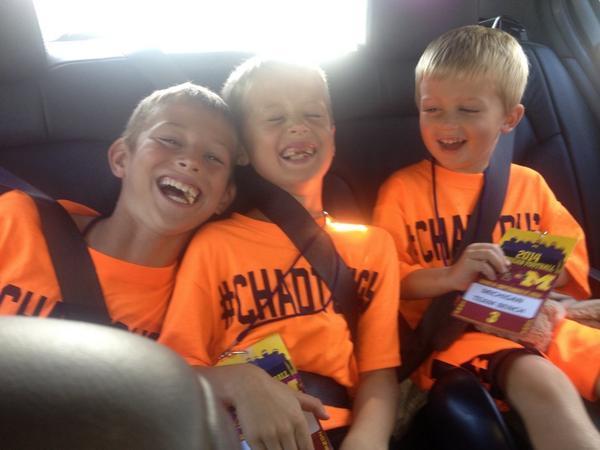 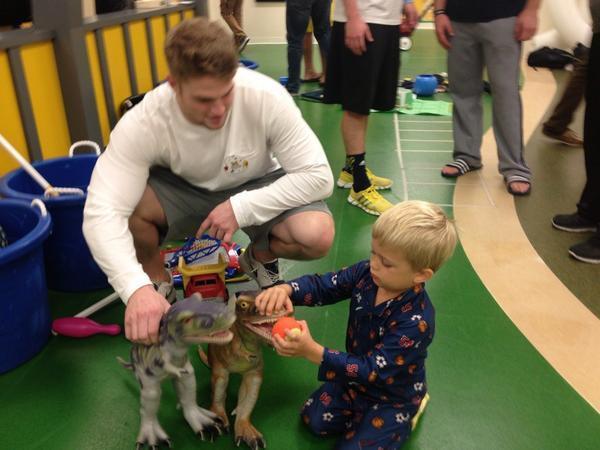 Chad is undergoing an aggressive radiation therapy and he could sure use our prayers now more than ever. (This is Chad two days after his first treatment. He sure is TOUGH!) 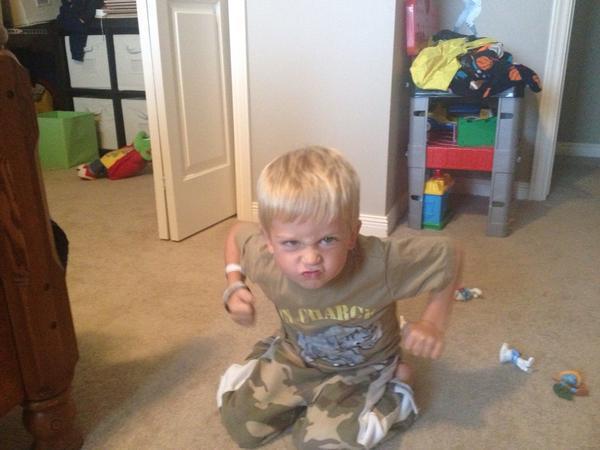 Will you join us in praying for Chad? You can write your prayer below…

Thank you so much for sweet little Chad. We loved seeing his precious smile in those pictures, and his “tough” face brought joy to our hearts. You have blessed him and his family so much, and we trust in Your perfect plan. We ask that you would heal his body of cancer and that he would be made completely whole again. Please keep him while he goes through radiation therapy. We also ask that you would give him a long life here on Earth. Please give his family strength and hope during this time, and help them to remember that you are their provider, and you are the Great Physician.

In Jesus’ name we pray,
Amen