Fourteen years ago an excited a little boy in Idaho, Tyrel Wolfe, stuffed little trinkets and toys into a shoebox along with a picture of himself in a cowboy shirt, and a sweet little note. He and his parents took the shoebox to a Samaritan’s Purse drop-off station to be sent to a child half way around the world. The child that received the box was Joana, an 8-year-old Filipina girl. 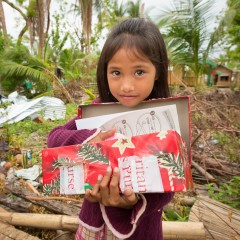 When Joana received her Operation Christmas Child Box in 2000, it changed her life. She wanted to thank the boy that put so much care into making her Christmas special, so she wrote him a letter. But she never got a response.

Joana didn’t want to give up on showing her gratitude, so she kept the boy’s information, and over a decade later, she tried to find him on Facebook. “I still wanted to thank the person who gave me the box that had meant so much to me.” she said. 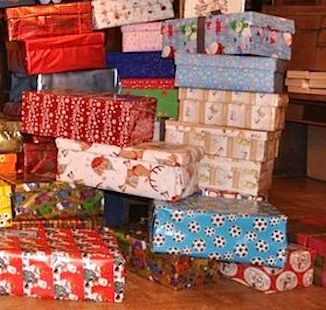 Dozens of matches came up for the name Tyrel Wolfe, Joana took a chance and messaged the one from Idaho. She had found him!

Tyrel was shocked to receive the message from Joana; they had so many things in common and they and began chatting on a regular basis.

“They were both passionate about music — albeit different styles — and both sing and play at least one musical instrument. And Joana had always dreamed of a quiet life in the country.” said a family friend.

Even though they lived 15 hours apart, the two scheduled times in the morning and at night to get to know each other a little better. But the couple understood that if they wanted to go any further in their relationship, then they would have to meet in person.

Tyrel did would any young gentlemen in love would do, he saved his money and he took the 7,000 mile journey to meet Joanna.

When they saw each other for the first time, something special happened. “Once I saw his face, an amazing feeling came over me. I was so happy I cried.” Joana said. And from that very moment Tyrel knew that Joana was “The one.”

While Tyrel was in the Philippines he asked for Joanna’s father’s blessing to begin a long distance courtship. He was granted his request.

When Tyrel return home he knew that he had to go back to see Joana again. He worked long extra hours as a bridge builder to pay for his ticket. Tyrel’s work paid off and he was able to return to the Philippines to reunite with Joanna for the holidays. Tyrel stayed for an entire month, and this time he received her father’s second blessing. Tyrel asked for Joanna’s hand in marriage.

The couple returned to the United States, and married on October 5, 2014. That was 14 years after a little boy wearing a cowboy shirt from Idaho packed a shoebox to send to a child in need. What Tyrel didn’t know was that he would be the one blessed by his own shoebox. 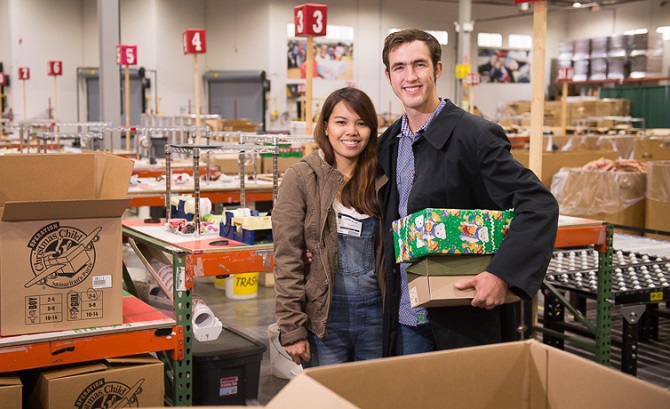 “I remember as a little boy, I was so excited to know the toys and other items I put in the box would bring joy to another child somewhere else in the world. I just didn’t know the joy it would bring back to me one day.”

Instead of receiving gifts at their wedding, Joanna and Tyrel’s guest brought a packed shoebox.

Check out another life that was forever changed with a Christmas shoebox gift: