Pastor And His Wife Adopt 2 Homeless Brothers Found At Church

God works in mysterious ways. The day before meeting 2 homeless brothers, Pastor Ronnie Stewart said to his wife, Krystal, who'd recently undergone a total hysterectomy in response to an early cancer diagnosis, "Well, no more kids for us." It was a blessing that Krystal was healthy, as was the 3 children the couple already had. But still, it was a bit disheartening to know that chapter of their lives was over. But as they say, when the Lord closes a door, somewhere he opens a window.

Ronnie and Krystal came to Pasco County, Florida with the mission of helping the large homeless population for which the area was known. They set up their church and immediately went to work assisting the hurting community. But then one Friday, God called the couple to help in a very special way.

Ronnie and Krystal spent the whole day working at the church. Out front on the street were two homeless brothers and their parents. They'd seen the parents before. Krystal says they were high on drugs and therefore refused to go to a shelter.

All throughout the day, Krystal couldn't help but notice the sweet face of a toddler peering through the glass doors of the church. His younger brother was strapped into a stroller next to his parents, and the family sat outside for an estimated 10 hours. Seeing the brothers in such desperate need tore at Krystal's heart.

"As parents of three kids, how do you go home and just leave them there looking like that?" she said.

As evening began rolling in, it brought with it the promise of a storm. Krystal was plagued by the thought of the homeless brothers out on the street in the middle of a storm. She suggested that Ronnie go ask the parents if they could take the boys home for the night. They agreed without hesitation.

Not five minutes after Krystal and Ronnie got the boys in the car and started driving home, the skies opened up and it just poured.

"I couldn't help but stare in my rear view mirror amazed and overwhelmed that God provided a refuge for these boys, and chose to use my home to do so," Krystal said.

The couple first bathed the filthy boys, ages 1 and 2, and then tucked the little ones in. Warm and safe for what was likely the first time in their lives, the brothers slept like logs for over 10 hours straight.

"I don't think they've ever slept in a bed before," Krystal said.

The couple returned the boys to their parents on Saturday, as promised, letting them know to call them should the brothers ever need a warm bed. They prayed for God to protect the precious boys and always provide them shelter. And our loving God knew just how to make sure that prayer was answered!

Sunday morning, as Krystal and Ronnie were leaving church, they were approached by the family and their social worker. The social worker had come to remove the boys from their parents immediately. The parents explained that the brothers would be placed into foster care immediately unless the Pastor and his wife were willing to take them -- right then and there.

Though they'd been completely unprepared for this question, their hearts already knew the answer.

"They asked if we could take them in. Next thing I knew, the boys were in my backseat with my kids on their way home with us," Krystal said. "We had no idea what the future had planned for us."

Little did the couple know, but their own children were already calling the two boys their brothers! The toddlers fit right in, and Krystal describes what had been so unplanned and unexpected as a beautiful blessing for their family.

"There's been a bond from the first day we took them in," Krystal said. "We're so grateful for this unexpected blessing."

Now, they are in the process of making their addition official. All of the consent forms have been signed, and the adoption process is in the final stages.

What a beautiful calling God has placed on Ronnie and Krystal in raising these boys. Amazing things always follow when you heed God's call!

See what God did for a couple who’d lost their baby and the ability to conceive! 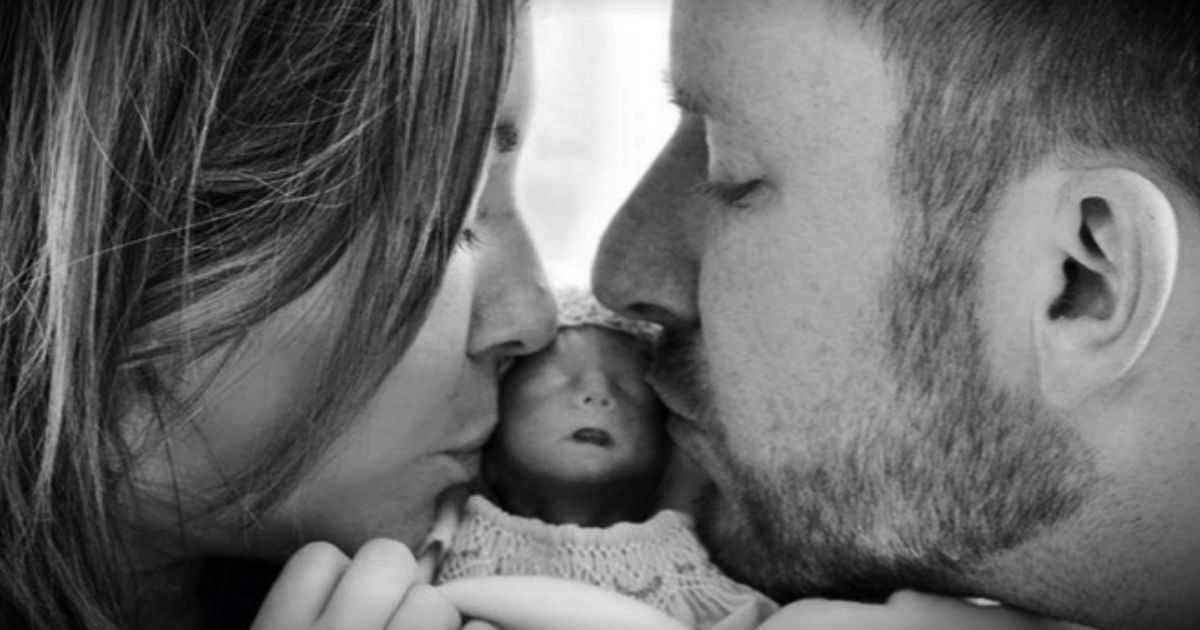