In the bitter cold of a Michigan winter, an animal rescue group made a heartbreaking discovery. There, in a pile of trash, sat an abandoned and emaciated pit bull mix. But thanks to the efforts of the kind rescuers, this poor pup is getting the second chance he deserves!

Out With The Trash

Rescuers renamed the emaciated pit bull mix Ollie Loo. His family moved away, leaving the poor pup to fend for himself. The Detroit Animal Welfare Group (D.A.W.G.) responded to calls from concerned neighbors, and found the abandoned dog in the most dismal setting.

“There were garbage bags and boxes, everything to the side of the curb for trash pickup," Terri Looby, a volunteer with the group who assisted in the rescue recalled. "... and there was this dog curled up in this tight ball.”

Terri says she called out "hi baby," and Ollie Loo immediately began wagging his tail so vigorously it shook his whole body. The pup limped over to his rescuers, and started doling out kisses. They had no trouble getting Ollie Loo into the warm car waiting for them. It was undoubtedly a welcome break from the frigid conditions, with temps dipping that day to 19 degrees.

“I think it took me a good 45 minutes to feel my toes when I got out of the cold,” Terri said. “To see a dog so loyal to his family to sit in a chair in the freezing cold to wait for them to come back... it still breaks my heart.”

Back at the shelter, rescuers gave Ollie-Loo the first meal he'd had in quite a while. And despite his intense hunger, the emaciated pit bull mix shocked everyone with his good manners. He sat still, waiting until he got the okay to eat.

“Once I said, ‘you can take it, it’s yours,’ it was gone in two seconds,” Terri fondly recalled.

Ollie Loo received a medical examination. The dog suffered an injured leg in addition to malnourishment. The broken femur required surgery, which was a success!

RELATED: Woman rescues an abandoned puppy tied up and left in a trash bag

And God was already working on bringing the pup who'd been through so much a loving new owner -- a man named Art.

"He had seen him on the news and his heart just said, 'this is my dog.' Ollie has since taken over his recliner — it’s no longer Art’s recliner; it’s Ollie's," Terri laughed.

It started as a foster case, but that changed almost immediately.

“As soon as he [Art] met Ollie, he had a huge connection with him,” Terri said. “He loves Ollie and Ollie loves him just as much. They found each other.” 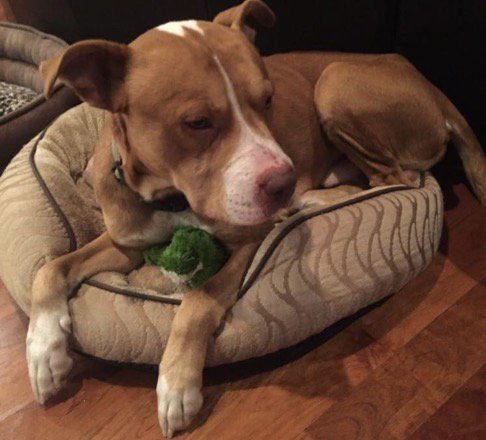 Credit: Terri Looby via The Dodo

While the staff at D.A.W.G. will miss Ollie's affectionate personality and sweet kisses, everyone is so glad to see him in the loving home he deserves!

"This one, he just hit everyone’s heart, big time. He’s going to be loved and he’s never going to have to worry about being thrown outside again. And that’s a great thing." Terri said.

A deformed kitty was left for dead in the trash until a 7-year-old angel came to her rescue! 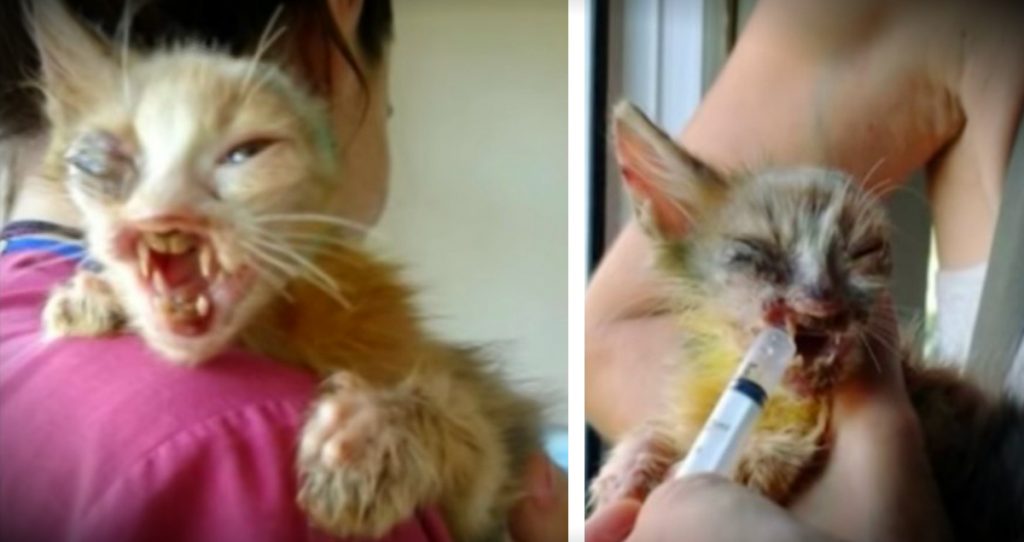