Possibly the Most Adorable Rescue on the Internet

The adorable bundle of cute that you see below is a hibernating dormouse. The little guy is still sleeping, even though he has been relocated and handled - and rescued from freezing temperatures!

Dave Williams is a dormouse expert who had a hand in saving the fuzzball that's only about three inches across. 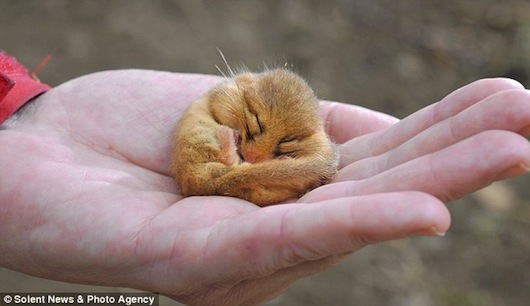 A gardener accidently raked the dormouse's nest out from the bushes, exposing the little creature to the rain, frost and cold of the winter. If left out in the open, the poor thing would have died from either the cold or failing to find food if woken early. 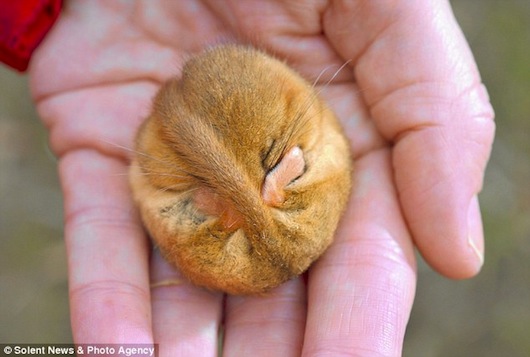 If held for too long, the dormouse would wake up from the heat, thinking it was spring. So, in order to keep it healthy, Mr. Williams took the dormouse to a sanctuary where it could safely hibernate until spring.

That was an adorable close call!