Rupee the dog was just 8 months old when he was found by Joanne Lefson. He was starving, dehydrated and extremely weak. She had to carefully feed him boiled eggs and rice just to give him strength.

Now? He’s so strong, he climbed to the top of Mount Everest. Just because. 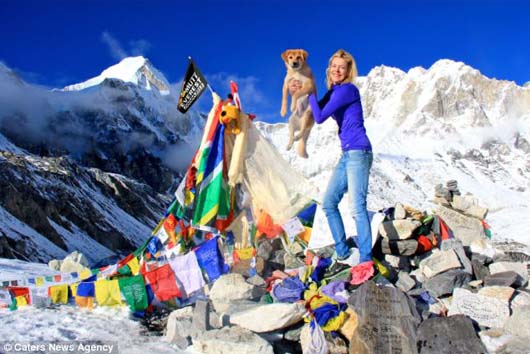 Once he was healthy enough, Joanne decided to take Rupee on her trek to Mount Everest. Before departing, she first checked with a veterinarian to make sure the dog would not suffer from altitude sickness at the base camp’s high elevation. Since the dog was born in the Himalayas, however, the vet assured her it would be fine. 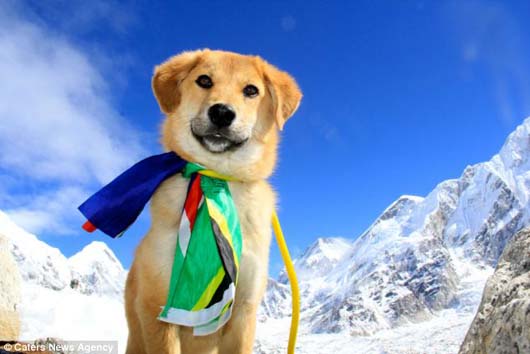 My greatest concern was wondering if Rupee could actually make it,” Joanne told the Daily Mail. “I prepared for the worst and arranged an extra porter just in case Rupee needed to hitch a ride.” 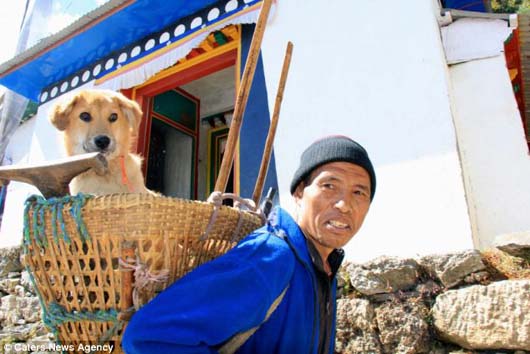 Rupee, Joanne, and Mumbai filmmaker Dev Argarwel, who shot the expedition, climbed to the famous Mount Everest base camp in just 10 days. 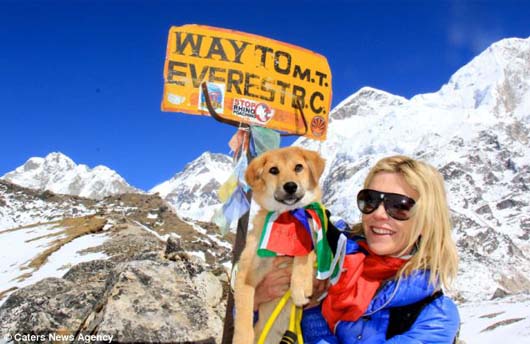 “A memorable part of the trip was seeing Rupee touch and walk on snow for the first time,” Lefson told the Daily Mail. “He loved it. He played in it at every opportunity, chased it, and even tried to chew it at times.”

Lefson told the news outlet that many tourists they encountered along the way couldn’t believe that a dog was heading to base camp. Joanne thinks they were jealous that they didn’t bring their dogs along for epic walkies, too!

Never give up hope, no matter how bad things seem. You never know what can happen in this life with the help of others and our Lord. :)