While two skiers were spending the day on top of a mountain, they happened across a lost dog. The poor pup was obviously malnourished, his feet were raw and bleeding from walking in the snow and he was in bad shape from the cold. 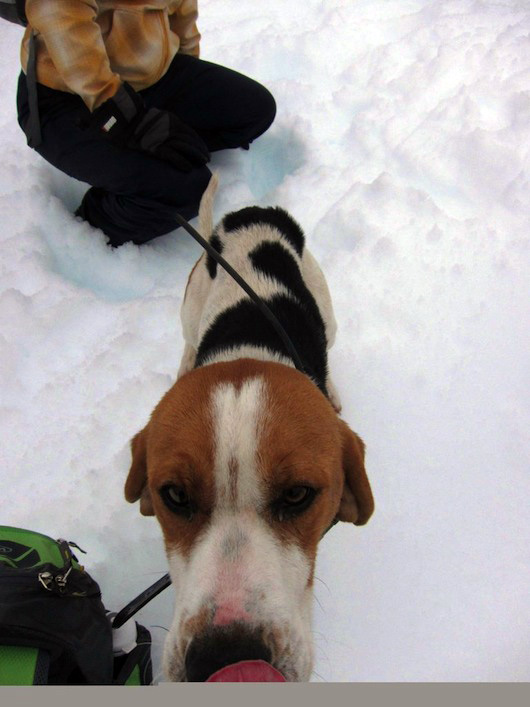 The dog had a GPS collar, but it seemed that the cold or dead batteries caused it to stop working. So the owners had no hope of finding the dog. He must have been too far away from his home to make it back in the bad weather. 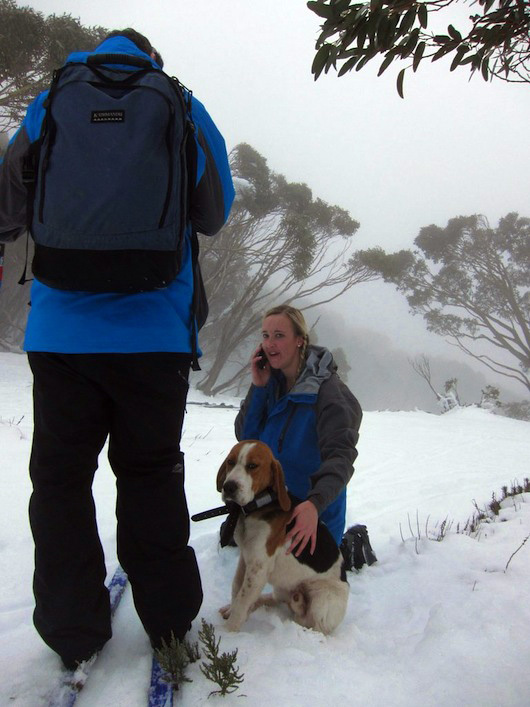 But the people who found him shivering and alone in the wilderness called the number they found on the collar. The owners were overjoyed to hear from the skiers... and were over 18 miles away! 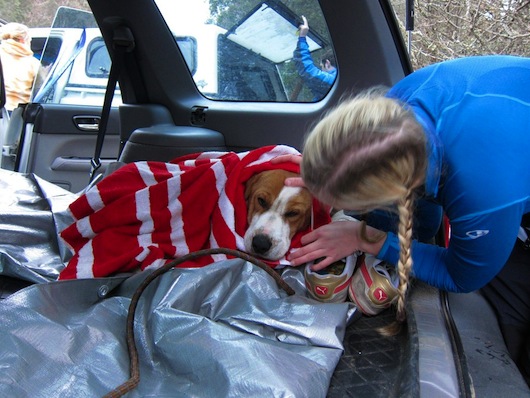 As soon as they could, the skiers took the poor dog back to their vehicles, where they dried him off, warmed him up and gave him some food. God Bless kind people like this - the poor dog probably would have died if it wasn't for their care!

Source: Posted by undercover_potato on Reddit.com.