Adorable Dog and Teen Swimmer Have a Life Saving Friendship 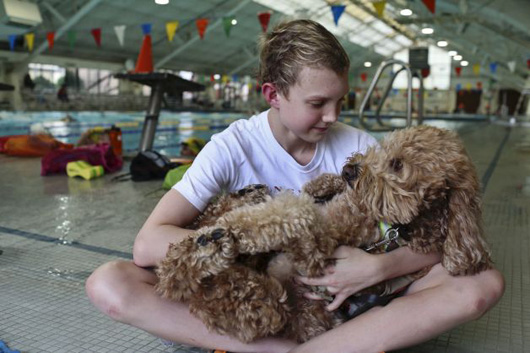 Dakota is one special Labradoodle. Day after day, he hangs out at the pool with the swim team. However, he isn't their mascot. He is actually a service dog that is there to keep his owner, Ben Ownby, safe. Ben is a freshman at Churchill High School that has Type 1 diabetes. That means he must manually inject insulin seven to eight times a day. He can't even use monitors that would be attached his body because he is allergic to adhesives. 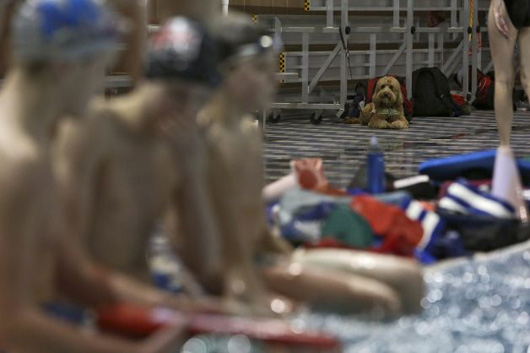 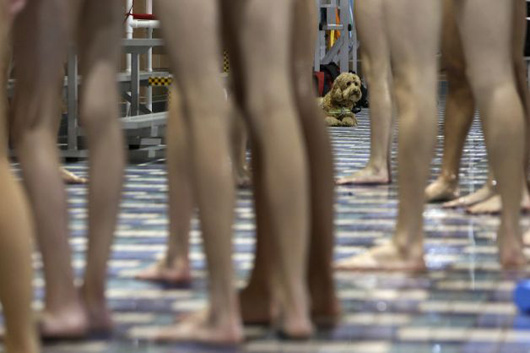 That's why Ben has Dakota. The dog can detect Ben's blood sugar levels and know when he is in danger. When they're high, Dakota tugs on a bracelet and when they are low, Dakota will jump on top of Ben. 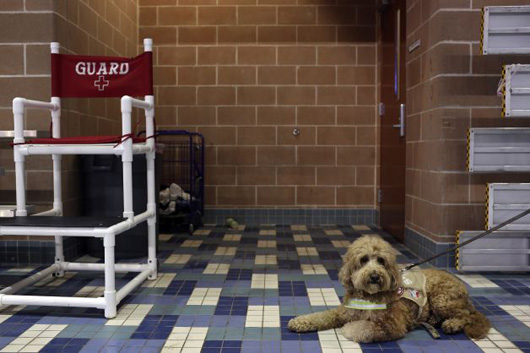 “Prior to having the dog, we had a couple of bad low blood-sugar times where he ... doesn't know where he is or why he's there,” said his father, Bob. “It's almost like he's drunk.” But now, Ben is protected by a dog with a nose so keen, he can detect Ben's blood-sugar levels from across a crowded natatorium. While in training, he found a sample with Ownby's scent on it from two-thirds of a mile away. 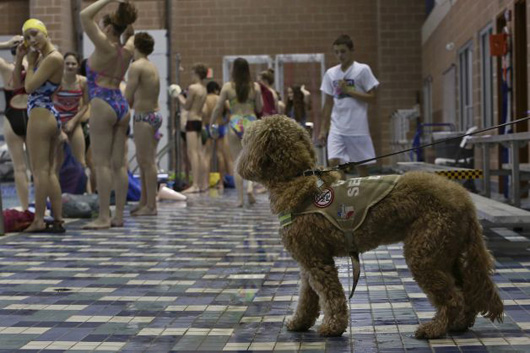 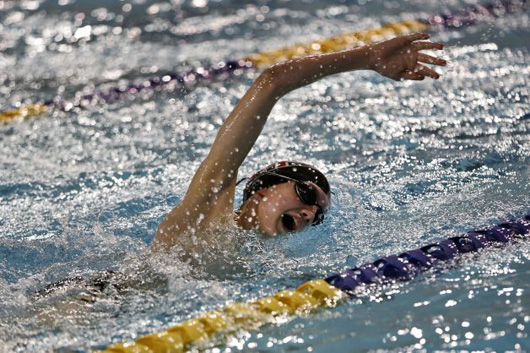 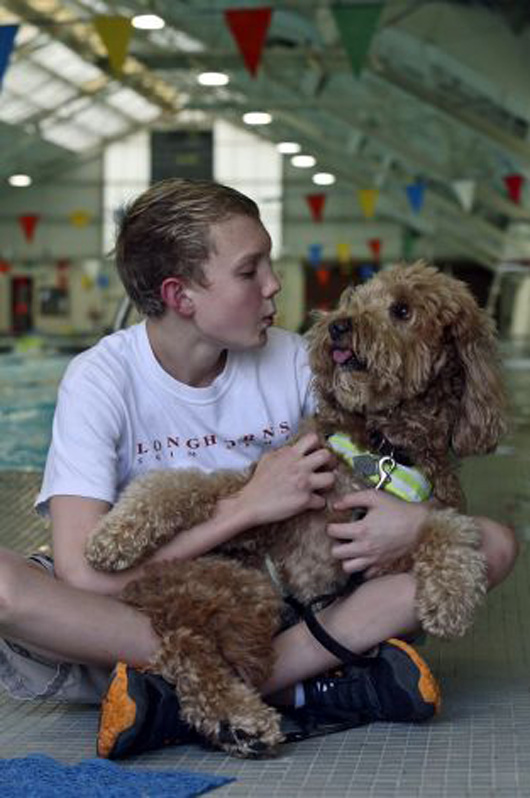 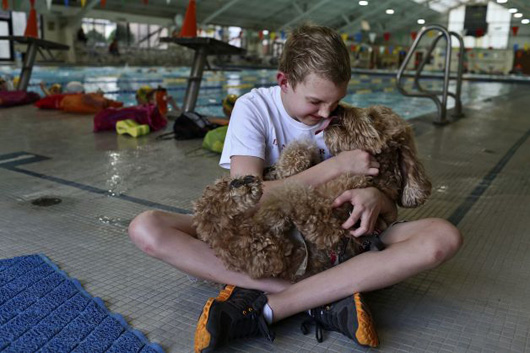 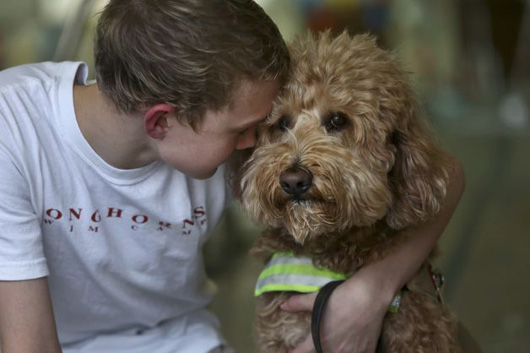 “He acts like I'm the only one near him, like there's nothing going on around him,” Ownby said.

This life saving friendship is truly one in a million!