Their Soldier Son Died In The Line Of Duty. But He Sent Them A Touching Sign From Above!

It was just like any other day for members of the 82nd Airborn Division Paratroopers who were stationed in Samarra, Iraq. Danger was always looming, but these brothers in arms had an obvious zeal for life.

One of these soldiers was Justin Rollins who was so touched by the events of 9/11 that decided he told his parents, Rhonda and Skip Rollins, that wanted to become a soldier.

Justin went on to become his squadron’s best gunner and its biggest prankster. 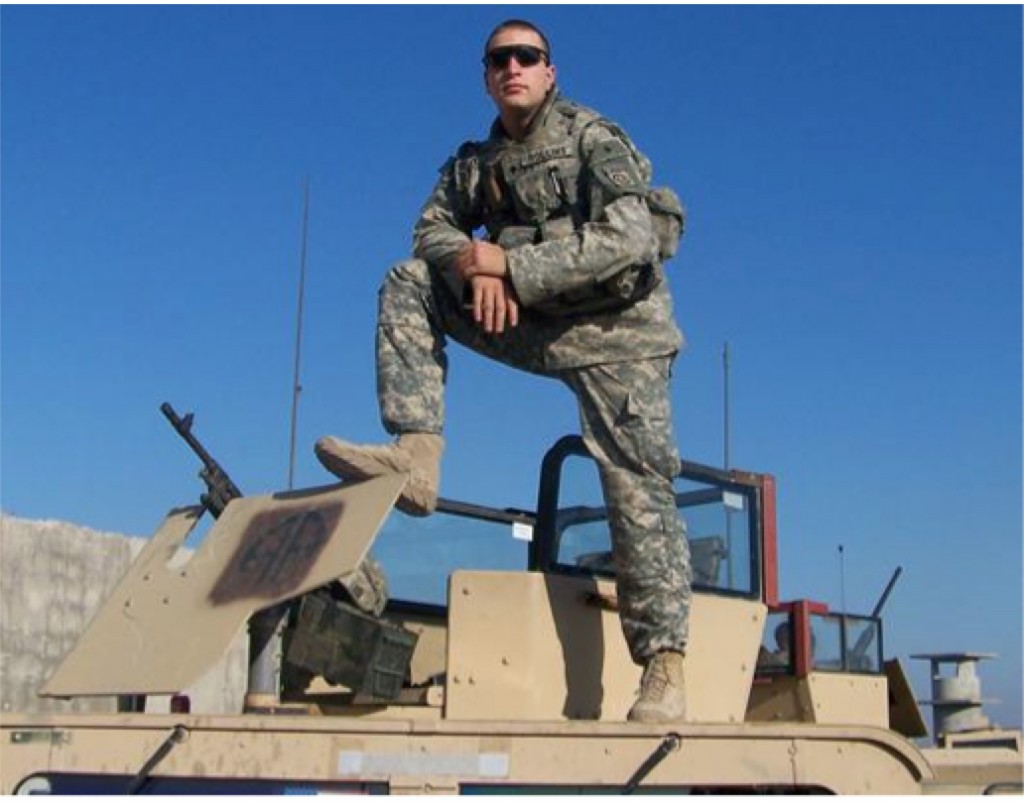 One might say Justin was also a huge romantic. He came home to surprise his high school sweetheart, Britney, and was so gentle with her as he assured her everything would be OK when it was time for him to return to Iraq. Little did Brittney know that he was planning to propose soon. 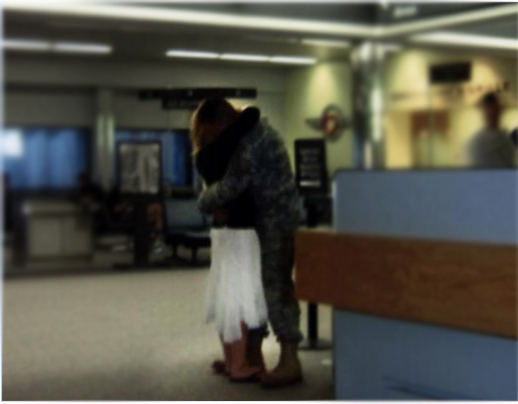 On March 4 of that year, he spoke with Brittney, telling her repeatedly that he loved her. Before he got off the call, he promised to email her some really great pictures. “I can’t wait for you to see them!” he said. 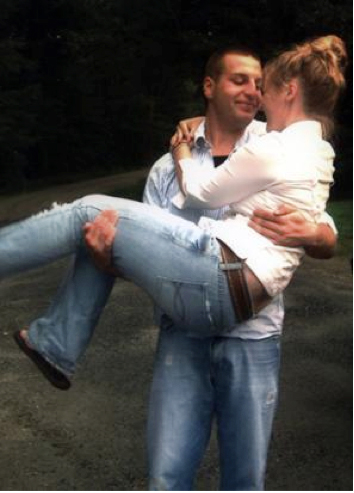 The next day, Justin’s mom had a terrible feeling that something was wrong that she just couldn’t shake. "At six thirty in the morning I was getting ready for work, and I felt a jolt just go right through me. And instinctively I thought of Justin, and I thought, boy, I hope everything's OK, it just was the weirdest feeling I've ever had,” Rhonda recalled. 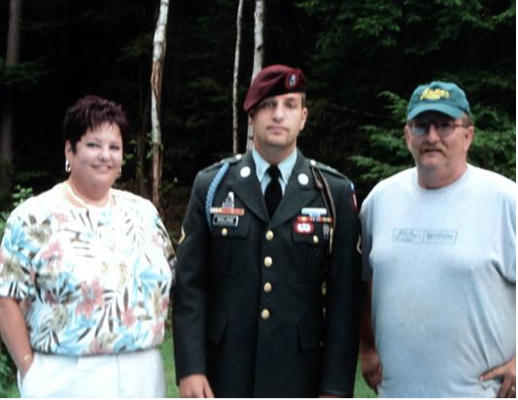 Shortly afterward, while looking out the window, Justin’s dad saw a car pull up the driveway. Two officers got out and came up the sidewalk to the door. "I remember what they said to me that day, 'Mr. Rollins, we regret to inform you that your son Justin Rollins was killed in action early today.' You just go empty, you die on the inside."

The loving parents were grief-stricken. And adding to their despair was Brittney’s broken heart.

"My mom called me, and she goes, Brittney, he's gone. I ended up passing out shortly after I had found out," said Brittney.

When Brittney opened her email that night, she saw the love of her life, now gone, but his last pictures revealing a huge smile, and an even bigger secret. 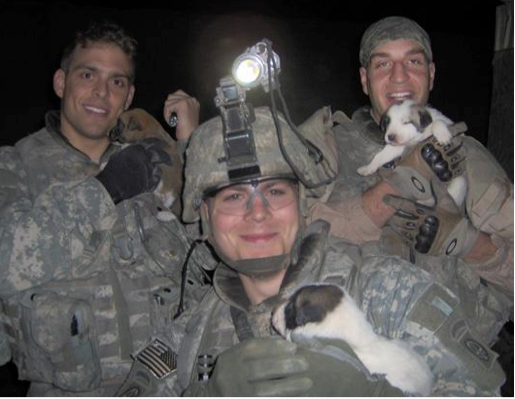 Justin, this big, tough soldier, was cradling a tiny sweet pup that fit into the palm of his hands. 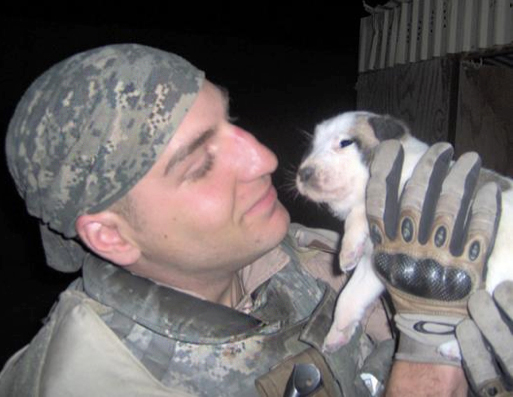 Those sweet pictures were still on Rhonda’s mind when Justin's body was flown home for burial. 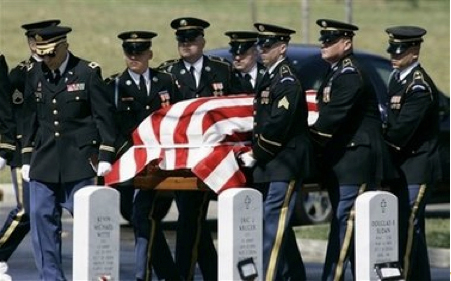 When When Army officials attended Justin’s funeral, they asked the family what they could do to help, Rhonda knew exactly what she wanted. 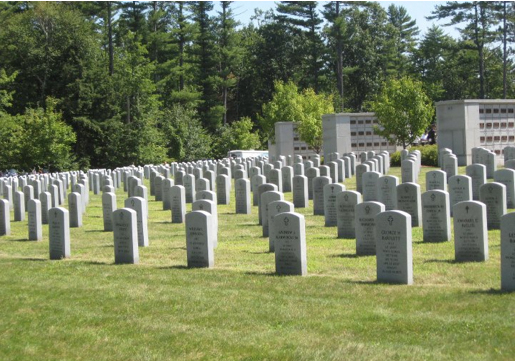 They said it was a one in a million chance it could happen.

After many national headlines and lots of public support, this stray homeless puppy living in a war zone found herself in the middle of a media circus on her way to greener pastures in New Hampshire. 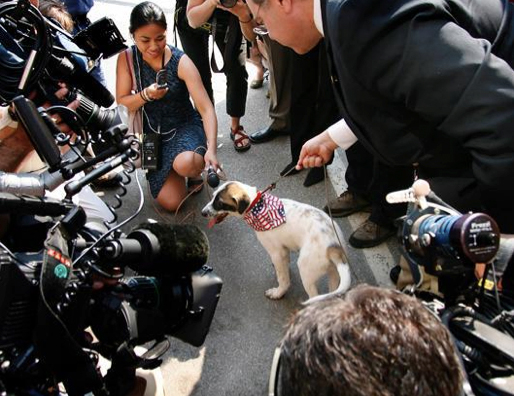 And so it was, that on his last night on earth, Justin completed one final heroic mission while serving in Iraq—he saved an abandoned puppy. And now his family can hold onto a living piece of their fallen son. They named her Hero.

"One of the biggest decisions for wanting to get Hero out of Iraq was to honor him by saying, this is the last life that he saved," said Skip. 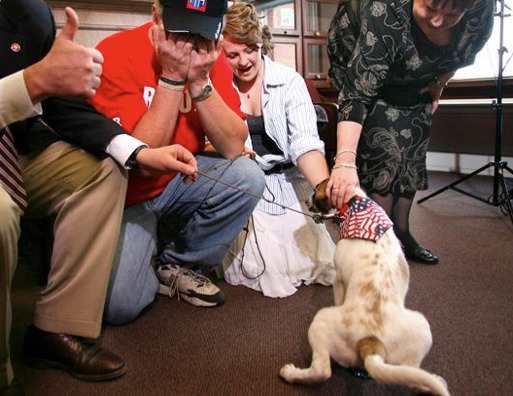 "And she gave him the last bit of happiness, by the smiles on his face, when he was holding her, it's just beautiful," Rhonda said. 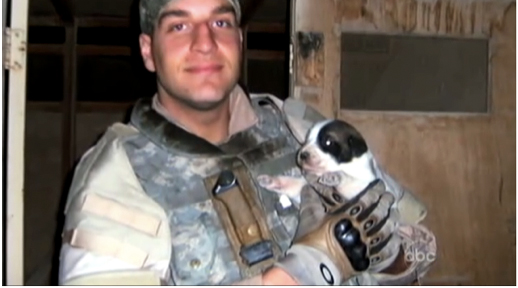 While filming this story for 20/20, ABC’s reporter, Kimberly Launier, got chills.

While the family was talking about how Justin would feel about them getting Hero out of Iraq, a beam of light penetrated through the overcast, cloudy day. That beam of light from Heaven above shone brightly in one place only in the family’s yard—directly where Hero was standing. 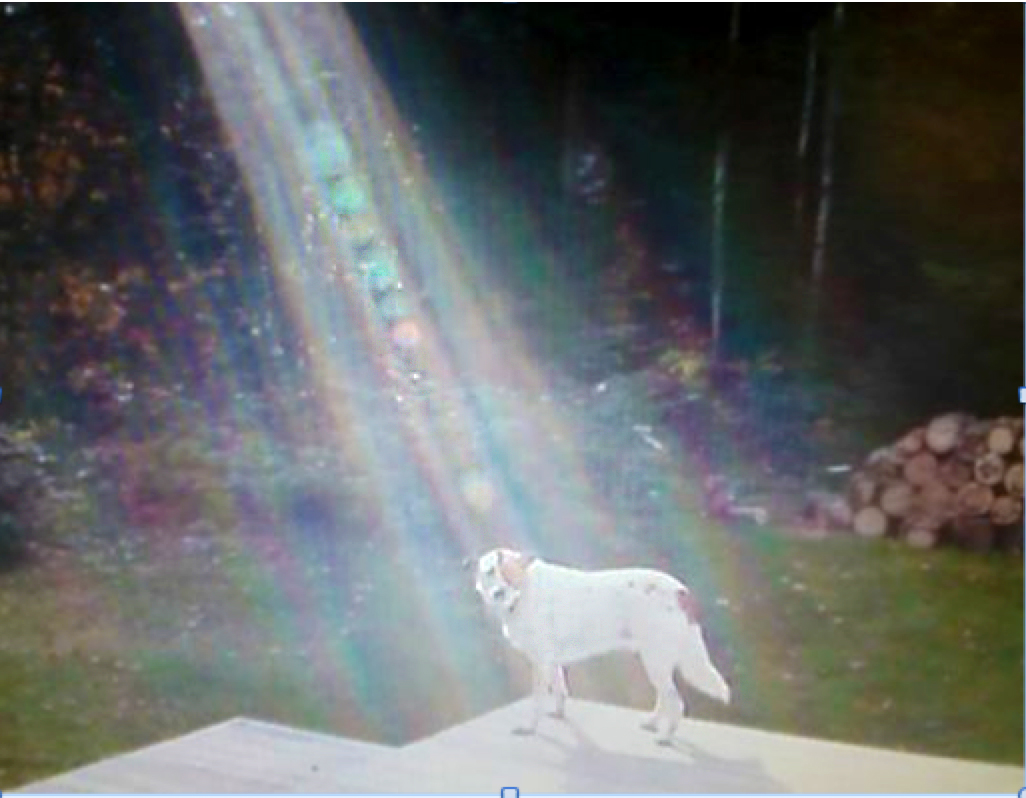 "It was an unforgettable moment," Kimberly wrote of the vertical halo, "and made me wonder if in fact Justin was in there."