They Thought Her Mom Was Burning Her. But Her TRUE Life Story Is So Uplifting!

Don’t Let Anything Stop You

Life can sometimes be overwhelmingly hard. We all have days where we feel like it’s just not worth it. . .where we just want to give up. And for me, that’s why stories like Mui Thomas’ are just so powerful. Mui suffers from a very rare and severe skin disorder called harlequin ichthyosis. It’s something she could have easily let discourage her. But for the people who take the time to get to know Mui, they can’t help but be impressed by her energy and upbeat spirit! 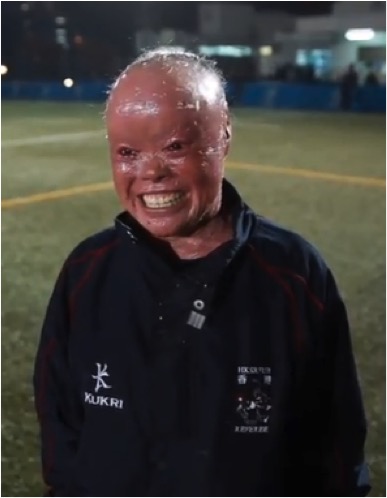 Mui’s “never quit” attitude is especially uplifting when you take into account all of the hardship she has endured. She’s never known her biological parents. But God blessed her with her adoptive parents, Tina and Roger, when she was very young -- something that greatly helped shape her to be the strong and courageous woman she is today. 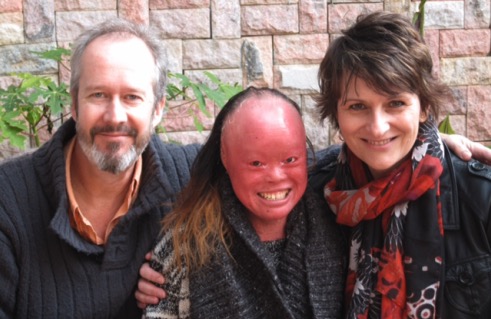 Credit: The Girl Behind The Face Blog

Tina and Roger never planned to be adoptive parents. But over 20 years ago, while living in Hong Kong, the couple felt a calling to volunteer as foster parents. That’s when they started visiting Mui at the Duchess of Kent Children’s Hospital. Mui was only a few months old when the visits began, and over time, the infant and this kind couple formed a close bond.

But when Mui was moved to an institution for the mentally handicapped, solely because there was nowhere else for her to go, Tina and Roger felt compelled to act. Roger explains,

“She was effectively being hidden away from the rest of society in a home for the mentally handicapped. She has no mental handicap. Now, we had to make the decision.”

They say their decision to adopt Mui made no sense to anyone else. But they knew this little girl needed them, and they had fallen in love with her. And so, they became Mui’s new parents -- a true blessing for the long road that Mui had ahead. 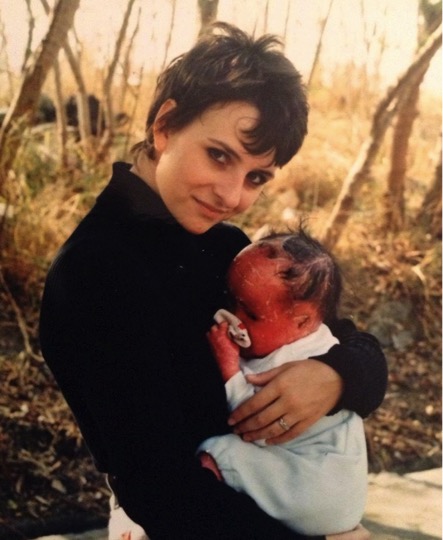 Life was not easy. Her disease causes the skin to grow very thick, with deep, painful cracks. Aside from the discomfort, it can also create a host of medical issues, including regular infections. In fact, at age 4, Mui came down with such a nasty infection, doctors almost couldn’t help her. Every antibiotic they tried yielded no success. Ultimately, they reached the point where there was only one medication left to try, and, praise God, that was the one that finally worked. 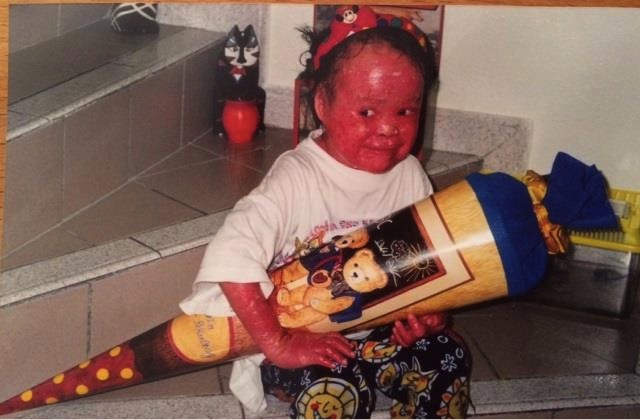 Despite her condition, Mui was a cheerful and active child. Her parents did their best to shield her from hardship, and to teach her the benefits of a positive attitude. Her mom, Tina, says,

“We’ve also very much instilled in her [the importance of] enjoying the world. You know, the carpe diem thing. You don’t know what’s around the corner, for any one of us.”

But, of course, Mui’s parents could only shield her from so much. The dark red and scaly appearance of Mui’s skin meant the family regularly had to endure stares and whispers when out in public. One especially painful memory still haunts Tina today. While out and about, a woman mistook Mui’s skin disorder to be burns, and actually spit in her mother’s face in disgust, assuming that she had done this to the girl. 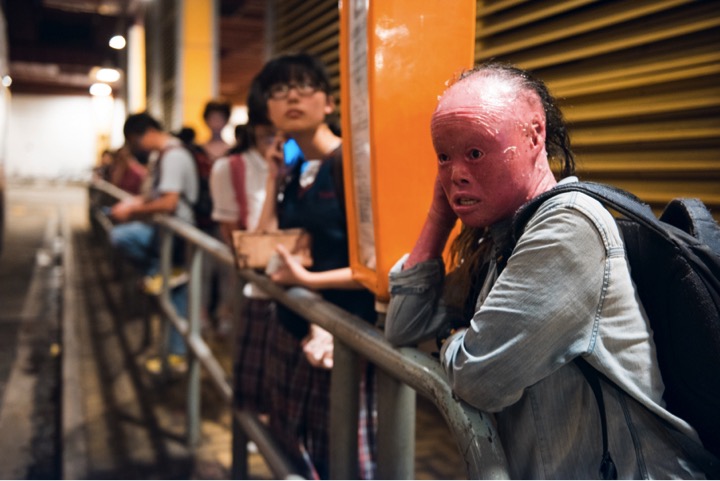 By the time Mui became a teenager, the cruelty she faced from others because of her appearance had gotten out of control. She was the victim of such intense cyberbullying that on one occasion police had to get involved. One girl at her school complained of being so disturbed by Mui’s appearance that administrators actually asked Mui to avoid certain areas of the school. The impact it had on Mui was devastating. This once happy go lucky child now found herself so down that she’d started to contemplate suicide.

Her parents, who had tried their best to keep Mui out of the limelight, realized they had to face the bullying head on. They set up the Girl Behind The Face Facebook page, and her father has written a book by the same name, in an attempt to help educate people on Mui’s disease. Her dad, Roger, says,

“There was no way of protecting her without speaking out. And the more people that we talked to, the more we realised that they benefited from hearing our story. People will stare anyway.” 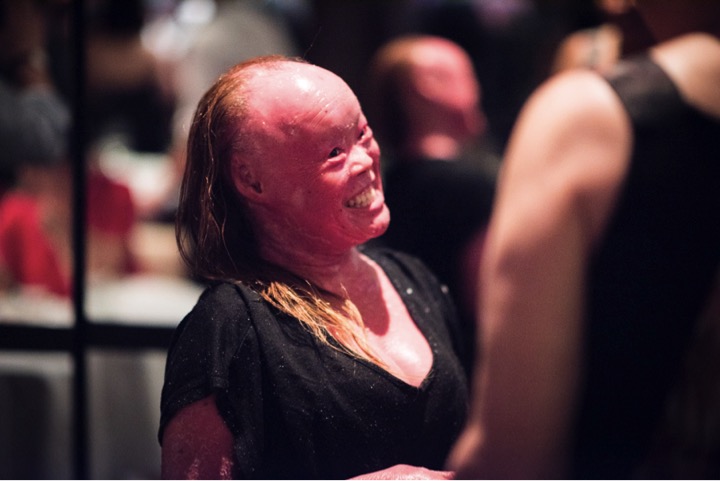 God had put a purpose on Mui’s life, to inspire and change the hearts of others. Her Facebook page has had an even greater impact than any of them had hoped, and Mui says she been amazed by all of the support, including messages from people in her past reaching out to apologize for how they treated her. Mui says,

“I hope that people will be more accepting of those with visible differences and with special needs. And know that even though they look different, they’re still people. Hopefully, for people troubled with difficulties, our story can offer the sort of hope and support that would get them out and running again.”

Though life has gotten better, Mui still faces challenges on a daily basis. Her body is constantly covered with small abrasions, and she usually gets one or two more serious cuts a month. Infections also occur once or twice a month, which she treats with antibacterial creams. 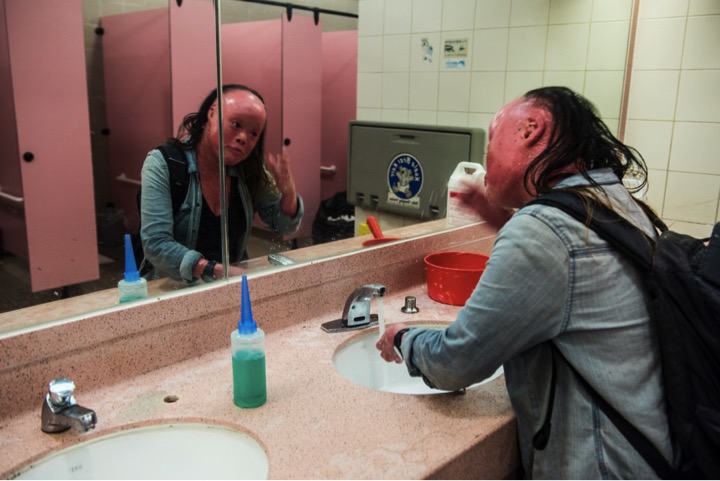 Aside from the physical torment, Mui still has to suffer the stares and discrimination that come with looking different. Just recently she encountered a particularly bad instance where a bus driver tried to kick her off of the bus because he said her appearance was making him sick. Fortunately, the other passengers stood up for her, but the incident was still deeply heartbreaking for Mui, who says she still hasn’t really gotten over the bullying she experienced growing up. 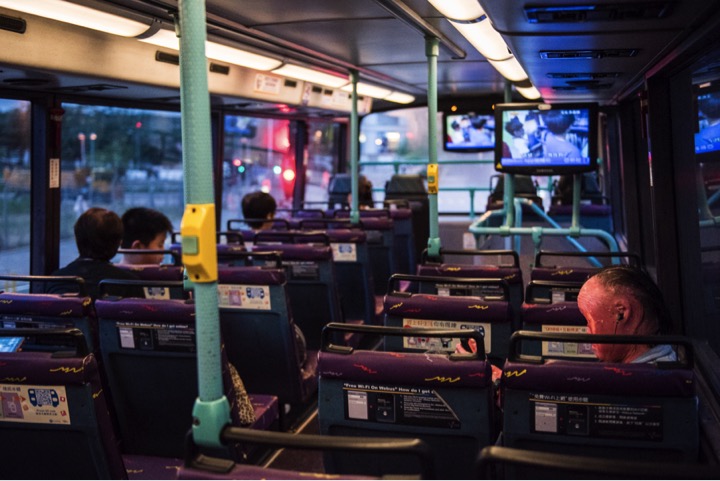 But through it all, Mui’s “never give up” spirit has endured and serves as a constant inspiration for others. She works as a special needs teacher by day, and in her time off, serves a as a rugby referee. She dedicates all of her spare time to training and working towards her goal of one day becoming an international rugby referee -- a job that is primarily populated by men. She says,

“I know it’s going to be a long journey, I know. But I know I’m going to make it there somehow. . . I’ve always been given the mentality of ‘just get out and do it.’ You know, it doesn’t matter what anybody else thinks, just go out and do what you want to do.” 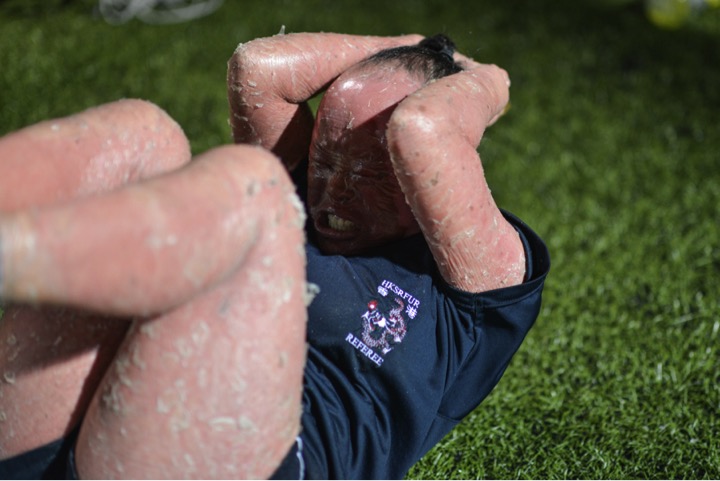 Because of her hard work and fighting spirit, Mui was recently honored by the Hong Kong Rugby Union with the referee award for being “inspirational in overcoming life's challenges and adversities.” She is regularly invited by organizations around the world to speak about her journey. And when she does, she usually shares the stage with her parents. Because, as her father points out, it’s not just her story, but her family’s story. 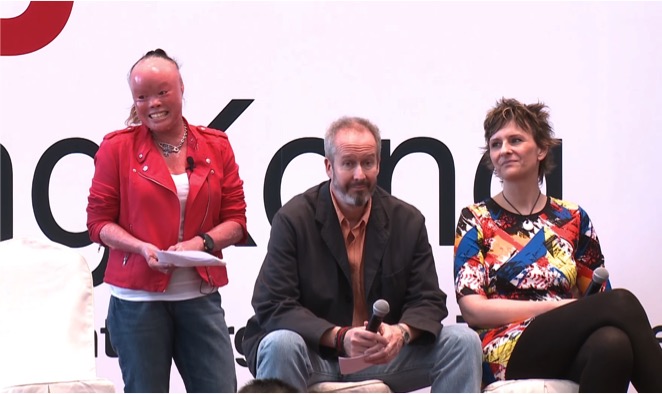 There are so many things to take away from Mui’s story. There’s power of adoption -- just how meaningful it is to both the child and the parents. There’s the value of a good support system -- just how vital Tina and Roger were to giving Mui the courage to face adversity. There’s the call to end bullying and discrimination -- to instead accept those who are different from us.

But in addition to all of those things, there’s the message to never give up. Mui embraced all of the challenges in her life and used them for a greater purpose. Her mission is to encourage and inspire others. And she says, “Don’t let anything stop you.“

Hear Mui talk about her disease and the impact it has had on her life in the video below:

Here’s another uplifting story about how a teenager with severe psoriasis found inner beauty.