They Tried To Get A 13-Year-Old Rape Victim to Kill Her Baby. Until God Stepped In!

God Is At Work!

When I was in the 8th grade, typically the biggest thing I had to worry about was studying for my next big math test. So, I can only imagine how overwhelming it must have been when a 13-year-old girl found herself pregnant after being raped. And who had so many people pushing her towards abortion. Suddenly, at only 13, she held the decision of life and death in her young, traumatized hands. But God had a much bigger plan for this girl and that little baby! 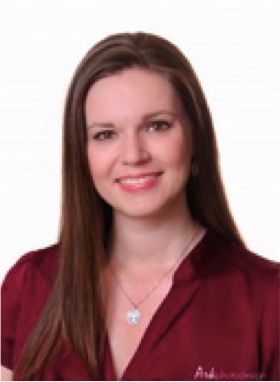 God’s plan centered around Julia Schoch, a woman who lived several states away from the rape victim. Julia was at home with her husband, her 2-year old and her newborn daughter, recovering from a C-section. It was then that she received an email from an old friend -- a friend Julia had made a few years back while monitoring a message board for a pro-life organization.

During her work at the organization, Julia met a woman who’d had an 18-week abortion. The two became friends, and over the years, this woman eventually became a pro-life advocate as well.

While Julia was at home caring for her new baby, her friend was sharing her personal story of abortion at a Campus Crusade for Christ event taking place at her school. When she was finished, a girl in the audience came forward, sharing that her 13-year-old sister had become pregnant after being raped. The girl was receiving pressure to abort and was looking for help.

And that the email that Julia received from her friend.

Upon learning about this young girl who was considering abortion, Julia immediately felt compelled to help. She couldn’t explain it, but she had a strong feeling that she was meant to adopt the girl’s baby. So, while nursing her own newborn daughter, she prayed that God would make a way. To some, this would seem crazy considering she’d only just given birth herself. But as Julia explains,

“It was just that gut feeling that God gives you sometimes.”

And if there was any doubt that God was pulling Julia to save this baby, that doubt was eliminated when her husband, Andy, who had also read the email, came into the room. Julia realized that the suggestion of this adoption would probably sound crazy to her husband. Adoption was not something they’d ever discussed or investigated. They already had two children, one of which was only a few weeks old, and they’d not budgeted for the many expenses that go along with the adoption process.

But, before Julia could say anything, Andy told her that he wanted to adopt the girl’s baby. The Holy Spirit was clearly at work! And at every step along the way, he provided the means this couple needed to make the adoption a reality.

Julia informed her friend of their desire to adopt, and Julia was connected to the girl via a phone call. And the chilling conversation she had with this 13-year-old girl made it very apparent that God was behind this adoption.

The young girl told Julia that she had actually already tried to abort. And her harrowing account of what happened at the abortion clinic will shock you.

The girl spent six hours there. She was scared and uninformed, and so she looked to these doctors for answers and advice. But sadly, she could not have found a worse place to go for answers.

At the clinic, she was tested for sexually transmitted diseases (STDs), but was not informed of the results. An ultrasound was performed, but the doctors not allow the girl to see it. They informed her that she was 20-weeks pregnant, but assured the naive girl that the baby was not yet formed. That, of course, was a horrible lie. And not the only one told that day. 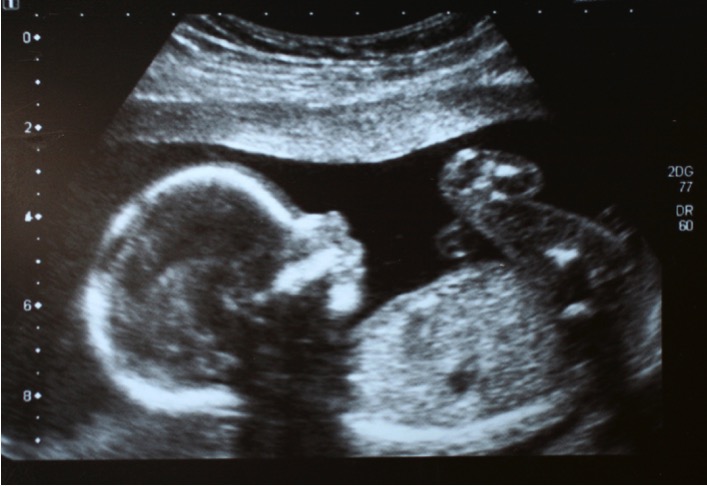 The young girl, who was not sold on abortion, asked about adoption. They told her that adoption was not really an option for her, because no one would want a “biracial rapist’s baby.” The doctors went on to tell the girl that, because she was so young, if she were to try to deliver the baby she would not survive. They left the girl and her mother frightened, and convinced that abortion was the only option.

Once the clinic had the girl and her mother’s consent, they did not bother to explain the actual procedure. Prior to the ultrasound, the clinic had provided a price for the abortion that had included local anesthesia, which is the type of anesthesia that is applied directly to a specific body part. For example, when a dentist uses novocaine to numb the mouth.

However, because the girl was actually 20-weeks pregnant, a different procedure was required which called for general anesthesia -- the type of anesthesia that puts a patient to sleep. The general anesthesia would cost quite a bit more, and was something the girl and her mother could not afford. So, the doctors decided to move forward with the procedure only using local anesthesia, leaving the poor girl awake for a procedure where the patient was intended to be asleep.

Metal stirrups were used to dilate the young girl -- a practice that can cause fertility problems later on -- and I can only imagine how traumatic being awake for such a procedure was. The poor girl was in considerable pain, and the doctor finally gave up on completing the abortion that day, complaining to the mother that the girl was making his job too difficult. He told the mother to find the money needed for the general anesthesia and to reschedule the procedure.

And that’s exactly when God called in Julia!

Julia’s call with the girl came during the time that she was waiting for the next abortion appointment. Julia and the friend who had experienced a late-term abortion herself took the time to educate the scared girl. They loaded her up with information and encouraged the girl to do her own research to ensure that what she was being told was accurate.

The girl finally began receiving prenatal treatment, and was treated for the STD the abortion clinic never told her she had, despite having tested her. The girl had contracted chlamydia, and had it gone on untreated, in addition to affecting her own health, it would have likely caused sterility, meaning she would never be able to get pregnant again.

Julia and her family were invited to be present when the baby was being born. And God was still showing them that He was completely behind this adoption! Julia says,

“She (the birth mother) asked us if we were thinking of names and if we would mind if she told us one she liked. Well, two weeks prior to meeting her, there was a girl at the park with a name we’d never heard before and we really liked it. [The birth mother] told us she liked the name Jaylyn. It was the same name we had chosen.”

Julia and Jaylyn’s birth mother are still in contact. And God is still at work! The girl and her mother are both now in church, as well as extremely pro-life. The birth mother has graduated high school and has moved on to college. And Julia couldn’t be more proud, saying,

“Personally, I think of this girl as a true hero. Because she not only went against her mom, but also enormous peer pressure & pressure from those in positions of authority – like the doctors in white coats. She had to be visibly pregnant walking the halls at school. Incredible courage. We believe she and birth mothers like her are the very definition of ‘mother’ – selfless love and sacrifice in action.” 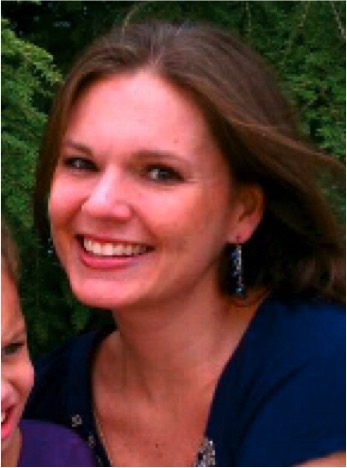 Julia and her husband have gone on to sign up to be foster-to-adopt parents, and currently have six kids. Their story has inspired many people at their church to also become foster-to-adopt parents. Julia has founded Respond For Life, a pro-life organization that connects pregnant women to the pro-life movement, providing opportunities to explore options outside of abortion. She spends much of her time speaking and providing trainings to educate people on the dangers of abortion. 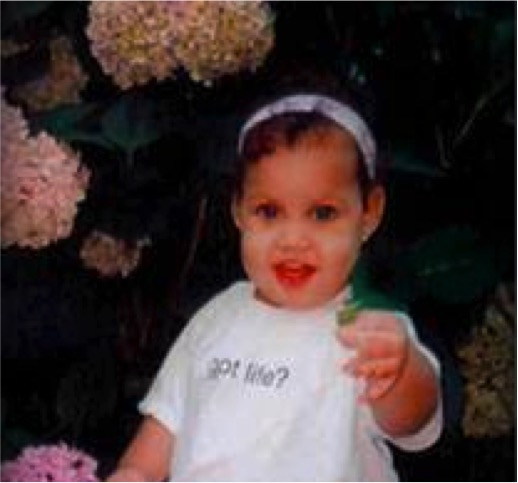 Jaylyn is now 9-years-old, and does have special needs due to the abortion attempt. She regularly receives occupational therapy, speech therapy and physical therapy. But God is using little Jaylyn in such a special way!

Julia says Jaylyn loves to worship at church, and prays wholeheartedly for so many people. She has a soft spot for other special needs children. Her best friend is another special needs boy who was a victim of Shaken Baby Syndrome. He is also adopted, and while he is blind, in a wheelchair and mostly deaf, he can hear the tone of Jaylyn’s voice as she sings to him, and it makes him smile and laugh.

What a beautiful heart the Lord has blessed Jaylyn with, and what a blessing she has been to Julia and her family. God’s hand can be seen in all of this! Julia says,

“Society tends to have a negative view of adoption. There is a misperception that adopted children are somehow inferior to biological children. I have found adoption to be an inexpressible blessing. A true miracle. I was able to more fully grasp God’s love for me through the adoption of my own daughter. My heart does not recognize a difference between her & my biological children. When we come to salvation in Christ, we are adopted as sons and daughters of God and He becomes our Father.” 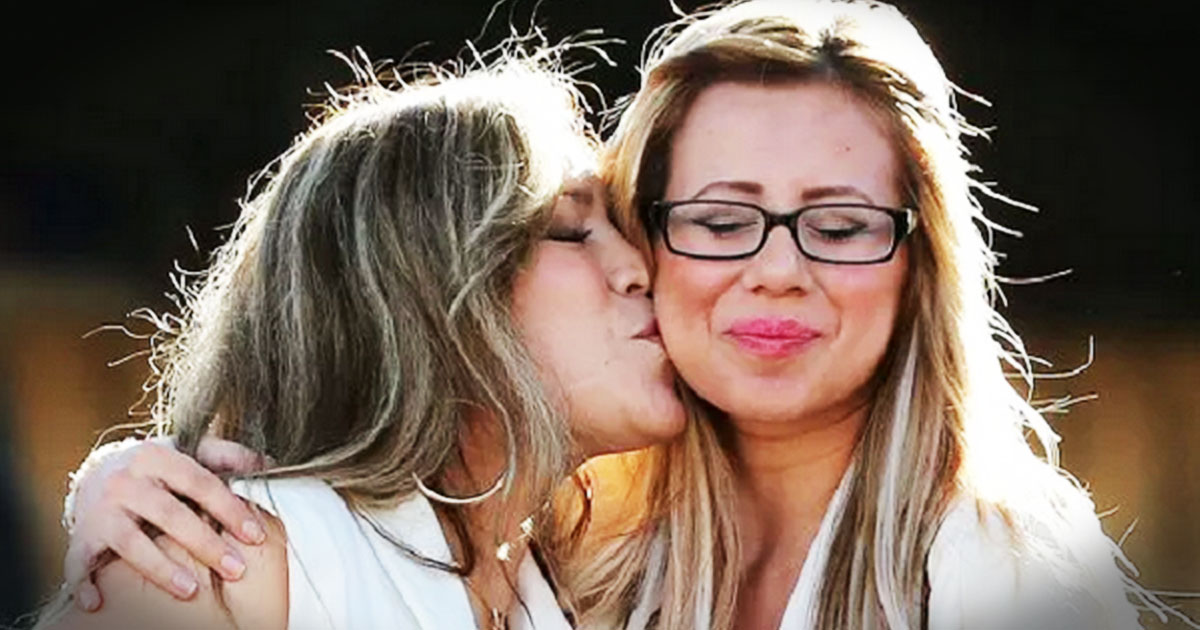 This 13-year-old rape victim shocks  those who said abort!